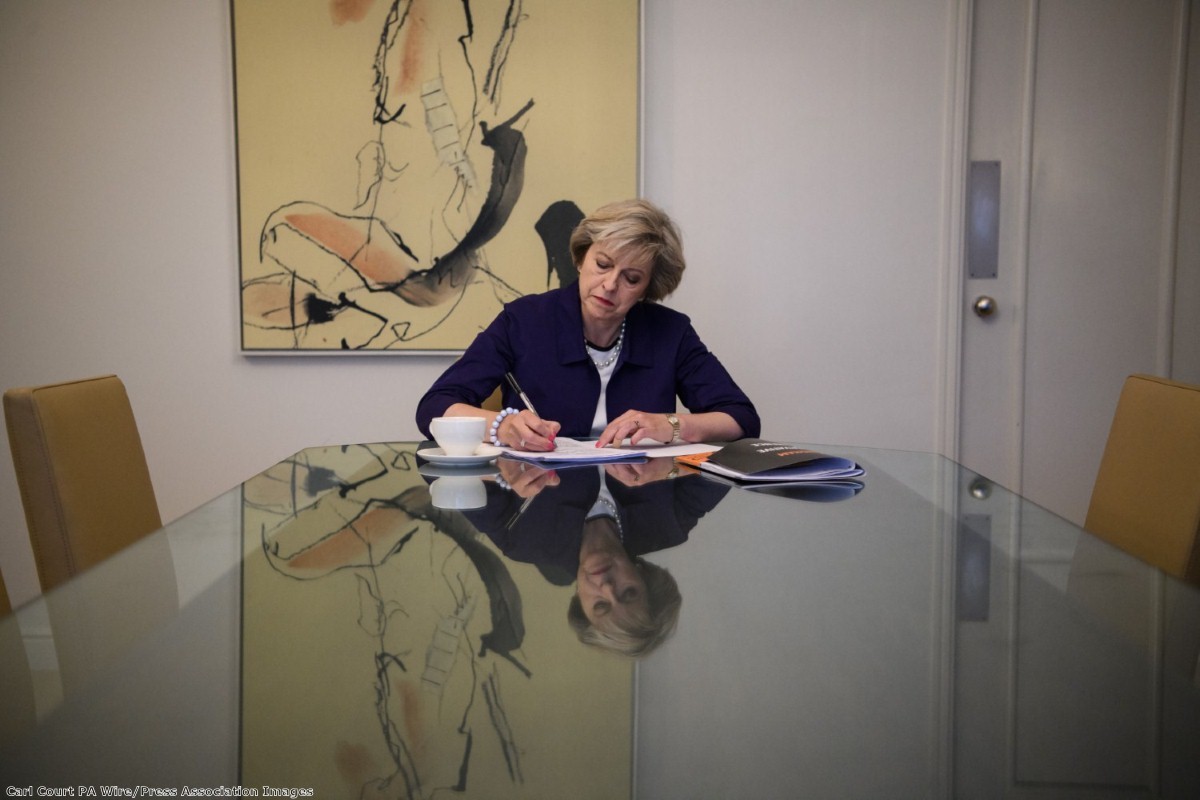 The Tories have finally become Ukip

Like a butterfly turning into a caterpillar, the Tories have finally become Ukip. The great party of government has become a right-wing fringe group installed in No.10. Diane James' resignation as Ukip leader is just the cocoon being shed. After all, what's the point of Ukip now? Its entire political mission has been adopted by the Conservative party and its emotional instincts have been internalised.

The policy is clear. Theresa May confirmed on Sunday that she would pursue a hard Brexit and pull Britain out the single market. What even 12 months ago would have been considered economically insane is now a cosy consensus. Her policy actually goes further than that which Nigel Farage's allies once held in the past. Even Aaron Banks, the aggressively eurosceptic donor to Ukip, not so long ago supported the Norway option, which apparently now is some sort of wishy washy betrayal of the democratic will.

To be clear, the difference between @Arron_Banks and Ken Clarke is six months.
You're welcome. #eeaoption #Brexit pic.twitter.com/PGf8C3SKty

Outside of Europe, the Tories are adopting Ukip's frenzied obsession with immigration. During just three days they have pledged to phase out foreign doctors, cut down on the numbers of foreign students, put landlords in jail for not checking their tenants' residency papers and 'name and shame' companies for hiring foreign workers.

But the policies are the least interesting aspect of this grotesque conversion. It's not what they're planning to do that's so revealing, but how they propose it. The infection is in the language.

The Ukip personality is a curious mixture of twitchy victimhood and swaggering aggression. It is now replicated by government ministers. Take the victimhood aspect. On the Today programme this morning, new home secretary Amber Rudd suggested with a straight face that people still didn't feel as if they could talk about immigration.

It’s an extraordinarily nonsensical thing to say. For a decade or more we've spoken of nothing else. Rudd clearly didn't notice but there was a referendum a little while back and the subject came up rather a lot. It is rare to the point of extinction to hear anyone say anything positive about immigration. Every time it is discussed, it is discussed as a problem, as a great burden for Britain to overcome, despite the enormous cultural, social and economic wealth we have gained from newcomers. And yet Rudd still manages to achieve the level of cognitive dissonance required to convince herself people are not allowed to talk about it. The only way you can manage this is by self-identifying so strongly as an oppressed minority that the reality of day-to-day debate does not touch you. Even when you’re a government minister. Saying you're not allowed to talk about something. On the radio.

The other side to this coin is the bullying arrogance, the thinly-concealed hatred of immigrants. And I used that word specifically. Over this conference, the veil of respectability has slowly being lifted away. This is not even really about immigration anymore. It's about immigrants themselves. Look where the constant 'othering' of immigrants has taken us.

Firms to have to list foreign workers, to "shame" them. Seriously? When did we become this country? pic.twitter.com/Ty1u9tO7yw

Theresa May tells BBC foreign doctors will be allowed to stay "until further numbers [of home-grown doctors] are trained". Doc-exit in 2025?

Take the foreign doctors policy. Doctors are to be 'allowed' to stay until we train up sufficient indigenous workers. As if these people, who have often been here for decades, treating, caring for and saving us, are here at our tolerance. Because after all, what other possible attitude could you have towards an immigrant? Certainly not equality. Certainly not human co-existence. Certainly not friendship. They are different, a foreign infection. At best we allow them temporary residence. And that is us at our kindest.

.Davis: "We have to make sure our own population are ready and equipped to work." #CPC16

Take the language used by Brexit secretary David Davis, as he talks about "our own population". What does he mean by this? Those who have citizenship? Those who were born here? Those with both parents from here, or just one? White people? "Our own" is us, so who is them? We all know. Wink wink.

For many, let's go ahead and admit it, it'll be white people. And they will hear a secretary of state validating their view. For others, maybe one parent is enough. For some – oh how liberal – anyone born here. But it's clear which game is being played. The us vs them game. The game whereby there are 'our people', our tribe, our group, and then the others. Who will never be us.

Liam Fox confirms refusal to give assurances to EU citizens in UK being used as negotiating chip, describes them as "one of our main cards"

Take Liam Fox and his admission that the rights of EU citizens in the UK are "one of our main cards" in EU negotiations. Just stop for a moment and take that in. They're not people, with families and friends and lives and careers here, not people who say hello to the man at the shop when they buy the milk, not people who do research or start companies, or fund the NHS, or teach kids. They are things. They are a tactical advantage. They are a means, not an ends. Our people are ends. European migrants? They are one of our main cards.

And what happens when we misuse our "main cards" as Theresa May and her hapless, dimwit ministers have misused everything else? After all, deciding when to trigger Article 50 was one of the UK team's main pieces of leverage, and she threw that away by casually saying when she'd do it on the Andrew Marr programme. Only after having done so did she ask Europe for preliminary talks, like a gunman throwing down his weapon and then telling his opponent to surrender. Europe of course said no.

What happens if they fail to leverage these cards like they did the Article 50 card? What is the logical consequence of Fox's comments?

Mass deportations. It sounds alarmist doesn't it? No, it wouldn't involve Nazi officers banging on doors. It would all be very polite and English. A very polite but firm Home Office letter would come through the letter box and it would have a deadline. If you don't make that deadline – or if the authorities say they have reason to believe you won't – the immigration enforcement vans come.

The sudden exodus of three million people from the UK. That is the suggestion. That is the threat. That is what is implicit in Fox's card game. It might be the most shameful policy Britain has considered in living memory. It is so shameful no-one dares say it out loud. They only imply it. But that is what he is proposing. That is the reality.

This is the great and final victory of Ukip. They have taken their economically catastrophic EU agenda, their bizarre sense of thin-skinned personal victimhood, and their culture-war poison over immigration and embedded it in the guts of the Tory party.

Like some GCSE performance art piece, May will then take to the stage this afternoon and say that the Tories are the new centrist party.  In actual fact they have drifted further to the authoritarian nativist right than at any point since Thatcher and arguably before then.

We are entering a profoundly dangerous moment in British political history. Ukip appears in disarray. In truth, it is in charge.