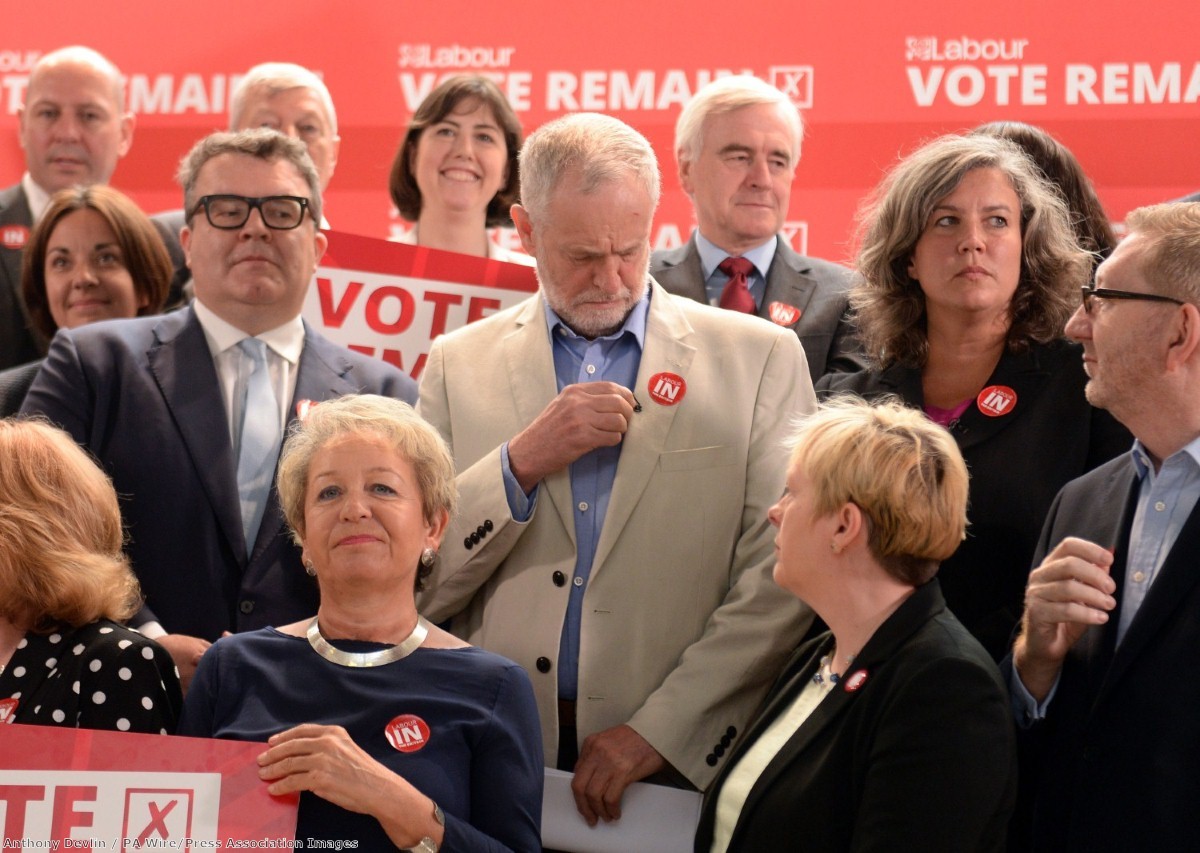 La Pasionara vs Captain Mainwaring: MPs battle to be candidate to take on Jeremy Corbyn

Both Labour MPs seeking to challenge Jeremy Corbyn claim they are the "unity candidate" able to bring a divided party back together.

However, there was little sign of unity among their supporters this afternoon as they took part in their first leadership hustings.

Angela Eagle and Owen Smith took questions from Labour parliamentarians about their respective campaigns for leader at a packed meeting inside Parliament.

But while feelings towards Corbyn among Labour MPs are at all time lows, there is significant division among his rivals as well.

Asked how Smith had performed afterwards, one supporter of Eagle told reporters he was like: "a Welsh Captain Mainwaring"

"Owen is really good but he's a member of the Taffia," Labour MP Stephen Pound said.

He then compared Smith to the lead character from the sitcom Dad's Army.

"Owen is capable, competent, professional but [there's] a slightly Captain Mainwaring quality about him.

"Angela was like La Pasionara. She was at the barricades…  There 's room in life for a Welsh Captain Mainwaring but I'm not sure [it's what we need]."

Pound claimed that Eagle had "won on the clapometer" with MPs.

However, Smith's supporters dismissed this, telling Politics.co.uk that Eagle's supporters had been "organised" to clap and cheer their candidate.

Pound's comments come as momentum appeared to be shifting away from Eagle. Party insiders suggest that Smith is likely to gather the most nominations.

However, Smith's supporters are concerned that Angela's early start may have given her an advantage, particularly among Labour MEPs.

It's also not clear whether Eagle will step down if Smith exceeds her on nominations. Smith today offered to step aside if Eagle gets majority support from Labour MPs. Eagle declined an opportunity to say the same.

Jeremy Corbyn also attended today's hustings. In an apparent charm offensive, he addressed Labour MPs and promised to bring the party and country together. MPs leaving the meeting appeared unconvinced.

"I agree with Jeremy that we should have a Labour government, but I just don't think he really believes that," Labour MP Chris Bryant said.

After a series of terrible polls for Labour in recent days, Corbyn told MPs he planned to enthuse people to vote for the party through the use of "online media".

"There was quite a lot of scepticism and cynicism about that," Bryant said.

Nominations for the Labour leadership open tonight at 7pm and will close at 6pm on Wednesday.