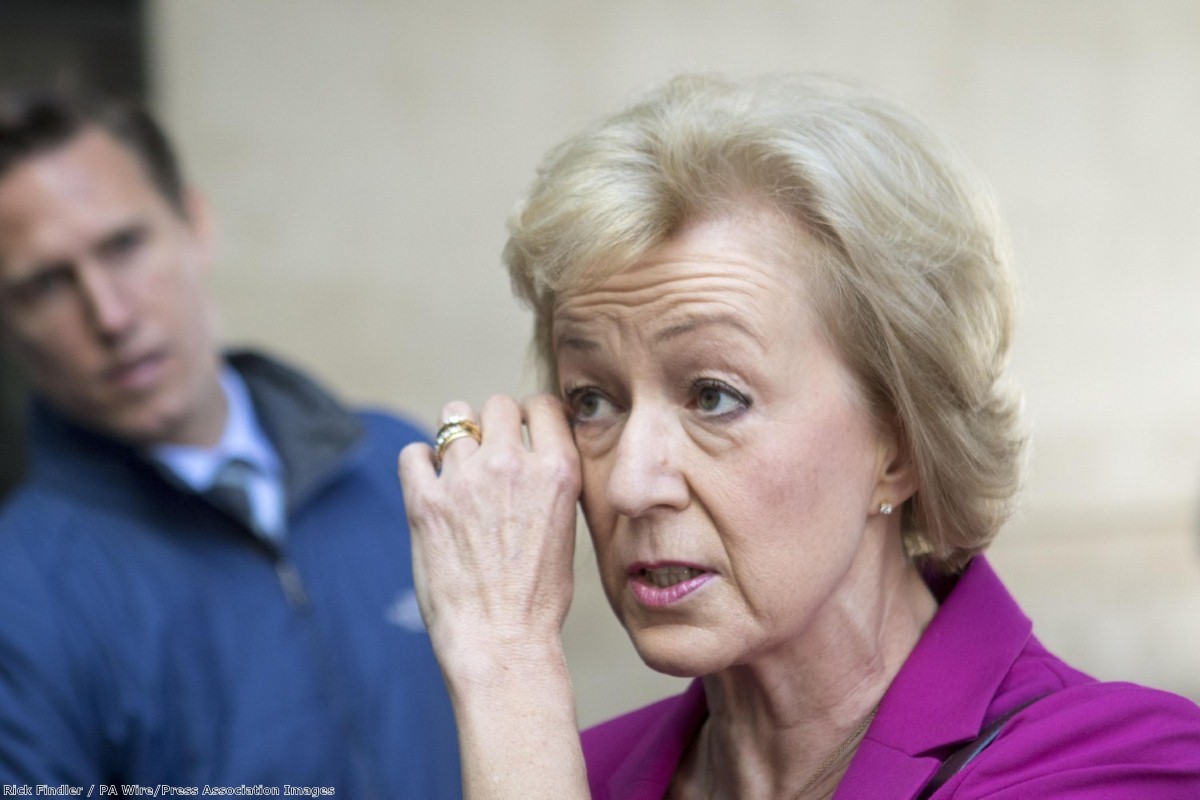 Leadsom steps down: Britain has dodged a bullet

Today was almost as important to Britain's future as the day it voted to leave the EU. Since June 23rd, we have been in a state of total uncertainty. What was Brexit? Would we pull out the single market? Would we get a Norway, or Swiss, or Canadian or WTO deal? No-one knew. But the exit of Andrea Leadsom from the stage has offered several reassurances.

Leadsom was the armageddon candidate. She would have torn apart an already divided country with aggressive, mean-spirited comments of the sort which got her into trouble over the weekend. But there were two things she said in particular which showed her to be unimaginably dangerous. Firstly, that the single market was "not a term that is any longer relevant", by which we presume she meant she'd leave it. And secondly, that Article 50 should be activated as soon as possible.

These twin views spelled doom for Britain. Activating Article 50 gives you a two-year timetable to drop out the EU. That's OK if you're staying in the single market. But if you're not, you're going to want to sign trade deals with the whole world. Britain does not have the negotiating resources for that endeavour and even if it did the timescale would be impossible. What would happen, as it stared into the economic abyss, is that Britain would simply accept whatever trade deals were offered. It would be ruinous, but less ruinous than having no trade deal at all. Britain's status would probably be permanently damaged. Leadsom appeared to have no understanding of these issues or appreciation for what activating Article 50 would entail. Her presence as prime minister was not much less than a threat to the national interest.

Instead, mercifully, we have May. She has a mixed – and often very cruel – record as home secretary, but is likely to prove a formidable prime minister. That much should be evident from her speech this morning, which was canny and ambitious enough that it could, almost word for word, have been delivered by a Labour leader.

But there was something even more interesting in there. Look at the passage which the broadcasters are going with, presumably because it appears to say to Leavers that she can be trusted to push through Brexit:

"There are politicians – democratically-elected politicians – who seriously suggest that the government should find a way of ignoring the referendum result and keeping Britain inside the European Union. And there are business leaders whose response has not been to plan for Britain's departure or to think of the opportunities withdrawal presents – but to complain about the result and criticise the electorate.

On the face of it, it's a red-blooded, chest-beating Brexit message. But look closer and it is essentially meaningless. Brexit might mean Brexit, but we've no idea what Brexit is, so that alone doesn't enlighten us. This passage could very easily have included a passage on the single market, if May had any intention of leaving it. But it doesn't. It mentions legal shenanigans, a second referendum and a 'back door', but no single market. That's a very telling omission.

This country faces a dilemma made of competing economic and political demands. The politics are that the government must satisfy the demand for an end to freedom of movement made clear during the referendum. The economics are that to do so would entail leaving the single market, which would be a catastrophe for this country's economy and standard of living. As the negotiations go on, these two mutually incompatible demands will be like that bit in Star Wars where the walls close in on the good guys and threaten to crush them.

Leadsom did not appear to have the intelligence to understand this problem, but even if she did, she’d have simply capitulated to the political demands. She was the Ukippy hard-Brexit candidate. She knew which side her bread was buttered on.

But May will be more circumspect. Pulling out the single market might give her a short term political boost from anti-immigration figures, but the history books would judge her very harshly for impoverishing her country.

She is highly likely to seek an interim deal, one which keeps us in the single market, can be presented as temporary to Brexiteers, calms the markets, and most importantly buys her time to try to find a solution to this impossible problem she's been dumped with. And by 2020, or whatever date she sets, who knows where public mood will be?

That alone would be far superior to any course of action proposed by Leadsom.

Today wasn't quite as dramatic as the day Britain voted to leave the EU, but it is the most important thing to happen since. It's the day that the most dangerous repercussions of the vote started to fade. We're still in an awful lot of trouble, but we're in less trouble than we were when we woke up this morning.