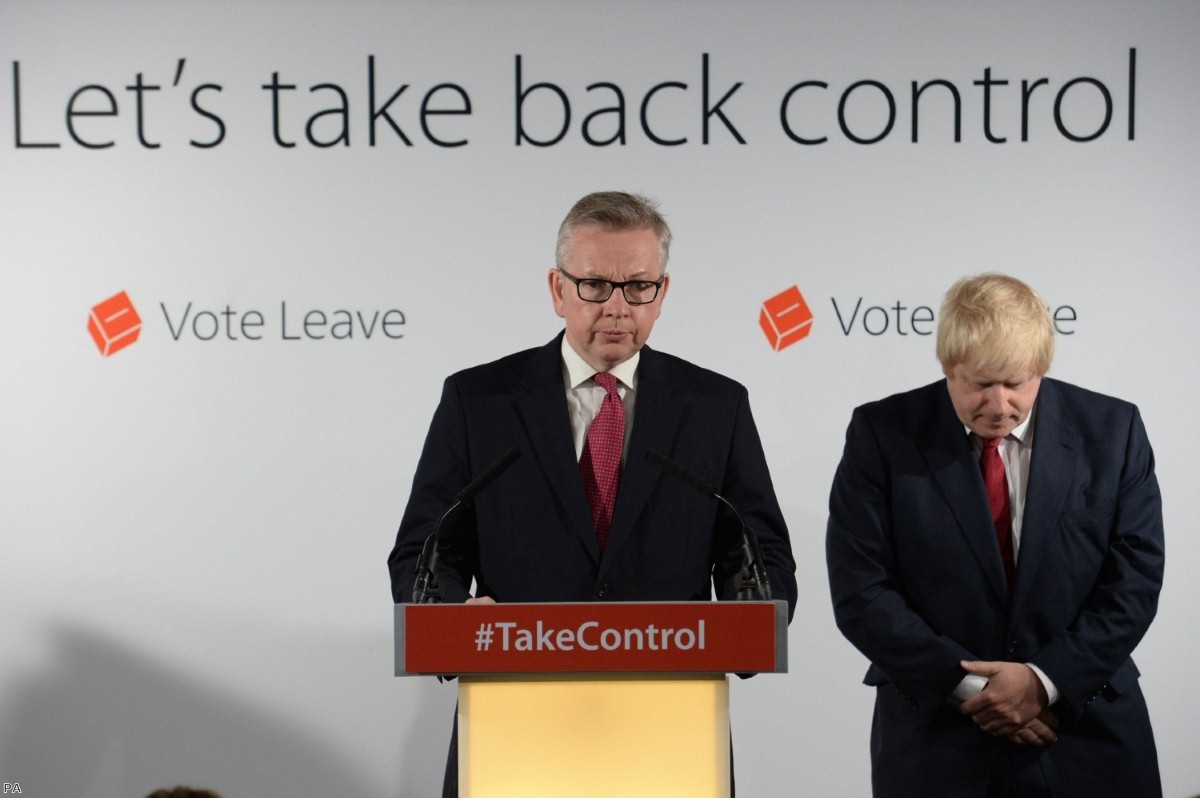 Boris Johnson abandons his leadership bid before it’s even launched

It was famously said of Michael Heseltine that: "He who wields the dagger, never wears the crown." The then former chancellor was long-regarded as the likely next prime minister, but lost out after being seen as disloyally knifing Margaret Thatcher.

Now history has repeated itself. Within the past few minutes Boris Johnson announced that he would no longer be running to be the next Tory leader and prime minister.

He told journalists at an event booked to launch his leadership bid that "after having consulted my colleagues and the views in parliament I have concluded that person [to lead the country] cannot be me."

Johnson's announcement followed a series of fatal blows to his leadership hopes.

First came a poll of Conservative party members this morning which found his support has crashed in recent months. The YouGov poll for the Times found him seventeen points behind the front runner Theresa May in who would make the best next leader and prime minister.

Boris's clearly ambition-driven decision to campaign for Leave, followed by his behaviour in that campaign, appears to have done serious damage to perceptions of him among party members. His subdued performance in the wake of the referendum result, followed by his bizarre Telegraph column on Monday, parts of which he was forced to retreat from just a day later are also likely to have hurt him. According to YouGov positive opinions of Boris have sunk 13 points to 58%, while negative opinions of him have more than doubled to 30%. Overall he has a positive rating of just 28% compared to 59% for Theresa May.

Pollsters have developed a bad image of late but YouGov have an excellent record of judging candidates' support in internal party selections. It was clear that in a straight race between May and Boris, the home secretary would be the clear favourite.

However, this morning it emerged that it wasn't going to be a straight two-horse race after all. In what has to be one of the most dramatic announcements in recent political history, Michael Gove announced that he will now be running for leader, despite previously suggesting that he was backing the former mayor.

Wow. Michael Gove to stand for leader after all. Sticks knife into Boris Johnson https://t.co/EZRM3ARfNp

In a statement this morning, Gove said of Boris: "I wanted to help build a team behind Boris Johnson so that a politician who argued for leaving the European Union could lead us to a better future."

"But I have come, reluctantly, to the conclusion that Boris cannot provide the leadership or build the team for the task ahead."

As political knifings go, this is about as cold as it gets. After being a near cert to get into the final two of the Conservative leadership race, Gove's entry meant that Johnson may not have even got past the first hurdle needed to become leader. This morning there was a heamorrage of support from Team Boris towards Gove. Tellingly this included Nick Boles, who previously worked for Johnson and announced his support for the former mayor just yesterday.

Bookies today made Gove second favourite to be the next prime minister behind May. As today's YouGov poll found, the justice secretary is still hugely popular with members, even if he is a much more divisive figure among the wider public. He is also likely to get the backing of both the Murdoch-owned newspapers and potentially the Mail. As Sarah Vine's leaked email confirmed yesterday, Boris has long been viewed as untrustworthy by sections of the right-leaning press. Gove who, like Boris, is a former journalist, has by contrast always received an overwhelmingly positive reception in those papers.

Current frontrunner Theresa May seemed to enjoy twisting the knife into Boris this morning as she launched her own leadership bid. In a series of  barely concealed barbs at the former Tory favourite, May suggested that Johnson couldn't be trusted either with fulfilling his promises on issues like immigration, let alone in running the county. In one particularly cutting reference to her previous refusal to license Boris's water cannon she added that: "Boris has negotiated in Europe. Last time he did a deal with the Germans he came back with three nearly-new water cannon."