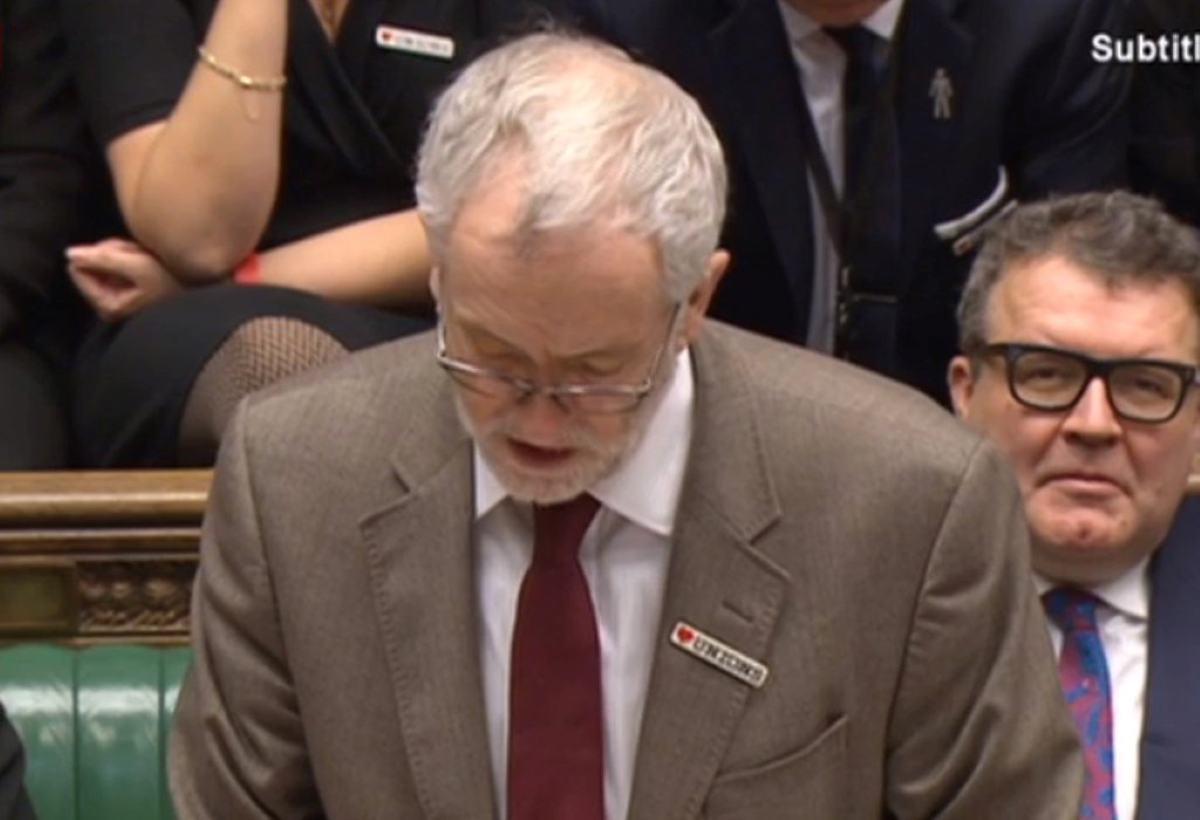 Do Corbyn plotters have any ideas apart from getting rid of Corbyn?

The Tory party is a threat to the national interest. We need a Labour leader who can defeat them. And that leader plainly isn’t Jeremy Corbyn.

He must go, not to save Labour, but to save the country. Look at what has happened since the Conservative party took over. Their austerity programme devastated British communities and put rocket boosters on Scottish nationalism. Those rocket boosters may not have been enough to win the independence referendum, but they’ve turned the SNP into an astonishingly robust political movement since then. The Tories then pitted the English against the Scots at the general election. Then they started an EU referendum to sort out their own internal challenges, turned it into a national spasm of xenophobia, and lost it, in a way that threatens to turn Britain into an economic irrelevance. Now we’re facing another Scottish independence referendum, and this time the nationalists look set to win. There is also a severe threat to the Northern Ireland peace agreement and our control of Gibraltar.

The Conservative party is clearly unfit for government. Their political programme now poses an existential threat to the United Kingdom. The possibility of a general election now offers us a glimmer of a chance to get them out before they can do any more damage.

Corbyn has done nothing since he was elected leader to suggest he can win a general election. He is plainly intellectually, politically, presentationally and strategically unable to do so.

That’s not a gleeful observation. Corbyn is a decent man and he could have done many interesting things with the opportunity handed to him by the influx of new Labour members. But it was obvious from the moment he hired Seumas Milne that wasn’t going to happen. No matter how loyal or how principled, Corbyn supporters in the Labour membership must see he isn’t going to win. And it’s increasingly clear this country cannot survive another five years of Tory leadership.

But it’s not enough for someone to just not be Corbyn. One of the depressing things about his critics is that they rarely contribute any ideas of their own. The admiration for Liz Kendall and Dan Jarvis seems to stem primarily from the fact they both look good holding a gun. It’s actually quite patronising. You can almost hear their supporters thinking: ‘Yeah, they’ll like that, the working class lot, a bit of rough and tumble.’

Labour is experiencing its own class war, with many working class supporters suddenly at odds with liberal middle class supporters. But that’s not just a Labour problem, it’s a British problem and arguably a western problem. From Nigel Farage to Donald Trump, we see the far-right seizing an angry public mood and directing its anger in a direction which profits them.

Who in Labour has an answer to this question? Who is able to channel the frustrations and anger of voters who feel they’ve been left behind into progressive policies, rather than blaming immigrants, Islam and Europe? The only person even starting to do the intellectual heavy lifting on this is Yvette Cooper, who has been far superior since unsuccessfully running for leader than she ever was when doing it. Her proposals for Labour reform of European immigration rules showed she was at least thinking actively about what kind of ground the left can give way on in order to have a place in the debate. It was tiny stuff, barely even a first step, but it showed she was at least thinking. Depressingly, that’s currently the high water mark of Labour’s approach to the crisis facing it.

There needs to be far more policy imagination. And there needs to be a sign from professional politicians that they can talk using clear, evocative language of the sort which won the referendum for Leave and the Republican candidacy for Trump. The debate isn’t just about policy – it’s about democratising the manner in which politics is conducted.

There’s time for that. Britain could be going back to the polls in a matter of months, with Boris Johnson running on the back of his Brexit deal and Labour running on campaign to return Britain to the EU. These catastrophes – Tory austerity, Britain’s exit from Europe, the likelihood of Scottish independence, disaster in Northern Ireland – can be prevented.

Corbyn can’t do it. Perhaps his critics could. But they need to show there’s more to them than just not being him.