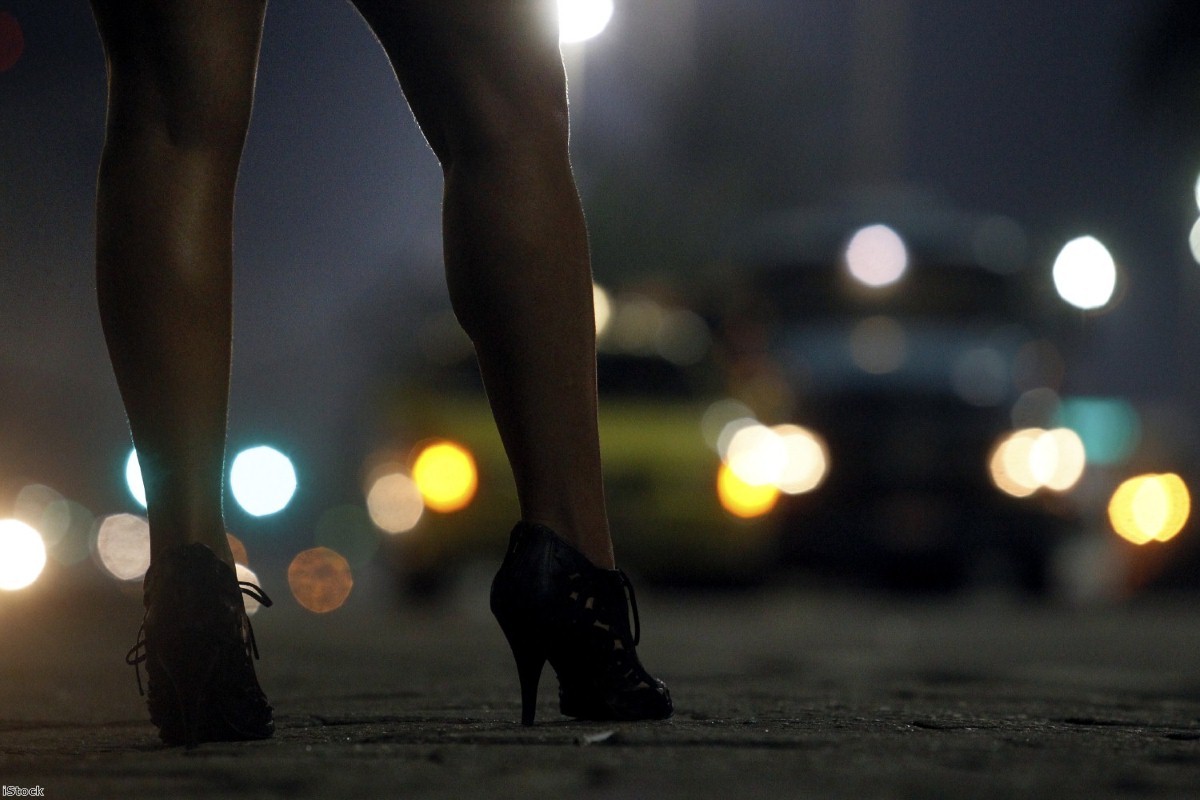 Liberals must face the reality of what prostitution does to women

It seems that everyone has an opinion on prostitution, but few know very much about it. That is certainly what I found in researching my book on the global sex trade. Mythology, rather than informed opinion, rules.

I am told on a regular basis that criminalising any aspect of the sex trade will "force it underground" – something that does not happen for the simple reason that the punters need to find it. I hide my despair at hearing, for the millionth time, that if men cannot access paid sex they will be forced to find a woman to rape, which is tantamount to arguing that men have no control over their sexual behaviour. And I am informed that decriminalisation will result in almost zero violence towards 'sex workers' because it is the police who carry out the vast majority of rapes. Sometimes, those who come out with this rubbish describe themselves as current or former sex workers. The unpalatable truth is that not everyone that earns a living selling sex is expert in what might be the best way to legislate or manage the sex industry. Self-interest and, all too often, self-delusion trumps sense and logic.

The biggest ruck in recent decades between the 'sex workers' rights' activists and feminist abolitionists is over the growing popularity of the Nordic model as a way to deal with the problems inherent in the sex trade. The Nordic model shifts the criminal burden onto the buyer, removes it from the prostituted person, and offers support and exiting services to those wishing to leave the industry.

Scottish Labour has argued in its recently published manifesto that it supports the Nordic model. If the policy were to eventually become legislation, Scotland would be following in the footsteps of Sweden, Norway, Iceland, Northern Ireland and France. Several other countries are considering introducing the so-called Nordic model, including countries that have previously legalised all aspects of the sex trade, namely Germany and Holland.

'But you are denying sex workers their agency! Sex workers want rights not rescue. It is a choice. The only harm to sex workers is perpetrated by abolitionists and the police. The New Zealand model is the way forward. If you criminalise the client, the sex worker is criminalised by default.'

The reader will be familiar with these arguments, because this publication seems to favour blanket decriminalisation of the sex trade over any other approach. Just use the ‘search’ facility and have a look at the number of pro-decriminalisation articles compared to those favouring criminalising the demand.

One of those articles denouncing the Nordic model contained the risible line, "Why is it so hard to accept that women enjoy sex and can make informed decisions about their own bodies?" The author, Ugly Mug coordinator Alex Feis-Bryce, seemed to imagine that women are involved in prostitution because of the multiple orgasms on tap from encounters with punters.

I am a secularist, feminist, human rights activist who opposes all unnecessary intervention of the state. I believe that the sex trade should be eradicated because it is both a cause and a consequence of women’s oppression, not because it involves sex outside of love and marriage.

No other human rights violation towards women and girls, which is how feminist abolitionists view prostitution, is so grossly misunderstood by the vast majority of citizens the world over. Whilst domestic violence has often been, and sometimes still is, assumed to be the fault of the victim ('she was nagging him', 'she failed to understand his moods') there has been a significant improvement, as a result of feminist campaigning and interventions, in the way that those experiencing it are supported and the perpetrators called to task.

Rapists are often seen as men who could not 'help themselves', or who were coerced into committing such a crime by the behaviour and dress sense of the victims, but increasingly, again as a result of feminism, rape is viewed as an expression of misogyny, rather than one of uncontrollable sexual desire.

In recent years, despite the increasing numbers of women coming out as 'survivors' of the sex trade, the dominant discourse is one of prostitution being about 'choice' and 'agency' for the women involved. The only human rights abuse in the sex trade, according to the liberals, libertarians and many of those who profit from selling sex, is when men are denied the right to  purchase sex.  The renting of women’s orifices for sexual release is not, on the other hand, considered a violation. The women selling sex, according to this logic, are the victims of pearl-clutching moralists who wish to take away their right to earn a living, rather than of sexual servitude.

The war that rages between feminists such as myself, who seek to abolish the sex trade, and those who see prostitution as a valid choice, is fuelled by the widely held belief that feminist abolitionists wish to 'rescue fallen women' and demonise the men who pay for sex.

The battle is currently being fought in the home affairs select committee inquiry on prostitution. Yesterday, Paris Lees and Brooke Magnanti gave evidence to the committee. Both women have sold sex in the past. Both are rabidly opposed to the Nordic model, and, during their evidence, refused to acknowledge the harms of the sex trade. When asked if she had ever witnessed or experienced violence during her time in prostitution, Lees replied: "No, I've never been raped – I'm a sex worker, not trafficked". It's as though only trafficked women are ever abused by pimps or punters.  I have interviewed 40 sex trade survivors for my book and over 100 previously for other research.  Every single one had suffered multiple rapes. Rape endemic in prostitution is universally documented.

Lees and Magnanti joined the chorus of other sex workers' rights activists opposed to the Nordic model when they said they would favour blanket decriminalisation of the sex trade, such as adopted by New Zealand in 2003. According to its cheerleaders, women find it easier to report to the police since all laws on pimping and brothel owning were repealed. But according to the government’s own report on the law, five years after decriminalisation, the women find it just as difficult to report as they did prior to 2003. It is a commonly-held assumption that decriminalisation reduces stigma towards the women involved. However, as the same report states: "This appears to have changed little post-decriminalisation. Stigmatisation plays a key role in non-reporting of incidents".

The women in the sex trade I met on a recent research visit to New Zealand told me the law has not helped them at all. The street-based women said the police are still abusive arseholes, and those in brothels said that as a result of decriminalisation the pimps now have more power and legal rights than the women.

The Nordic model is not perfect. But at least it is visionary and progressive in that it sends out a clear message that women are not commodities to be bought and sold, and that men will not simultaneously combust if they can’t get their rocks off with women they have to pay in order to get their consent. The commonly held and deeply depressing view that demand for prostitution can never be eliminated is as absurd as arguing that the working classes belong in the gutter.

Julie Bindel is a writer, feminist, and co-founder of the law-reform group Justice for Women. Her new book, The Pimping of Prostitution: Abolishing the Sex Trade Myth, will be published by Palsgrave McMillan in 2017.