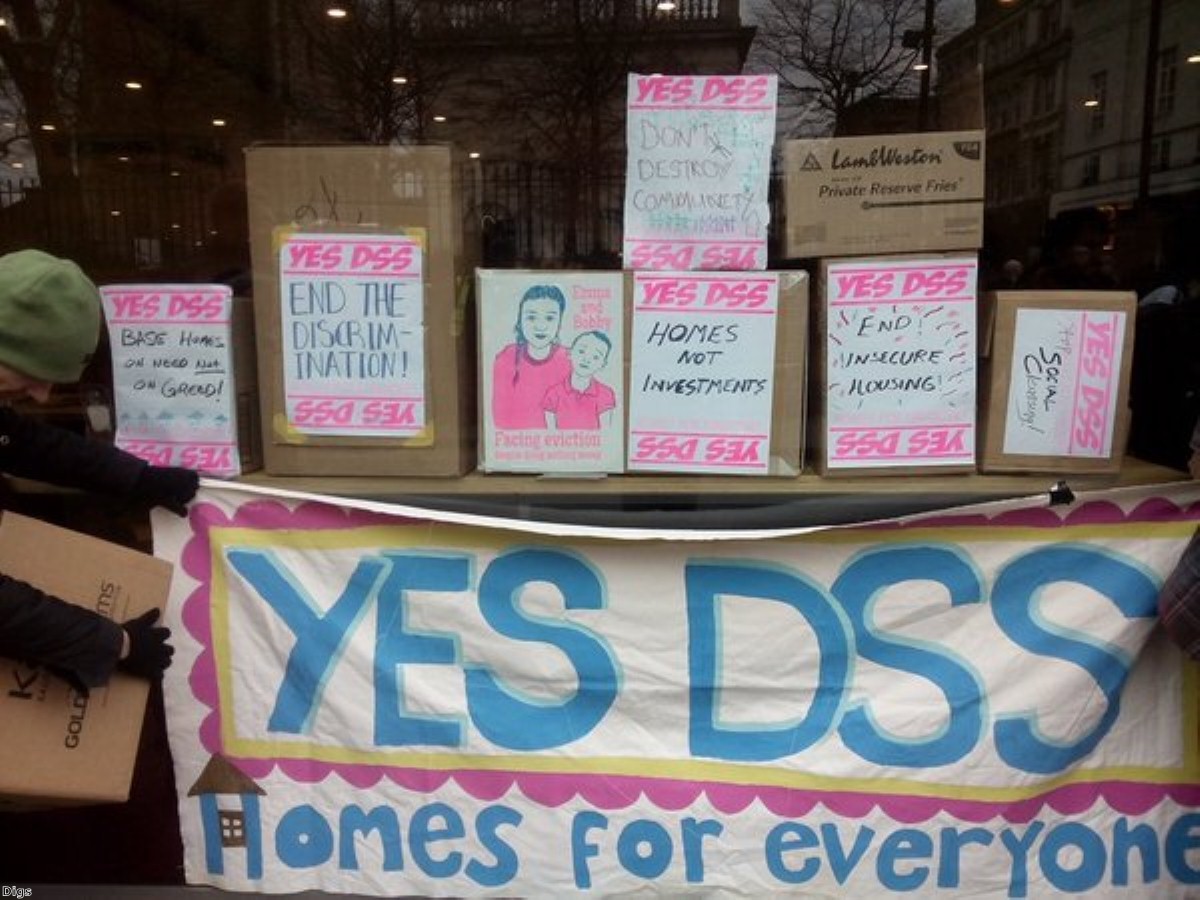 The Welfare stigma which is leaving the poorest homeless

It's hard to think of a worse time in the last 50 years to be on benefits and living in London. Soaring rents, a massive shortage of social housing and the effects of the benefit cap have left thousands of people struggling to find a place to live. Add to that the stigma which is now attached to claiming welfare and you have a situation which makes it almost impossible for the capital's poorest residents to find a home.

These difficulties were highlighted by a recently leaked email from the estate agents Foxtons. It showed one of the company's employees trying to discourage a landlord from renting to people on housing benefit. Foxtons were quick to confirm that this isn't company policy and said they were disappointed to learn about the incident. But the attitude of the employee who sent the email will come as no surprise to anyone who receives benefits and has tried to rent a property in recent years.

Take the experience of one woman who told her story to the housing campaign group Digs. While recovering from breast cancer treatment, she was given notice to leave her rented accommodation. She assumed that because the disability and housing benefit she receives covers the cost of rent, she would have no problem finding somewhere else to live. She was wrong.

"Many [estate agents] hung up on me the moment I said the words housing benefit," she said, adding: "Others gave me the brusque reply that they 'don't do benefits' and again hung up on me."

And it wasn't just estate agents who didn't want to know. The woman said the landlords she approached directly were equally put off by the idea of letting a property to somebody on benefits.

"Many were rude and told me I had wasted their time. One estate agent simply opened the door and asked me to leave the property. It was so demoralising, it felt like I was being treated as less than a person. I felt so judged for being sick."

This isn't an isolated case. Right across London, estate agents are turning away people on welfare. Digs recently 'mystery shopped' 50 letting agents in and around Hackney and found that 22 of them refuse to let to people on housing benefit.

"The fact is, letting agents, landlords and mortgage lenders are all making huge amounts of money from the shortage in genuinely affordable housing and they all have a role to play in stopping discrimination against people on benefits."

We're on our way down to the town hall! Join us, say it loud #YesDSS! Let's stop blacklisting of benefit claimants pic.twitter.com/4XIiC1BUsF

And it's not just private rentals that benefit recipients are being shut out of. A change to Ealing council's housing allocation policy meant that 20% of all available lettings in the borough were being reserved for working households only. A recent legal case brought by one family who were victims of domestic violence and another household with several disabled members claimed the policy was discriminatory. The judge agreed. But as the housing solicitor and blogger Giles Peaker, pointed out, Hammersmith and Fulham, Bexley and Barnet local authorities all have similar policies.

This is big. Barnet, H&F, Bexley have similar schemes. https://t.co/QZSVxxifW0

Though all those noted as having a more nuanced allocation scheme than Ealing’s, which went down on every ground. https://t.co/LIMO1eLJAb

"In London we have reached a perfect storm for people looking for private sector tenancies who need housing benefit to meet the rent," Peaker, who works at Anthony Gold solicitors, says.

"Caps on housing benefit have made it all but impossible to find suitable, affordable housing, while rents rise rapidly. Agents, whether of their own choice or on landlord’s instructions, won’t even consider prospective tenants who would need housing benefit to pay the rent and some actively try to persuade landlords not to take housing benefit tenants."

This weekend, campaigners from Digs will be visiting some of the estate agents they have 'blacklisted' following their recent research to challenge them over their policies. The group says the campaign is already having an impact.

"We've already heard back from some letting agents who have responded positively to our Yes DSS campaign and are changing their practices to make them friendlier to people on benefits, so we know this is possible," Kennedy says. "We will continue to publicly shame the remaining Blacklisted agents until they do the same."