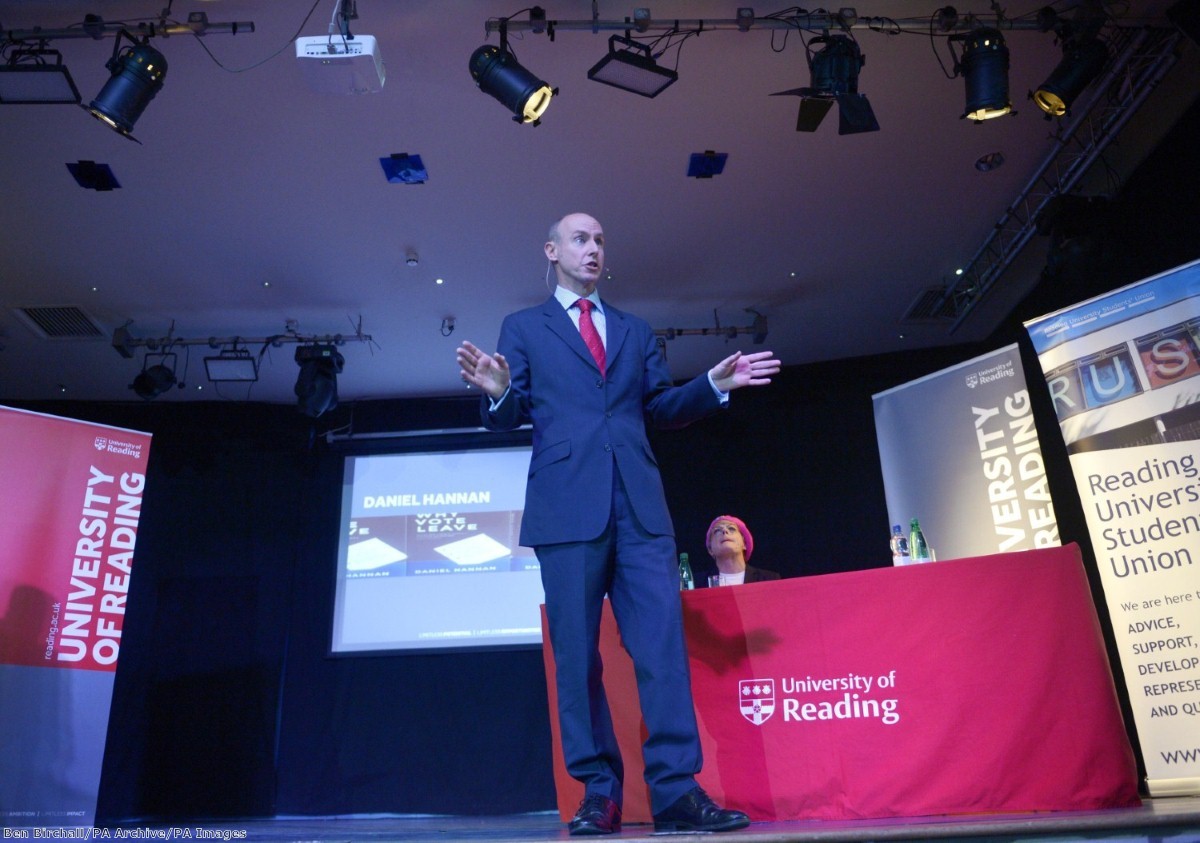 Has the Good Friday Agreement outlived its usefulness? This is the ill-informed opinion of a small cadre of British politicians, stretching a short distance along the ideological divide from the romantic Tory nationalist, Dan Hannan, through to right-wing Kate Hoey, who, inexplicably, still serves as a Labour MP.

Hannan wrote a piece in the Daily Telegraph recently, dismissing the Good Friday Agreement for being regarded "in quasi-religious terms". He claimed the deal "represented a bribe to two sets of hardliners" and there are "less corrupting" ways of running Northern Ireland.

It's certainly a bit Freudian to hear a Brexit ideologue like Hannan talking about 'hardliners' when his party is reliant on the DUP to prop up its parliamentary majority. But at least he's a bit of a thinker. (The same claim is infrequently made of Paterson).

Hoey, meanwhile, claimed – quite erroneously – that the GFA was "not sustainable" and there was a need to take a "cold, rational look" at it.

It is and there is not.

Owen Smith, the shadow Northern Ireland secretary, upbraided the trio for a "concerted, transparent effort to undermine the GFA."

.@KateHoeyMP @OwenPaterson & @DanielJHannan are reckless & utterly wrong to question the value and sustainability of the Good Friday Agreement. Their concerted, transparent effort to undermine the GFA is driven by their blind, misplaced faith in Brexit. They should know better.

While David Davis, speaking at a press conference in Vienna played dumb, saying he was "not conscious" of anyone on his side of the political aisle talking down the agreement, adding "certainly no-one in government has".

Hannan is content to peddle his right-wingery to the Colonel Blimps of the Tory grassroots, while Paterson is unlikely to ever grace the Cabinet Room again.

Hoey is a nonentity in Labour politics, incredulously representing dirt-poor Vauxhall while simultaneously indulging her reactionary views on fox-hunting, Brexit and Northern Ireland.

If the Good Friday Agreement could pick its enemies in British politics these three would be perfect candidates. So should we just ignore them? To a point, yes. However, this seems an apt moment to restate the importance of the agreement, signed twenty years ago.

The Good Friday Agreement is many things – a peace deal and blueprint for the peaceful reunification of the island of Ireland, as well as an international treaty – underpinned by popular votes in both jurisdictions – before being registered at the United Nations. It isn't a policy that can be scrapped on a whim, certainly not at the recommendation of such fringe characters.

As a piece of statecraft, it was a superlative moment for pragmatic politics, fusing together utterly contradictory aspirations with a mechanism for peaceful co-operation. It represented Tony Blair's high water-mark, utilising his talents for presentation and political ambiguity – and even his implacable opponents would give him credit for his brilliant work here.

To be sure, it's been a bumpy road, but to paraphrase Churchill, it's the least perfect deal apart from any other conceivable arrangement.

It's perhaps worth pointing out that the centre of gravity in the Tory party is similarly at variance with Hannan and Paterson. The truth is there are fewer out-and-out Unionist hardliners than at any time before. Debates on Northern Irish issues tend to see a small turnout of the usual harrumphing ex-military types with constipated expressions.

Most Tory MPs would still mouth platitudes about "the importance of the Union with Northern Ireland" if they had to, but only half-heartedly. Figures like Justine Greening and Ruth Davidson were aghast at Theresa May's tie-up with the homophobic rubes of the DUP.

In the Labour tribe, which has usually sided with the aspirations and plight of Irish nationalists, Hoey is an outsider and unlikely to survive the changes at the party's grassroots. Not a reflection, per se, of her views on Northern Ireland, or even her lusty cheerleading for Brexit, so much as her inexplicable support for the tally-ho brigade.

Gratifyingly, Hannan, the average Daily Telegraph reader's idea of a clever person – is a member of the European Parliament and will find himself out of a job once Britain leaves the EU.

If we were to indulge these mavericks, what would we replace the Good Friday Agreement with? For Hoey, an acolyte of the DUP's rivals, the Ulster Unionists, she would see the implementation of a majoritarian system, where unionists, temporarily numerically superior, run the show on their own, much as they did between the 1920s and 1970s, presumably locking nationalists out of power once again?

There is no alternative to the GFA settlement, capturing, as it does, the complex totality of relationships between Ireland and Britain: the internal, cross-community governance of Northern Ireland, as well as the north-south and east-west dimensions.

Only someone like Hannan, a neo-Powellite provocateur, who has never got his hands dirty doing any frontline jobs in politics and Hoey, a sometime sports minister before being summarily dropped, could be so disregarding of the blood, sweat and tears of other, better politicians, than went into securing that agreement.

No, the Good Friday Agreement will endure as a means of reconciling the two traditions in Northern Ireland – as well as providing a peaceful, democratic pathway to Irish reunification – long after Hannan, Paterson and Hoey have been forgotten.

As surely they will be.

Kevin Meagher is a former special adviser at the Northern Ireland Office and author of ‘A United Ireland: Why unification is inevitable and how it will come about,’ published by Biteback