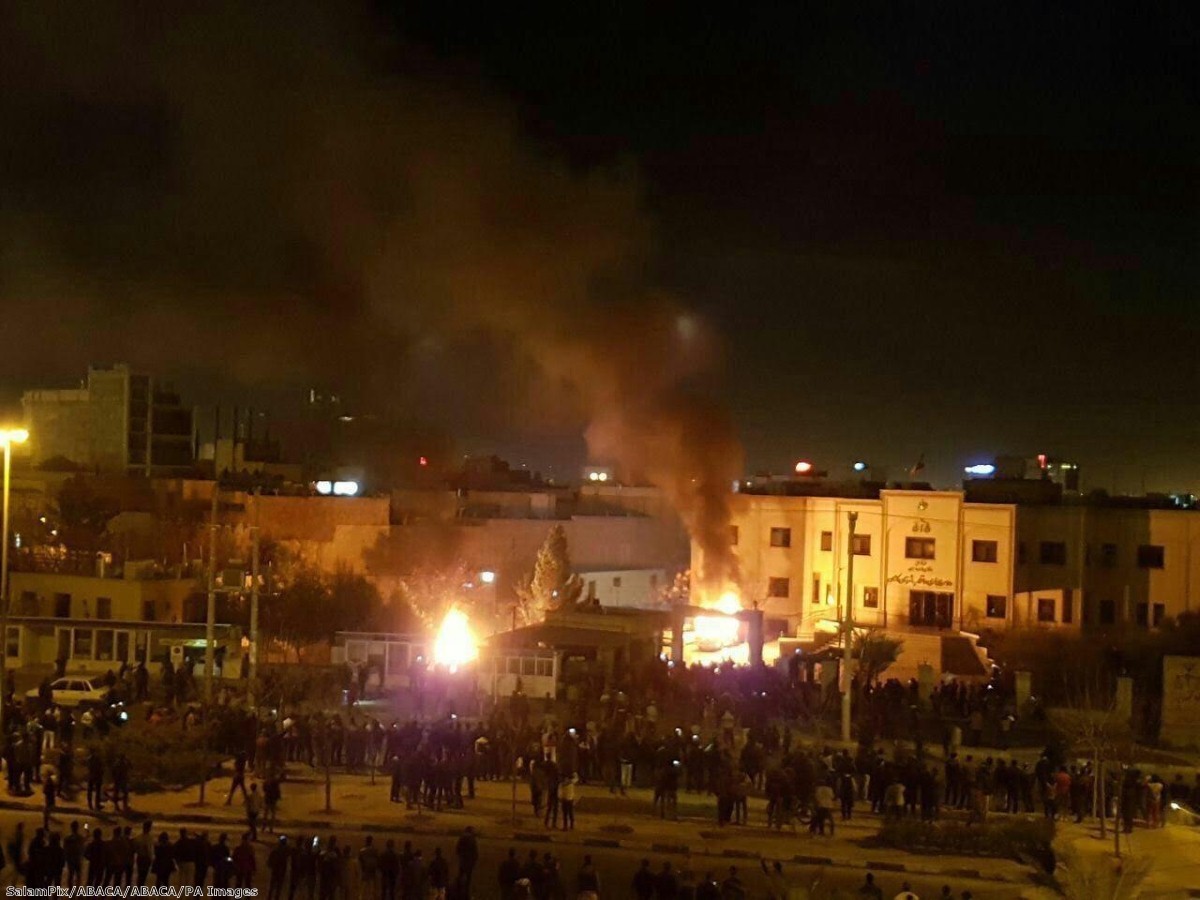 UK needs to stand up to Iran’s revenge against protestors

The Iranian Revolutionary Guard has announced that the anti-government protests are over. That may or may not be true, but for those in detention -and the others who the government may link to the protests in coming days – this is likely to be just the start of a process of torture and harassment.

Reports of arrests, detention and threats of a crackdown ring alarm bells for us at Freedom from Torture. We know from our work with thousands of Iranian torture survivors what happened the last time there were major protests, back in 2009. Demonstrators were brutally tortured. Even when those who were accused of protesting were released, they lived with constant threats that they and their families would be tortured if they ever spoke out again.

We know how this works and we know what to expect from the regime. We need the UK government to speak out loudly and clearly: the Iranian government's response to current events must not involve mass human rights abuses.

Despite the pronouncement from the Revolutionary Guard, we do not know yet whether the protests are truly finished, or what might develop over the coming days. We do know that the Iranian regime has long embraced human rights abuses, including the extensive use of torture, to sow fear, limit dissent and to maintain tight control over the country.

At Freedom from Torture, we work with Iranian torture survivors who have faced such horrific treatment at the hands of their government that they are forced to flee their country. They fear for not only their lives, but also the safety of their family and friends, who are relentlessly targeted by the government in order to silence anyone who might challenge the status quo.

Analysis of the evidence of torture recorded by our expert clinicians reveals the Iranian regime's indiscriminate use of torture to restrict real and perceived political, religious or minority ethnic activity. This includes the use of torture to repress dissent both before and after the presidential elections in June 2009, and the targeting of low-level activities such as attending a protest, blogging or drawing graffiti. Our latest report published in December highlights the appalling conditions and treatment that those in detention continue to face.

Survivors describe being held in grave-like solitary confinement cells, being subjected to sexual torture, and facing ongoing threats and harassment against them and their families, even after they are released. These threats terrorise them even after they have sought sanctuary in the UK, because of the Iranian security services’ extensive surveillance overseas and because of the fear that loved ones at home will be punished in their absence.

One of the Iranian survivors we've helped described being snatched by security forces in 2015, in an attempt to stop him advocating for his local community's environmental and minority rights. He told us about being tortured repeatedly, including having his back cut open with knives and salt poured in the wounds, being denied medical treatment for gunshot wounds inflicted by security forces, and being subjected to brutal psychological torture including death threats made against him and his family following his release.

The eyes of the world are likely to remain on the Iranian government and religious institutions, waiting to see what they do next. As the regime responds to popular unrest, it's essential that its international allies and friends – and especially its partners in the nuclear deal – speak out now to call for Iran to respect human rights, particularly for people who have been detained, and ensure that past patterns of abuse and torture are not repeated.

Last year, foreign secretary Boris Johnson and the Foreign Office minister for the Middle East, Alistair Burt, assured us that the UK government raised human rights with the Iranian government on a regular basis. But it must do more, and some of it must be done publicly. The UK must ensure that human rights are raised in all its dealings with Iran, and use negotiations on trade and improved diplomatic relations as a lever to call for concrete improvements.