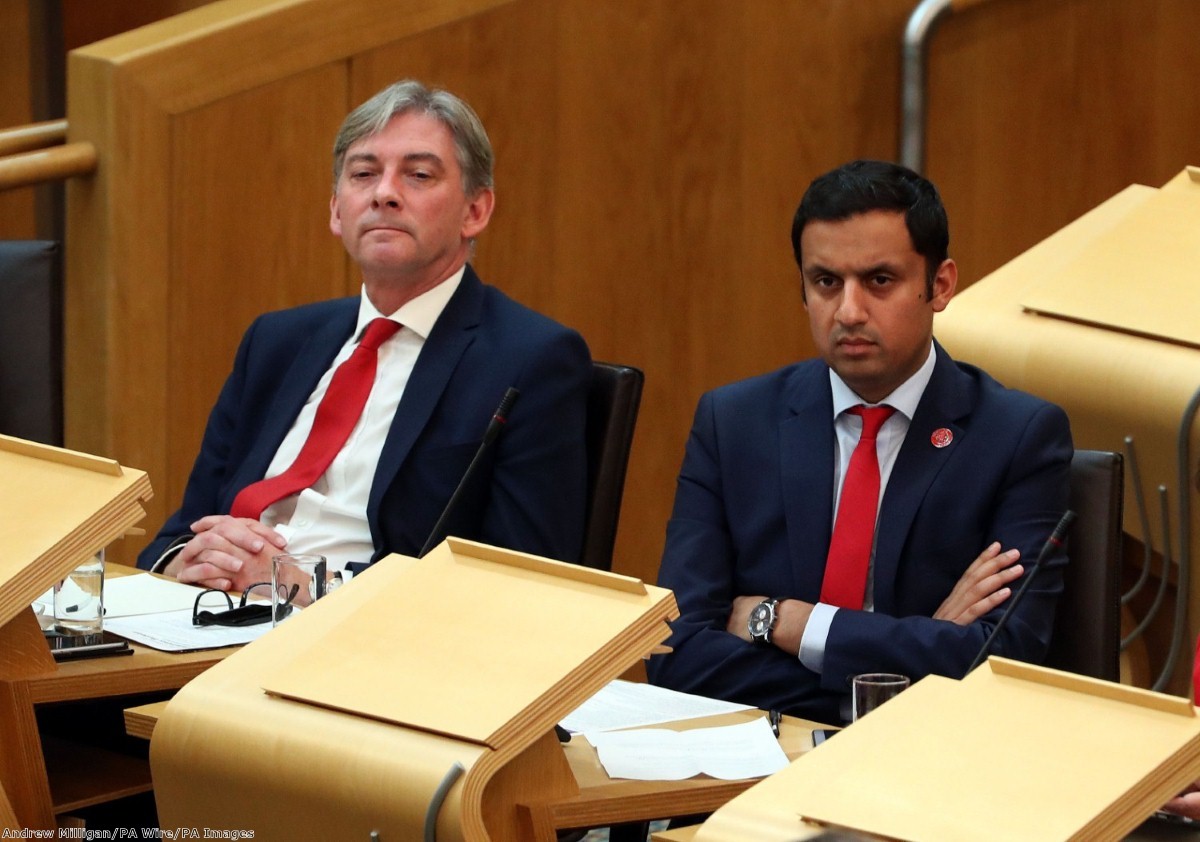 Just over two years ago, there was a lot of chatter in Scotland about a generational shift from Labour to the SNP. The former had recently lost all but one of its Westminster MPs to the nationalists at a memorable general election, and few – even Labourites – expected this to be a flash in the pan.

It looks rather different two years on. Yes, of the Scottish parties the SNP still dominates Holyrood and Westminster, but it has certainly slipped back. And Scottish Labour now has a more respectable eight MPs in the House of Commons rather than just one. So, is the Scottish Labour party experiencing a Scottish Tory-like revival?

The short answer is "yes", although it doesn't look obvious from the two most recent UK general elections. In terms of vote share, Scottish Labour only managed a modest 2.8 per cent increase between 2015 and 2017, hardly earth-shattering (considering the SNP leapt from 20% in 2010 to around 50% five years later). But look beyond that single measurement, and there's certainly been an improvement.

As the Edinburgh-based pollster Mark Diffley points out, if you consider what Scottish Labour was polling in March or April this year, i.e. just before the snap election was called, the party was "down to the mid-teens, so they can justifiably claim some success", having managed twice that – 28% – in the only poll that matters (election day). Not only that, but it's widely believed, including by many SNPers, that had June's election campaign lasted another week or so, then Labour would have won back considerably more seats from the nationalists.

Indeed, where once the SNP boasted five-figure majorities, it now has dozens of Labour candidates within one or two thousand votes of the incumbent. The party's demeanour has also changed. Two years ago, it appeared profoundly depressed, in fear of a downward electoral spiral from which it would struggle to escape, but now it has a modest spring in its step, even following the shock resignation of Kezia Dugdale.

"Whatever you think about the last election, there's definitely an opportunity," says one mainstream Scottish Labour MSP. "Even if you don't accept that Jeremy Corbyn saved Scottish Labour, there is an opportunity. The question is, do we hitch our wagon to JC, or do we do something a bit different?"

The party now has a strategic decision to make. Which direction it takes depends, of course, upon a leadership election due to conclude in two weeks' time. There's a general expectation Richard Leonard will win, not least because Anas Sarwar spent several weeks firefighting unhelpful stories about his children's private education and the fact his family firm doesn't exactly practice what Sarwar preaches. And while Leonard is relatively little known in the party, he's enjoyed momentum from the start.

But it won't all be plain sailing. Within the Holyrood group of Scottish Labour MSPs, Leonard's stock – high at the start of the campaign – has since fallen, which isn't so much to do with the candidate himself but the prominence of some of those operating on his behalf.

"The prominence of Corbyn types has harmed his standing in the group," says one well-placed source. "At the moment, he'd struggle to put together a shadow Cabinet."

"The campaign has forced Richard into the reality of a divided party," acknowledges someone in the Leonard camp. "Taking leadership alone won't change that."

As with Corbyn, the party apparatus might not be entirely on side while a Leonard front bench might try to obstruct its leader's more radical proposals. After all, adds the source, Leonard wants to "overturn ideological assumptions" that fundamentally shaped Scottish Labour, as well as the wider devolution project.

But even if Leonard were to deal with that challenge, he'll most likely still have a job to do.

"He's as gentle and avuncular as Corbyn," says one Sarwar supporter, "but can he build a personality brand? There is a certain irony in the party turning to a Yorkshireman to combat Scottish nationalism."

These days, any successful party has to tell a confident story about the future of Scotland and Leonard, as one MSP puts it, "is more comfortable talking to rooms full of trade unionists about the past".

Still, if Leonard isn't declared the winner on November 18th, he'll still have left his mark. Many watched with scepticism as Sarwar attempted to bolster his Corbynista credentials at the beginning of the contest, while both he and Leonard have embarked on a bidding contest as to who could be more radical on income tax (if anything, Leonard was compelled to play catch up with Sarwar). Usefully, the fiscal debate has finally moved beyond a penny on the basic rate, where it's been stuck for almost twenty years, to something more holistic and redistributionist.

Indeed, income tax – over which the Scottish government now exercises much greater control than ever before – highlights the likely battle-ground of Scottish politics as the constitutional question recedes. Last week, first minister Nicola Sturgeon set out options for recasting the status quo, a sign that SNP is giving up on its small 'c' conservative voters (many of whom now vote Tory because of Brexit) and are instead trying to outflank Labour. "That side of the nationalist tent has collapsed," quips a source, "but Sturgeon is trying to hold up the other two poles."

Basically, the first minister is pitching herself and her party as centre-left, banking on the fact voters won't have the appetite for anything truly radical when it comes to balancing Scottish government finances over the next few years. The new Labour leader will have to respond to that, and given the SNP's ideological and tactical agility, it won't be easy. Despite the mythology of Scotland as an egalitarian country, polling suggests little – if any – support for tax rises.

Nevertheless, the symbolism will be important as Scottish Labour tries to consolidate its recent electoral success, particularly among younger voters. All eyes are on the 2021 Holyrood election and, intriguingly, it looks like Scotland might be entering an era of genuine three-party politics. Most observers still expect the SNP to be the largest single party in four years' time, but they'll likely need a deal in order to govern. Could they end up speaking to Labour? And, if so, how will the independence question play out under that scenario?

All that is in the future. The point is that Scottish Labour is now back in the game and the age-old electoral battle cry, that in Scotland you have to vote Labour to get rid of the Tories at Westminster – a message weakened over the last few years – now looks strong again. That, above all, will concern the SNP and provide their main competitor on the centre-left with a huge opportunity to turn that modest spring in their step into a sustained bounce.