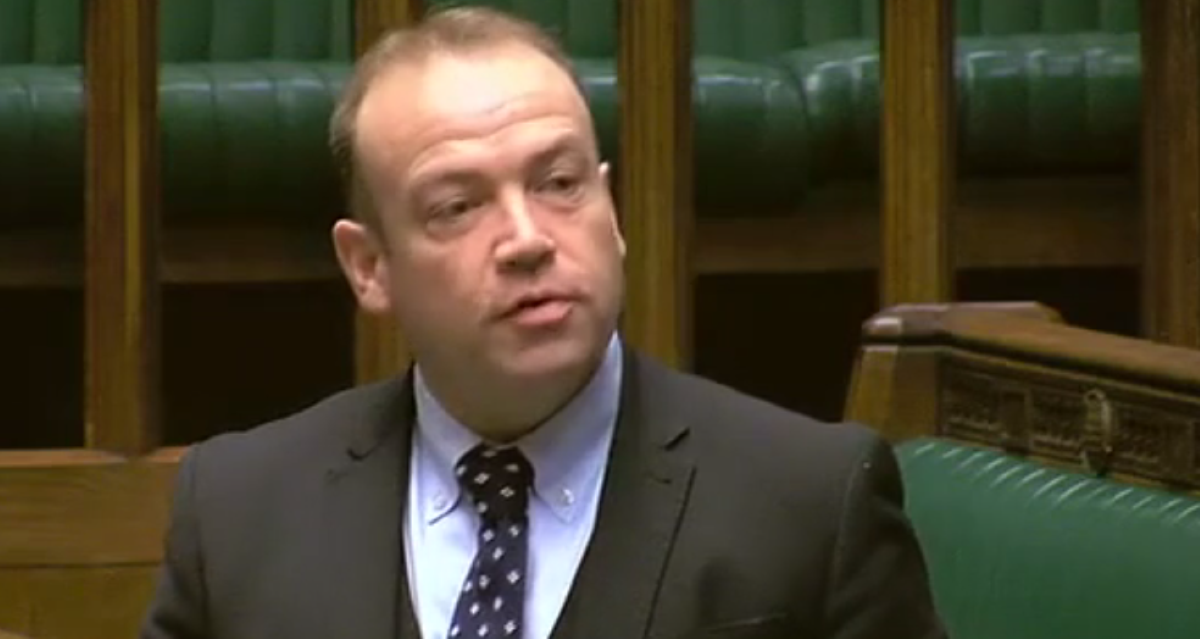 A McCarthyite witchhunt against Remainer academics

Dear academics, are you now, or have you ever, been a Remainer?

Chris Heaton-Harris – Tory MP, government whip and arch eurosceptic – has got himself into very hot water with academics. He has written to all vice-chancellors asking them to provide the names of academics teaching about "European affairs, with particular reference to Brexit" and "a copy of the syllabus and links to online lectures".

You could, if you were totally naïve and gullible, see this as just a bit of research by an MP. I suppose. Maybe. But why ask university vice-chancellors to identify named members of staff? What is the purpose of knowing who is teaching 'European affairs'? What would you possibly do with such a list? Why ask for the syllabi of all these people and their 'online lectures'?

The answer must be 'no' from all universities. Outrageous letter. pic.twitter.com/VFnMO6qgvv

Some things are immediately obvious to anyone who knows anything about British Universities.

First, it is relatively easy to find various lists of academics who specialise in particular topic areas – many are members of learned societies – in this case probably the Political Studies Association – whose memberships are in the public domain.

Second, it is also relatively easy to find out about courses and the outlines at least, if not the detailed content, from university websites. Universities market their courses so they strive to make as much information as possible available to potential students.

Third, 'online lectures' are generally not publicly available for the pretty obvious reason that the government, of which Heaton-Harris is a part, require universities to charge students for their teaching. It's called fees. As a result, universities don't usually give away their intellectual property for free.

So Heaton-Harris is either asking vice-chancellors to do his homework for him or his letter has a purpose other than to collect information. Given his role as a government whip, this gives his letter added weight.

His purpose can therefore only be to threaten universities, their vice-chancellors and individual academics by implying that the information he seeks would be put to detrimental use.

The academic community has been quick to react, with many vice-chancellors and others politely telling Heaton-Harris where to go. The government – or at any rate Downing Street – has quickly distanced itself from the letter.

Perhaps most tellingly, universities minister Jo Johnson tweeted today that academic freedom is "absolutely fundamental and protected in statute in our
recent Higher Education and Research Act 2017". It is not clear if this is response to Heaton-Harris but it is a pretty clear implied rebuke of his little McCarthyite experiment.

Political opponents will point to this as yet another example of the indiscipline and divisions Brexit has created within the Conservative party. A minister and a whip having an implied public slanging match over academic freedom is not exactly the sign of a coherent and stable government.

So this morning Johnson was dispatched to the Today studio to try, valiantly but vainly, to paper-over the cracks. Johnson claimed, rather implausibly, that Heaton-Harris was "merely carrying out research for a book" and was acting in his "personal capacity as an individual MP".

But who would try and find out about university teaching in a specific subject area by writing to vice-chancellors? There is also no evidence I can find of Heaton-Harris’ "long-standing interest" in European thought and its history, as Johnson claimed.

Nick Robinson’s killer question rather nailed it: if Heaton-Harris wants to spend more time with his research, perhaps the Government should let him by removing him as a whip?

Colin Talbot is emeritus professor of Government at the University of Manchester and is also associated with University of Cambridge Public Policy. He has been an expert witness in parliament more than two dozen times, been an adviser to two select committees, and advised governments around the world. He is a regular analyst of government, here and abroad, in both academic publications and the media.