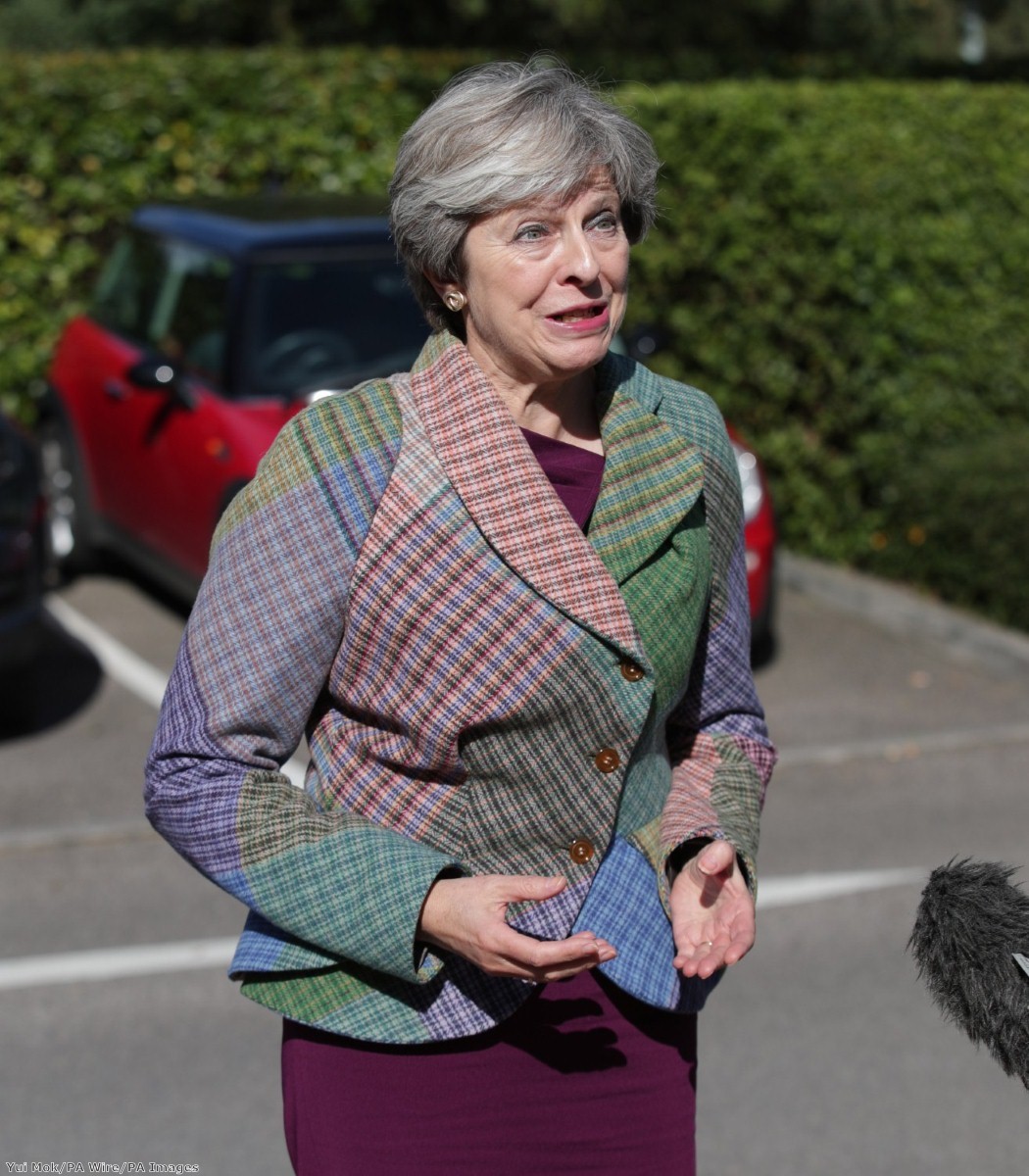 Week in Review: End of May reopens Tory Brexit wounds

Who wins from a Tory leadership contest? The usual assumption is that it is Remainer Tories, who finally have a chance to get rid of a hard Brexit prime minister and replace her with one of their own. "The plot is by Remain MPs to topple the PM, destroy Boris and put a Remain leader in place to delay and possibly destroy Brexit," Conservative backbencher Nadine Dorries tweeted this morning. Ukip's Patrick O'Flynn clearly smells a plot as well. "Is there a single Tory backbencher who supported Leave in the referendum who now wishes to ditch the PM before spring 2019?" he asked.

But it's not at all clear that a Tory leadership battle would push us away from hard Brexit. For a start, May has started to tentatively advance a more pragmatic agenda in recent weeks. She is now supportive – just about, with some hesitation – of a decent transition period on the current terms of EU membership. Boris Johnson's various difficulties at the Tory conference even allowed soft Brexit Cabinet members to get on the front foot and start pushing to extend the transition.

A new leadership contest could easily undo that good work. It might become a bidding war on hard Brexit for the Tory rank-and-file, with each candidate making ever more desperate promises to secure the support of a hardline membership. Or perhaps the odd dynamics of the parliamentary party would provide two softer figures – Philip Hammond and Amber Rudd, say – to be sent out as the choice to members.

The contest itself also changes the dynamics of the Brexit negotiations. For a start, it would rob the government of any direction or leadership for another few months – precious time urgently required for talks by the severity of the Article 50 deadline. And it would contribute to a sense that the British are basically unable to act as credible negotiating partners in Brussels.

Or, who knows? Things could improve. Perhaps those two final names on the ballot paper sent out to members would reflect both sides of the Brexit divide – those who want regulatory harmonisation with Europe and therefore to continue with as minor a change as possible, and those who want regulatory divergence from Europe and therefore to fundamentally change how this country operates.

May has proved completely unable to address this either/or question. She is in the land of cake-and-eat-it and has been throughout, pretending that Britain can both 'take back control' and enjoy unchanged trade relations. This is not possible and never has been, but she either hasn't realised this or isn't prepared to admit it publicly. We've been stuck, for over a year now, in the land of fairy tales. Europe has gone from sadness, to anger, to exasperation, to boredom, waiting for us to make sense.

Boris Johnson once was once a cake-and-eat-it man too, but recently he has put his marker down in the divergence camp. Hammond is the most prominent figure in the harmonisation camp. A leadership contest between these two – or other people willing to advocate for one side or the other – would at least have the benefit of creating a coherent British position on Brexit. It seems pathetic that this should be something we are still aiming for so long after the vote, but that is where we are.

If this was resolved, it would be worth the delay. But would it happen? Who knows. There are too many known unknowns. How would the Conservative parliamentary party respond? Who'd end up on the ballot? What would the European response be? The variables are so severe that both sides of the Brexit debate within the Tory party are frozen in indecision. If either really felt confident they could advance their agenda by toppling May, Grant Shapps would not be struggling to find names for his letter. But they aren't, so he is.

Theresa May's greatest attribute is that her party, and indeed probably the country, is struck by the same hesitancy and division which she reflects in her judgement. We are all in a puddle of indecision. And that suits an indecisive prime minister.