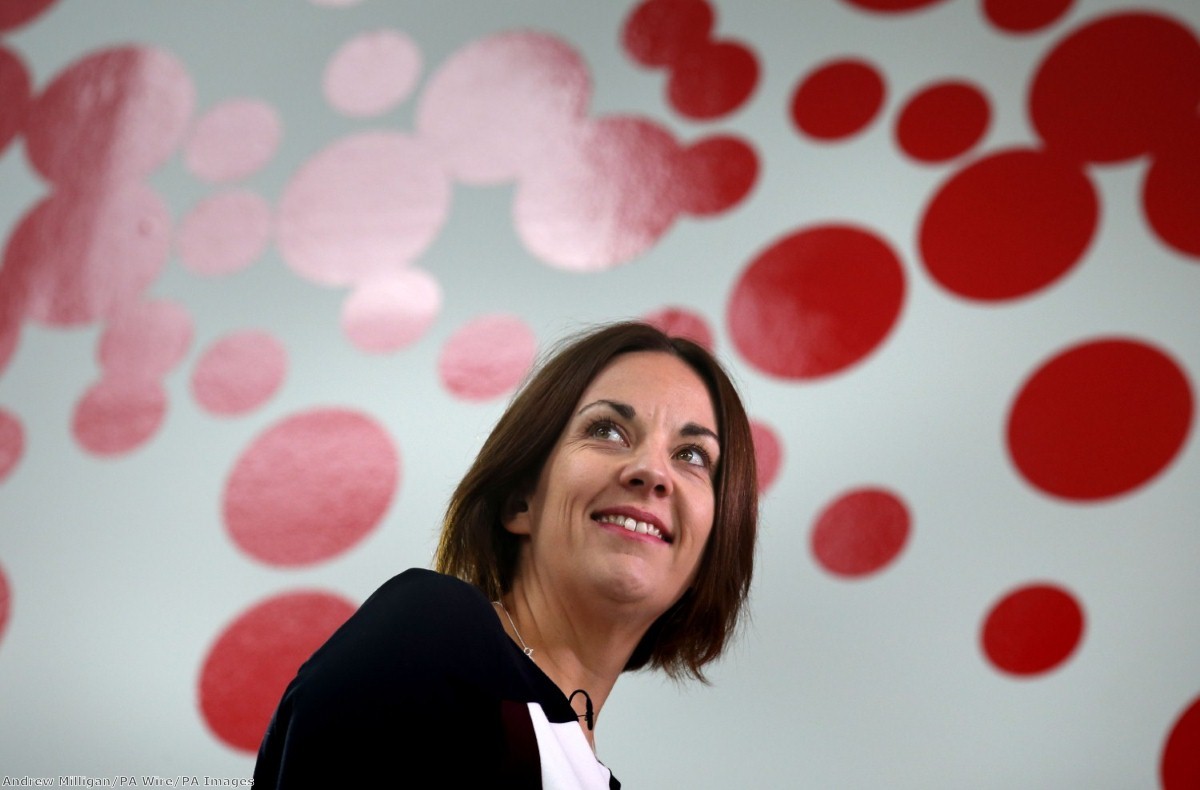 Kezia Dugdale: Why she quit and who will replace her

Just two weeks ago, Kezia Dugdale told The Times she was "ready and willing" to become first minister of Scotland in 2021. Today, that newspaper carries the news of her resignation as leader of the Scottish Labour Party. To say this caught her colleagues and pundits by surprise would be an understatement, but then Scottish politics has been volatile for a good decade now, surprises should no longer be very surprising.

The obvious question is why? Some have been quick to view Dugdale's resignation through a Westminster/England lens, assuming she was "forced out" by Corbynistas, but that misunderstands the dynamic within the Scottish party. Unlike in England, the Labour left in Scotland is relatively homogenous and dominated by the Campaign for Socialism (CfS), which has slightly tense but formal ties to Momentum and has existed, in one form or another, since the battle over Clause IV in the mid-1990s.

Although the CfS didn't like Dugdale backing Owen Smith for the UK leadership, they didn't see her as part of the Scottish Labour right and therefore she wasn't under any immediate threat. Dugdale had reached an affable enough relationship with Corbyn, most recently during the UK leader's (largely) successful tour of marginal SNP constituencies. And while she looked to be in a weak position before June's UK general election, the outcome strengthened her hand (regardless of whether she or Corbyn was responsible for six additional MPs).

So, the most likely explanation for Dugdale's departure is as stated yesterday evening: a personal one. Most Labour people I've spoken to are taking this at face value. "I think she realised her new relationship was incompatible come an election," reflected a senior Scottish Labour figure, "She chose life." As was well covered at the time, Dugdale recently started a new relationship with an SNP MSP, having split from her fiancée late last year. Politicians are, after all, human beings too.

Some within the party believe there was an element of choreography in all of this. Shortly after the Scottish parliament recess began, Dugdale announced her new relationship and now, shortly before Holyrood reconvenes, she's quit as leader.

So, who are the contenders? Neil Findlay, who has close ties to CfS, confirmed he wouldn't run earlier today, which leaves the current deputy leader Alex Rowley. Although very much a free agent (and formerly Gordon Brown's aide), he's strong on federalism (which the CfS likes) while his daughter Danielle is a new MP and associated with the Scottish Labour Young Socialists.

There's also MSP Richard Leonard, who the left see as sound on economic policy and has solid trade union credentials (although it's the GMB, which supports Trident), and Monica Lennon, who has the advantage of having backed Corbyn, although some view that as having been an opportunistic rather than a principled move. Lennon, however, has only been an MSP since last May and might think it too early to run.

From the centre, Anas Sarwar is widely expected to go for it, but he lacks support on the left and would obviously be vulnerable to charges of Blairism (his father was a New Labour MP) and privilege (he went to a private school). A few years ago, he'd have been a shoe in, but obviously, a lot has changed since Blair's resignation in 2007.

That said, the left lacks a clear candidate, which has led some to suspect that Dugdale deliberately timed her resignation to catch them unprepared. The Scottish Executive Committee is increasingly balanced between left and right and, as one CfS source puts it: "It's possible the right will try and use this as an opportunity to shore up some of their position before the left makes further gains in the party apparatus."

Another important outcome of the leadership election will be who gets the recently-introduced "Scottish seat" on the UK Labour National Executive Committee, which Dugdale secured at the last UK party conference. For the time being, it'll be Rowley, and could stay in his hands if he stands – and wins – the leadership.

More broadly, Dugdale's sudden departure could do the party strategic harm. Its modest revival at the recent UK general election (its vote share only increased by 2.6 per cent on 2015) meant Ruth Davidson's Scottish Conservatives had some Unionist competition. If Scottish Labour now tilts to the left, as looks likely, that could benefit the Scottish Tories, who are currently preparing a centrist policy pitch ahead of the 2021 Holyrood election.

Although she became leader in undeniably challenging circumstances, Kezia Dugdale was a credible – and improving – figurehead for Scottish Labour (to her credit, she forced education onto the Scottish political agenda). It's difficult, at least at the moment, to see any of her likely successors maintaining that position.