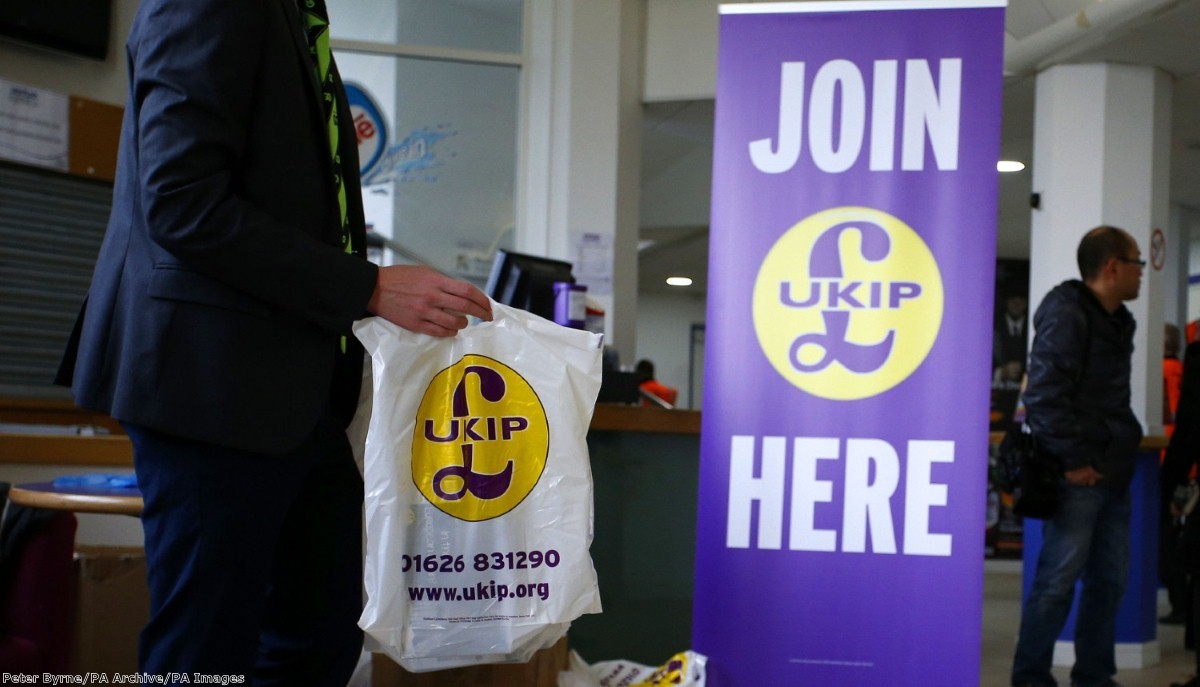 If things had worked out a bit differently, Anne Marie Waters would now be Labour MP for the country’s most liberal constituency.  Instead she may be about to become the most powerful figure on the far right of British politics.

Four years ago, Labour were way ahead in the polls in Brighton Pavilion and in the process of choosing a candidate to take on the Greens' Caroline Lucas. On their shortlist was "anti-Sharia campaigner" Waters.

In the end, Labour picked the safe but unimpressive Purna Sen and Lucas romped home, but it's a sign of the mainstreaming of Islamophobia that Waters was in the running at all.  Since leaving Labour, she has formed an alliance with former EDL leader Tommy Robinson, with whom she co-launched a UK arm of German far right group Pegida. She is now a front-runner in the Ukip leadership election, having launched her campaign by describing Islam as a "killing machine" and a threat to the "rights and freedoms of women."  A prominent former BNP member is helping to drum up support for her campaign.

Waters has a loyal following and more moderate Ukip voices worry that entryism by "the Brownshirts Momentum" could see her elected. At the time of writing the bookies have her at 4-1 but even if she doesn't win, the party is likely to take a further lurch into outright religious discrimination.  Her main opponent is Peter Whittle, who authored the party's "integration policy platform" which calls for a ban on face coverings and the physical inspection of "girls from groups at h­igh risk of suffering­ FGM".

Until now Ukip has been a uniquely British phenomenon – the party of golf clubs, blazers and casual homophobia. Under Waters or Whittle, it would be a very different beast. Both are openly gay and therefore well placed to copy the template of the anti-immigration parties on the continent, which have successfully pushed the narrative that Muslim immigrants are determined to destroy progressive European values – in particular LGBT and women's rights. Waters has been endorsed by Geert Wilders, who has described her as a "freedom fighter."

She is very brave, intelligent and strong. A real freedom fighter!

As spurious as the rebranding of political Islamophobia as a progressive movement is, it's appealing to many on the right because it turns liberals' own arguments against them. Challenge Waters' many followers on social media and you're met with a weird mixture of old school far right rhetoric and accusations that you're an apologist for wife-beating and throwing gay people off buildings.

The recent terror attacks in Manchester and London and the libelling of Sadiq Khan by Donald Trump have helped create a climate where people feel emboldened to come out with this sort of thing. However, we wouldn't be here if it weren't for years of anti-Muslim bile in the media, and not just from the usual suspects like Katie Hopkins, who called for a "final solution". A relentless drip-drip of misleading news stories that conflate jihadi terrorism with mainstream Islam has helped Islamophobia "pass the dinner table test".

Too few politicians have stood up for the right to freedom of worship and some have fanned the flames. When Jack Straw said he was uncomfortable with constituents wearing veils, he helped reinforce perceptions of Islam as something strange, exotic and dangerous. The reality is more prosaic. Research by the conservative think tank Policy Exchange has found that the everyday concerns of British Muslims are much the same as everyone else's, and they are less likely than the general population to sympathise with terrorists.

Much as it might be enjoyable for liberals to mock the recent misfortunes of Ukip, we should worry about what it  may be about to become. The upside of the party's extraordinary success between 2013 and 2016 was that it completely wiped out the BNP.  Under its new leadership Ukip could cease to act as a safety valve for extremism and instead become a platform for it.

The experience of our continental neighbours, not to mention the political shocks of the past year, suggests we would be unwise to write off the electoral chances of a full-fat Islamophobic party in the UK. If we do end up with our own version of Wilders or Le Pen, the political mainstream, as well as the media, should take some of the blame.

Steve Harman is a writer and PR professional.