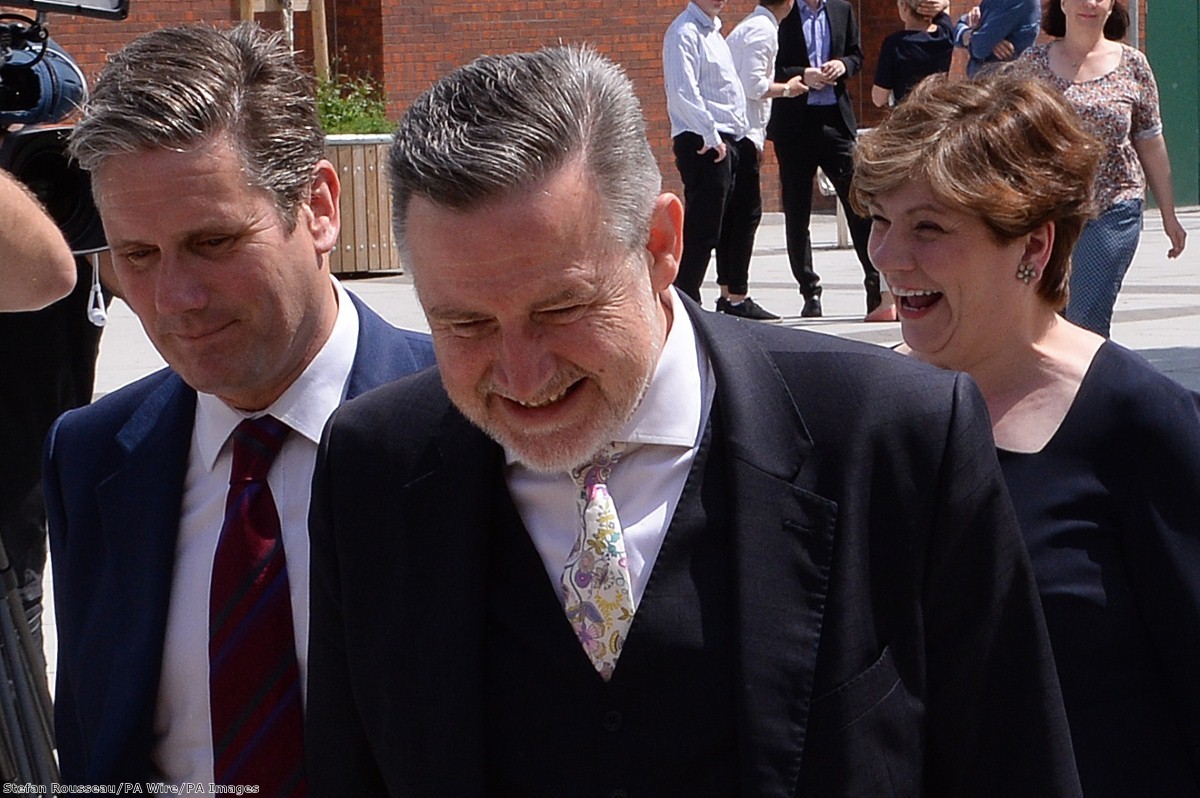 There were two extraordinary things about shadow trade secretary Barry Gardiner's insistence that a Labour government would leave the single market and customs union. The first was how little interest he showed in the people who voted Remain and the second was how little understanding he had of the damage he'd inflict on the British economy.

The article completely ignored the wishes and hopes of the 48% of the people of this country who voted to stay in the EU. Sure, they're a minority – but only just, and their future is also at stake in the Brexit negotiations. Many of them chose to vote Labour in June precisely to punish the Tories for their hard Brexit stance. Gardiner is also ignoring the wishes of the majority of Labour members, two-thirds of whom believe we should stay in the single market and the customs union. So much for Jeremy Corbyn's pledge to involve party members more closely in policy making.

This is dispiriting. But his ignorance of the economic consequences of hard Brexit are much worse. Gardiner either does not understand or does not care about the devastating impact that leaving the customs union would have on our manufacturing industry.

For a party of working people who are seeking to pacify their northern voters this is a profoundly misguided approach. My conversations with businesses across the south west over the past year have made it clear that they are strongly in favour of remaining in the single market. But the customs union is not some optional extra. Manufacturing businesses like Honda, whose main European production centre is in Swindon, are clear that membership of the customs union is essential to their business.

To understand why, we have to think back to the catastrophic decline of our manufacturing caused by the Thatcherite revolution of the 1980s. Thousands of factories were closed and jobs lost but the liberalisation of our economy also led to a situation where relatively few manufacturing concerns are British-owned. So-called 'British’ manufacturing industry is particularly footloose, making us vulnerable to future investment decisions by business leaders who have no attachment to the country. Following the devastation of many local economies, the government lured foreign investors to use the UK as an assembly base (so-called ‘screwdriver operations’) for onward sale into the EU single market. The design and high-end manufacture of components often takes place elsewhere in the EU, which again leaves our manufacturers highly dependent on the customs union.

For manufacturers like Honda, leaving the customs union is set to disrupt their 'just in time' supply chain by requiring time-consuming checks and paperwork as components pass across currently open borders. This will have more impact on their business than the damage caused by leaving the single market, although the consequent introduction of export tariffs and regulatory divergence will also have a long-term impact.

Speaking at the annual SMMT International Automotive Summit, Ian Howells, senior vice president of Honda Motor Europe, was quite explicit about this:

"Any future arrangement with the EU would ideally seek to maintain the conditions of the customs union, by delivering tariff-free trade between the UK and the EU and specifically, frictionless trade and customs procedures. These conditions would support the efficiency and competitiveness of integrated supply chains, which are central to Honda’s 'just in time' production model.

The justification for exiting the customs union is to leave us free to strike bilateral deals under WTO rules, but these would also be vulnerable to the structure of our manufacturing industry.

This time the issue is compliance with WTO stipulations about rules of origin. In order to be a part of free trade agreements a 'rule of origin' is commonly applied whereby around 60% of the components in the car must originate from the UK otherwise a higher rate of export tax would be applied.

Manufacturers like Honda currently use 25% of components originating from the UK, but with politicians threatening to take the UK out of the customs union, it would be required to seek new suppliers in the UK within less than 18 months to reach the minimum requirement for tariff-free export. This looks set to be an almost impossible task given that the UK currently has neither the design expertise nor the skilled workforce to produce such components, which are currently imported from other European countries.

The fudge Labour constructed for the election campaign was never likely to outlast it for long. Now that the party has come down on the side of the extreme Brexiters, they risk not only destroying the livelihoods of the northern voters they want to woo, but also any remaining reputation they have for economic competence.

Molly Scott Cato is Green MEP for the South West of England and Gibraltar. She is a member of the economics and agricultural committees at the European parliament, as well as the special committee on tax and the inquiry into the Panama Papers.