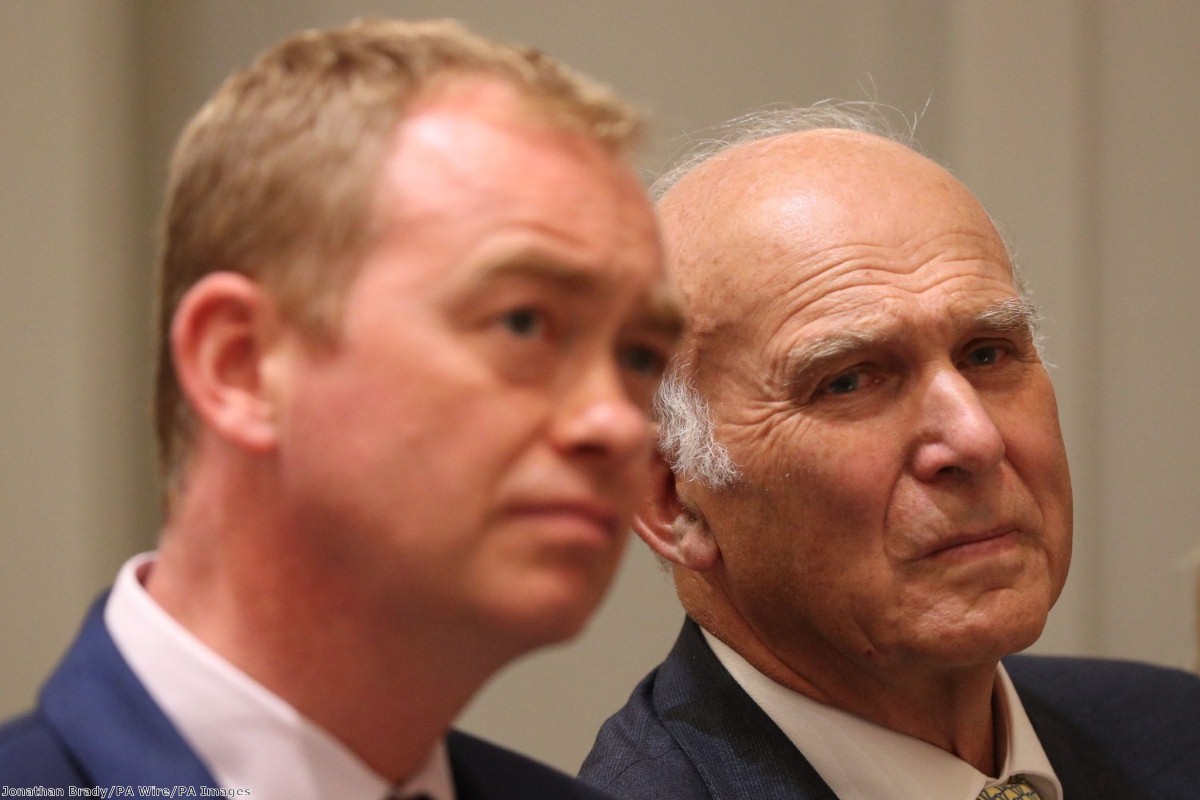 Sir Vince Cable’s mission for the Lib Dems – and Britain

So Sir Vince Cable has finally become Lib Dem leader, an ambition which I suspect he has held for a while. He was my MP for 18 years, so I was delighted to be part of his successful campaign in the recent general election.

There are many reasons to be optimistic about Cable as party leader. He commands huge respect for his economic knowledge and prior warnings of the 2008 financial crisis. He worked successfully with the Tories during the coalition and has an excellent relationship with some Labour moderates like Chuka Umunna with whom he has written jointly many times in the media.

To turn the Lib Dems' fortunes around he will need to learn from the party's mistakes in the general election and tap into the frustrations which gave us the surprising hung parliament that nobody really predicted.

The second Brexit referendum policy should stay. There are more cracks in the cabinet than in a house whose foundations are sinking into quicksand. When people realise that Brexit means more expensive food shopping, lost jobs, the end of cheap flights and no extra cash for the NHS I am convinced there will be real anger and a desire to have the chance to vote again. As I wrote back in December, if we can back out of a house purchase when we realise there is rising damp and a big repair bill coming, why shouldn't the same apply to Brexit?

Public services must be next on the list of campaign priorities for the party. Knocking on hundreds of doors during Cable's campaign in Twickenham this time I noticed real concern over the possibility of local school funding cuts. Jeremy Corbyn did better than pollsters and indeed Theresa May expected because after seven years of austerity people want to see nurses and teachers properly paid, and enough police on our streets.

The Lib Dems' policy on the NHS in this election was clear, honest and costed. The UK continues to spend less than most EU countries on health as a percentage of GDP, and mental healthcare remains a postcode lottery – as I found out to my own cost several years ago when I had to pay £4,000 for private treatment. However, the party also needs to look at ways of delivering more value for money from the NHS – via new technology, for example, and by ensuring preventative public health programs receive adequate investment.

The recent Grenfell tragedy laid bare how generations have been failed by governments of all parties who have simply not been building enough affordable homes. The Lib Dems need to show some radical thinking, even if for example it means relaxing planning laws on the Green Belt and forcing public sector bodies to sell off unused land. Cable has already floated the idea of a land value tax that would force supermarkets and developers to stop speculating and start building. This is not a 'garden tax', as Tories like to deceitfully claim, given that households and smallholdings would be exempt.

On immigration the Lib Dems need to be pragmatic, calling for as open an immigration system as possible. However, we must do this while also recognising that some parts of the UK have seen high levels of newcomers without sufficient money being available to local councils who need to house and educate them.

Equally, being pro-immigration and indeed pro-refugees does not mean being afraid of calling for improved border controls. The Tories need reminding that more staff at ports and airports are needed to ensure that only those entitled to be here can stay, and we should stop passing this responsibility onto landlords. Business also needs less bureaucracy in this area, and the Lib Dems should continue to call for an end to charges for employing non EU nationals.

One of the disappointments for my party was not being able to attract more Labour voters. It is the duty of Cable to repeat until he is blue (or yellow) in the face that Corbynomics simply does not add up. I lived in Argentina under a left wing populist president who described Corbyn as "el amigo de latinoamerica". Her legacy was 40% annual inflation, a collapse in the currency and being frozen out of world capital markets. The Lib Dems have shown they can take tough economic decisions which Labour under Corbyn never could.

We now have a golden opportunity to take votes from centrist and internationally minded Tories who hate the nationalistic and isolationist rhetoric from Theresa May. When it comes to Labour, loads of their moderate members came to help Vince win back his seat and support Sarah Olney against Zac Goldsmith. They are out there and know very well that Corbyn has held Theresa May's hand in the lobby to vote through a hard Brexit.

Both Macron in France and Trudeau in Canada have shown us that liberal, centrist politics is far from dead. Vince Cable – Britain needs you to make it three out of three. The alternatives are too terrifying to contemplate.