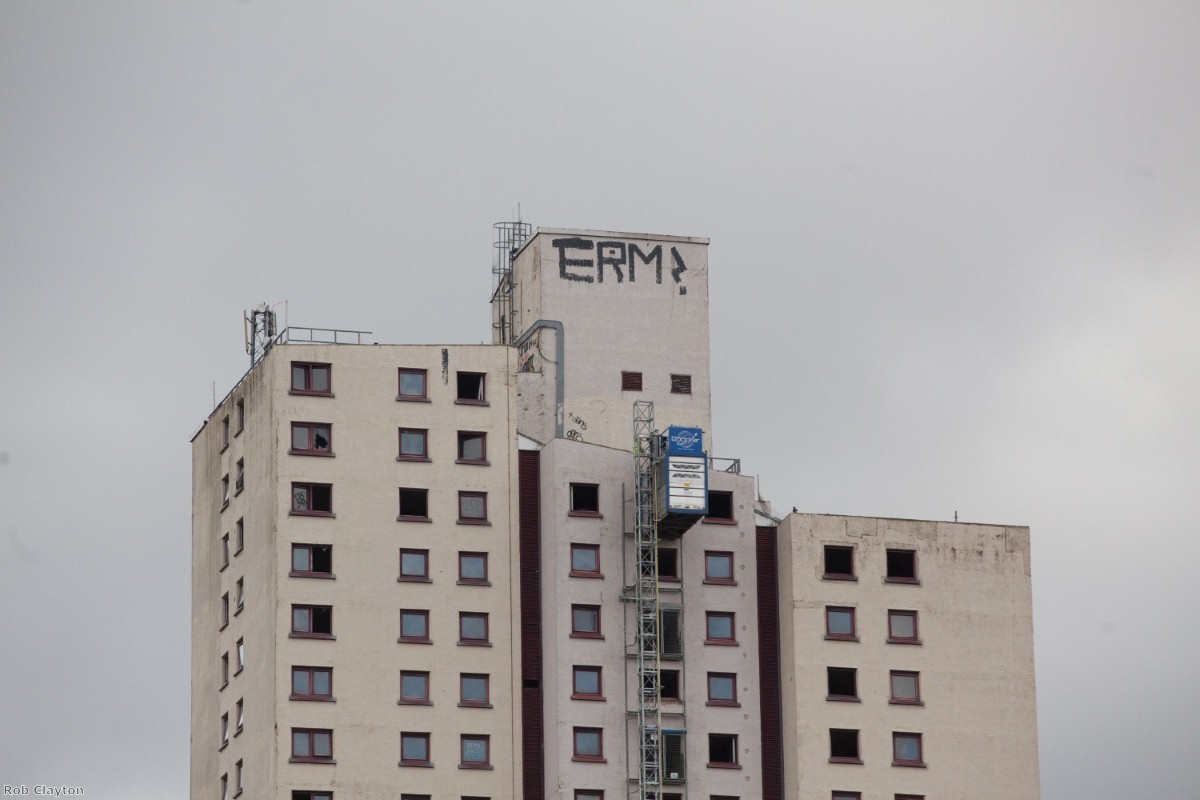 Dispossession: A vital new film on the social housing crisis

The housing crisis is a term we've all heard. For some people it just means needing to save up a little longer to be able to afford a deposit on a house, for others it means renting privately rather than owning a property. But for those in need of social housing it can mean living in overcrowded temporary accommodation or being moved away from family and friends.

For years, residents on many council and housing association estates across the UK have seen their areas neglected by councils and treated as no-go zones by locals. In the media, the people living on these estates have been described as spongers and trouble makers.

Now, a new film Dispossession: The Great Social Housing Swindle explores what has led to the social housing crisis and tells the stories of those affected by it. In the wake of the horrific Grenfell fire, it's hard to think of a film more important or more needed right now.

"When we made it, we never could have imagined something like Grenfell would happen," Paul Sng, the director of the film, says. "We weren't focusing on safety issues but on the denigration of social housing and the way people's homes can just be taken away from them."

But he wasn't surprised by reports that residents' concerns at Grenfell had been ignored. What struck him when making the film, he says, was just how bad housing associations and councils are at communicating with tenants.

"Some London councils have turned issues with housing into a war with tenants," he says. "We heard of a councillor announcing on Twitter that an estate was going to be demolished.

"They have these community meetings but really they're more like a show trial."

Among the stories told in the film is that of Eileen and Michael O'Keefe of the Cressingham Gardens estate in Lambeth. In 2012, the local authority notified residents that it didn't have the funds required to carry out necessary work on the estate. It put forward a number of proposals to residents, including demolition.

"This property wouldn't be in the state it's in if they'd invested," Eileen, who has lived in her home for 41 years, says in the film. "Why wasn't anything spent here?"

Despite overwhelming opposition from residents, the council has opted to demolish the estate. The film shows a scene from a public meeting where a councillor says that this is the only way to provide decent quality homes for existing tenants. "Lies, Lies" is the response from the residents.

Tenants across London have come together in recent years to fight back against what many have called the 'social cleansing' of the capital but as this film shows it's not just London where problems exist. From Nottingham to Glasgow residents may be experiencing different issues but what they have in common is a battle with local authorities to make things better.

Both Labour and the Conservatives are to blame.

"Fundamentally, this is down to central government cuts to local authorities," Sng says. "But local councils are making terrible decisions. Most of these council workers don't represent working class people and they don't understand their lives.

"Labour's manifesto was good but Corbyn hasn't condemned the councils for their part in all this. He should be out on estates telling these councils that it isn't acceptable."

Sng hopes the film will be the start of a long overdue conversation about social housing and, perhaps more importantly, that working class voices might start being listened to.

"I'm sick of seeing middle class intelligentsia on TV talking about these issues," he says. "Let people tell their own stories. Why do we only hear those voices when something awful happens, like at Grenfell?

"I just hope this film can be the start of something. I hope it helps to make a change."