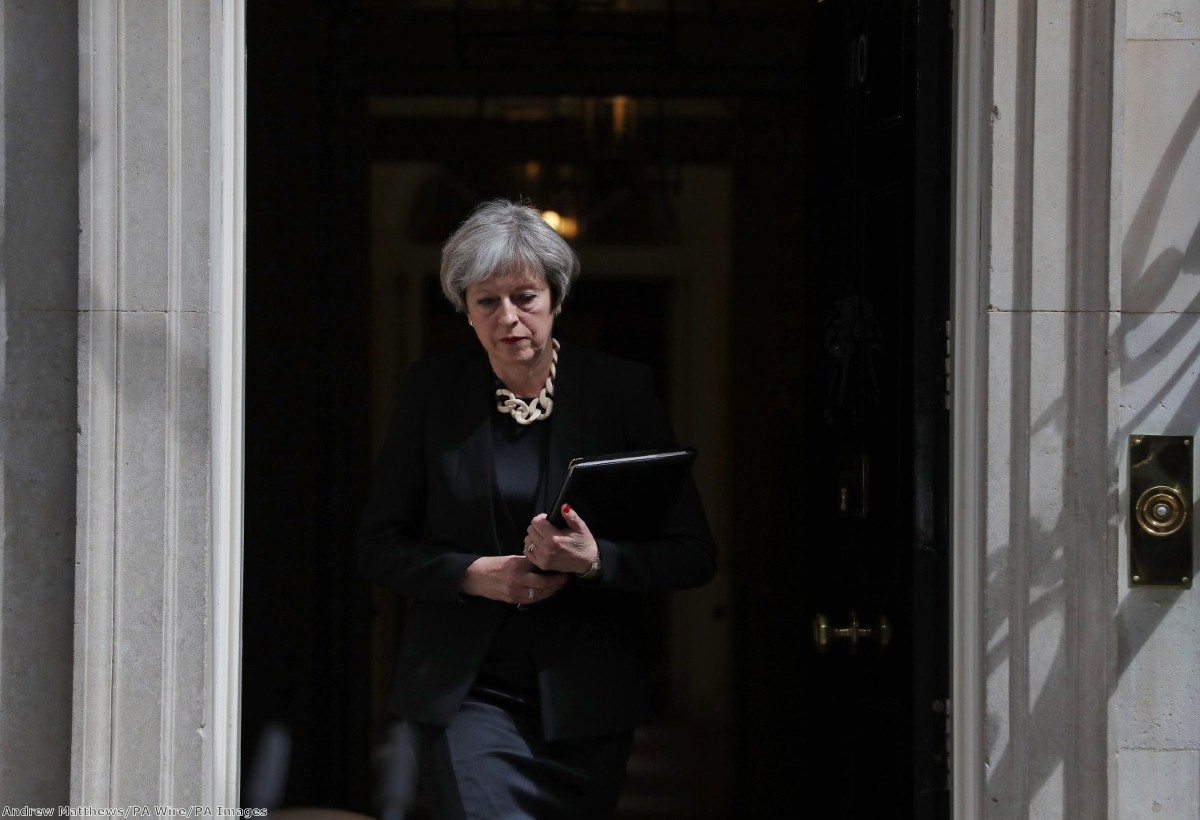 Theresa May sells herself as a tough prime minister, so it must be strange to find herself on the firing line in the wake of the London bombings, with former police officers, parts of the media and Jeremy Corbyn accusing her of gutting frontline police resources.

But it's not just police cuts, that she should be held accountable for. During May's tenure at the Home Office – one of the longest in modern times – she was also responsible for the biggest overhaul of the Prevent strategy since its inception in 2005. The controversial strategy was first developed to combat the threat of extremism, primarily from Al Qaeda post 9/11. After the 7/7 bombings, it was expanded under the Department for Communities and Local Government (DCLG) in an attempt to intervene before a young person became vulnerable to radicalisation. The programme linked together grassroots organisations and local government with national bodies. It was an attempt to create a multi-faceted counter-terrorism strategy.

When May took over the Home Office in 2011, she overhauled Prevent, and put in its place a more centralised version designed to tackle "all forms of extremism", including non-violent methods. Prevent now reaches further. Far from its original goal to prevent radical violence, it now has a place in almost every major public institution – ranging from schools to hospitals, all with the aim of deradicalisation and early intervention.

Under this restructure, Prevent has gained a reputation for overstepping the mark, rather than being a real problem solver. Earlier this year, the local education authority in Bedfordshire admitted they had racially discriminated against two brothers of Middle Eastern descent, aged seven and five, over fears that a toy gun given to them as a present may have been a radicalisation risk. In other cases, young people, usually of Muslim descent, claim that they have been reported to Prevent for political activism, or even mentioning the word 'ecoterrorism'.

According to Prevent officers and coordinators I've spoken to, these are just a handful of cases that ignore the positive effects of the strategy. Though these coordinators didn't want to be named for confidentiality reasons, they said that, at its best, Prevent worked to "mentor and give confidence to vulnerable young men and women, who are susceptible to all forms of threats".

One, who works in a London-based Prevent project told me: "Prevent is an important programme- but it's also one that can only work when it's accountable to the public. At the moment, it's not. The programme is shady, it's locked up in the Home Office, and there are cases when even other people working in Prevent don't know what's going on. It means that despite trying to be streamlined and efficient, Prevent as it currently stands sows more fear and paranoia among communities we want to work with, and, at the very worst, may end up empowering extremists”.

It's a sentiment shared by others who also work in the programme, many of whom feel that the programme has grown so large that there is both a lack of sufficient funds and a difficulty in knowing which individuals are at a more severe risk.

Maria Norris, a researcher on countering violent extremism at the London School of Economics says that while Prevent may not have been able to stop attacks like those in London and Manchester, the prime minister does hold responsibility for Prevent “continuing to be toxic”.

"Prevent is a police and community initiative so it is chronically underfunded," she says. "It's stretched too thin, being present in nurseries and so forth.

"For prevent to work it needs to narrow its focus much more. At the moment it is not only too broad, but it is toxic, having been associated with prejudice against the Muslim community for so long and fostered a great amount of resentment among some Muslim communities.

Both the prime minister and leader of the opposition have announced their intention to review the Prevent strategy in the coming weeks. It's likely that the next government will be looking to reform Prevent. But not everyone who works in Prevent is optimistic about that outcome.

Another source, who worked on a Prevent project in the north of England, told me: "Ideally, what we want is more community-led. We need community solutions to these issues, from people who know about the culture these young people come from.

"But that would require a big restructure, that Theresa May hasn't been keen on. The way I see it, it's likely that there will be more powers granted to the police, to security services and to central government, but those working on the ground- in the youth centres, in the libraries and in the Mosques, won't be given much more than they have already.

"Prevent is an important program, but the way it's going I don't think it's sustainable. If the next government is really serious about tackling the issue of radicalisation, in any context, they’ll have to be brave enough to admit the mistakes of Prevent over the past few years….I’m not sure anyone's willing to do that."

These demands have been around for some time now, without any sustained response from government. Whenever the programme fails, it allows for the potential creation of another extremist. It's, if anything, a greater black mark on May's record than the police cuts she orchestrated.

Hussein Kesvani is a writer and journalist. He is currently working on a book about religious identity and social media for Hurst.