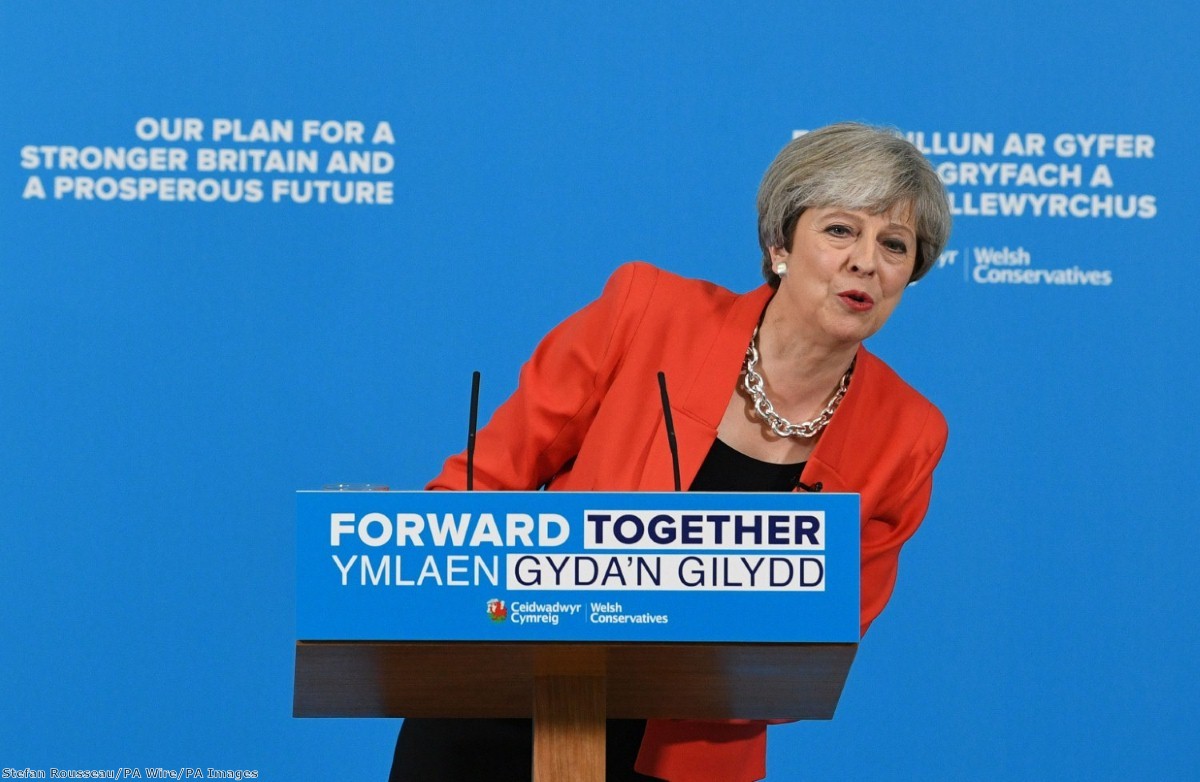 ‘Fake claims’ and £350m: Is this the first post-truth election?

It was, perhaps, the first authentically post-truth moment of this general election campaign. On ITV's Peston on Sunday, Boris Johnson insisted that the Leave campaign's promise to spend £350 million a week extra on the NHS after Brexit is also in the Conservative manifesto.

No, it isn't, said Robert Peston. "It is, actually, it is," replied the foreign secretary. "Theresa May….she said it at the launch of our manifesto." No, she didn't. But even Peston, one of the best interviewers in the business, could not force Johnson to acknowledge as much. The look on his face said it all: if I keep smiling, and josh a bit, people will believe me, or at least let it pass. Good old Boris.

That’s post-truth for you. Selected as the word of the year in 2016, Oxford Dictionaries defined it as shorthand for "circumstances in which objective facts are less influential in shaping public opinion than appeals to emotion and personal belief".

As trust in institutions has collapsed and the digital revolution has transformed the way in which we consume information, so we have retreated into echo chambers where algorithms feed us more of what we already like. For all its marvels, the web conspires to amplify the shrill and to dismiss complexity. For many – perhaps most – it encourages confirmation bias rather than a quest for full disclosure.

It cannot be emphasised enough that post-truth is not the same as political lies, spin or falsehood. What is new is not mendacity, but the public's response to it. Outrage gives way to indifference and, finally, to collusion. So what if what Donald Trump or the Leave campaign said was untrue? What counted was its emotional resonance, that it felt right.

In a survey of 2,000 adults conducted by OnePoll in early May, 68% said they were concerned that fake news could have some influence upon the outcome of this election. This anxiety is, in itself, a good thing. It suggests that voters are becoming more vigilant.

Has the campaign been polluted by disinformation? When executing her U-turn on social care, Theresa May insisted that Jeremy Corbyn had made "fake claims" about the original proposal – though it was not clear which particular allegations she was referring to.

The Labour leader, meanwhile, attributed a quotation about the NHS to Nye Bevan that was actually a fictional line from a television play.  But does this really count as "fake news"? Definitions matter, and I think the value of this term has been radically debased by overuse. Corbyn made a mistake, but not, as far as one can see, with any malicious intent to deceive. Trump, meanwhile, dismisses as "fake news" any media reports that he dislikes – a category that is unlikely to shrink, one imagines.

No: fake news is content that is deliberately falsified for political or financial gain. And there is no doubt of its potential to distort and even wreck the electoral process. In December 2016, an Ipsos poll for BuzzFeed of more than 3,000 Americans found that 75% of those who saw fake news headlines judged them to be accurate.

In this campaign, there have indeed been cases of intentional disinformation. An internet poster shared by a group called Labour Future warned, spuriously, that the NHS will cost "you and your family" £4,500 a year from January 2018. A bogus story headlined "Corbyn confirms a Labour government would pay £92bn Brexit bill in full" – drawn from a self-styled news site called YourBrexit.co.uk – was shared thousands of times on Facebook. I expect more of the same before June 8th.

Even so, there have been two significant changes since the US election. First, the tech giants have grasped that the party is almost certainly over: unless they take meaningful steps to prevent the spread of falsehoods, governments will step in with regulation that might seriously affect their revenue streams. But this, to say the least, is work in progress. Until the huge corporations that dominate the digital landscape acknowledge that they are publishers as well as platforms, the impasse between the pursuit of profit and civic decency will not be broken in an amicable fashion.

Second, the fact-checking industry has expanded dramatically and, in many cases, effectively. The BBC's Reality Check service is just one such initiative. Look, too, at the remarkable work undertaken by organisations such as Full Fact and First Draft to identify disinformation in real time. Such endeavours are encouraging signs that the polity is building up a new immune system suited to the mutating viruses of the post-truth era.

But this is only the beginning of the fightback. Those who say that politicians have always lied and that the pendulum will swing back misinterpret the nature and scale of what is happening to our information ecology. It is no accident that pseudo-science, conspiracy theories and Holocaust denial are growing in strength, and those who claim otherwise are deluding themselves.

If we want to preserve truth as the reserve currency of our democracy, we cannot afford to be complacent. Truth is discovered, not distributed, an ideal to be fought for not an entitlement to be lazily expected. Are we ready to fight for it?

Matthew d’Ancona is a columnist for the Guardian and the Evening Standard. His new book, Post Truth: The New War on Truth and How to Fight Back, is published by Ebury Press (£6.99)