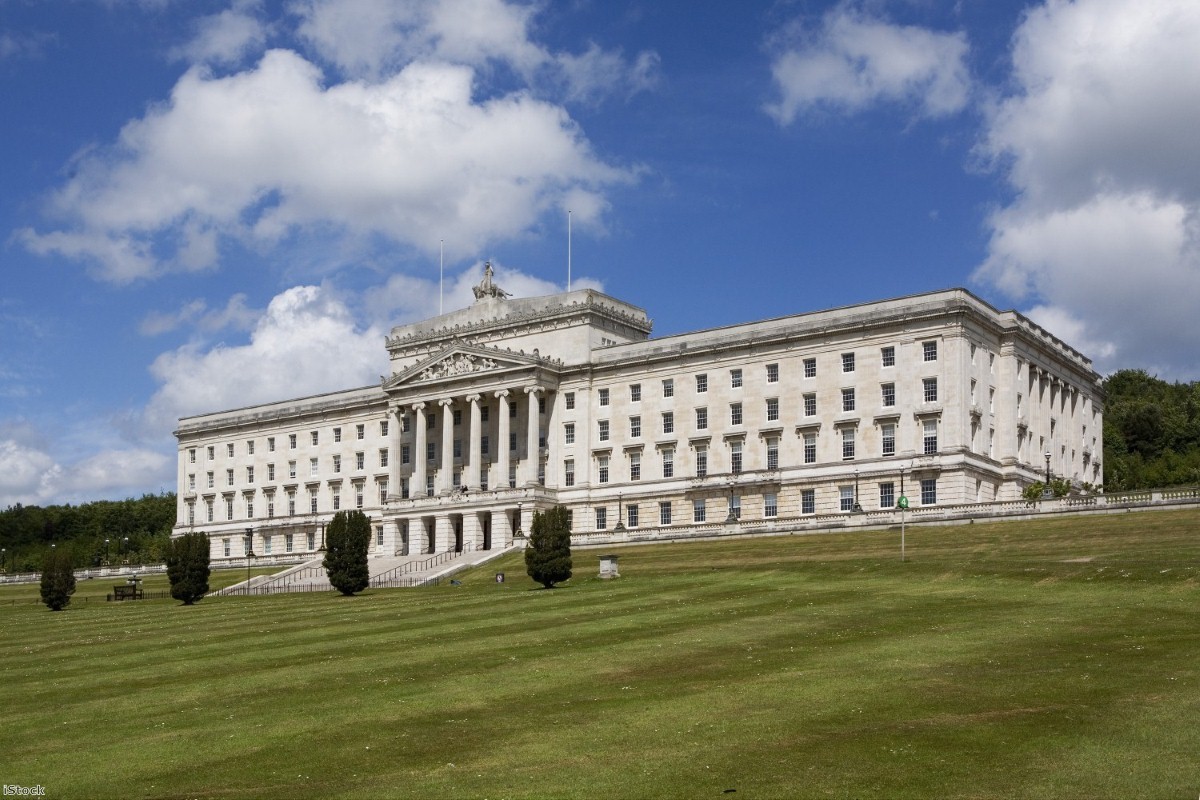 Northern Ireland’s Unionists are desperate to break their losing streak

The abiding falsehood, the lazy trope, is that Northern Ireland's conflict was about religion. The idea that the Marxist atheists of the IRA were trying to force young Protestants to morning Mass, or that the heathen gunmen of the UDA were fighting for the pre-eminence of Justification by Faith is somewhat wide of the mark.

Northern Ireland's bloody history is about power and loyalty. It is, in the parlance of political science, an ethno-national conflict. In plain English, two different groups want the same territory to be part of two different states. Religion may be an identifier to the participant groups in the conflict, but it isn't the cause of it.

Unfortunately, though, elections inevitably become a tribal carve-up. The 'sectarian headcount' as it's often known. Unionists (who are, yes, overwhelming Protestant) vote for unionist parties and Irish nationalists (yes, usually Catholic) vote for the nationalist SDLP or Sinn Fein.

As a result, not much alters in terms of control of the 18 Westminster seats up for grabs. However, gradual population changes are beginning to make a few seats more competitive.

For instance, the combined nationalist vote in places like Fermanagh and South Tyrone and Belfast North should be enough to wrest them from unionist MPs.

The problem for nationalists, though, is that both the SDLP and Sinn Fein stand in these seats, splitting the vote. So the Ulster Unionist, Tom Elliot, holds Fermanagh and South Tyrone, while the Democratic Unionists’ deputy leader, Nigel Dodds, is MP for Belfast North. However, given 2017 is turning out to be a stinker for Unionism, both men are still vulnerable. Unionists are on the back foot and they know it. Their political leaders need a decent showing in the general election to steady nerves and hold what on to what they have.

Across the city in the once staunchly-unionist citadel of east Belfast, a different threat has emerged in recent years. The seat fell to the cross-community Alliance party back in 2010 before the DUP managed to recapture it at the last general election.

These days, the sense that Northern Ireland is slipping away from unionists is palpable. The shockwaves from the recent assembly elections, where Sinn Fein surged to within a single seat of supplanting the DUP as the largest party, are still being felt.

So it's no surprise there is talk of a unionist pact between the Democratic Unionists and the Ulster Unionists – bitter rivals – to maximise the chances of unionist victory in these few battleground seats.

Pacts are rarer on the nationalist side of the aisle. The SDLP doesn't like the idea of sectarian head-counting in principle, but they don't like Sinn Fein much either.

In the 2015 election, Sinn Fein's candidate, the veteran republican Gerry Kelly, caused a bit of a stir when he put out a leaflet in North Belfast pointing out that Catholics now narrowly outnumbered Protestants in the seat by 46.9% to 45.6%.

Nevertheless, there has been chatter for a couple of weeks about an anti-Brexit pact between Sinn Fein, the SDLP and even the Alliance party, punishing the hard Brexiteers of the DUP. This is interesting. It rebadges the concept of an anti-unionist pact in terms of tactical opposition to Brexit. (After all, Northern Ireland voted 56% to ‘Remain’). Of course, this echoes similar discussions among British opposition parties towards the Tories.

Yet despite an initial flurry of excitement, it seems the tide may now be going out on the idea. Yesterday, the two unionist parties conceded that they have failed to agree the terms of a pact, an endeavour not helped, in all probability, with the new Ulster Unionist leader, Robin Swann, only being in the job for a few weeks, following Mike Nesbitt's resignatio over the party's disappointing assembly election performance back in March.

Meanwhile, the SDLP has rebuffed Sinn Fein’s suggestion to step down in Fermanagh and South Tyrone and Belfast North, with its leader, Colum Eastwood, saying it will 'stand on its own two feet in this election.' So be it. This means at least three nail-biting contests which may still see loose inter-party co-operation on the ground.

In Belfast North, Sinn Fein still has a trump card. The party is running John Finucane as its candidate. As the surname suggests, he is the son of the murdered solicitor Patrick Finucane, who was gunned down in 1989 during a home invasion by loyalist killers working for the British state.

His killing, one of the bleakest in the catalogue of Troubles-era murders, remains a running sore to nationalists following David Cameron's U-turn on establishing a judicial inquiry into his case.

The Finucane name and the dignity of the family in their on-going pursuit of justice may prove electorally potent in galvanising the nationalist vote. It doesn't hurt that John Finucane, a solicitor himself, is also a prominent former Gaelic footballer.

In East Belfast, the leader of the Alliance party, Naomi Long, is looking to retake the seat she first snatched from then DUP leader Peter Robinson in 2010. Long is a canny and attractive politician and it’s hardly credible for the DUP to characterise her as a nationalist threat. The lack of a deal between the two biggest unionist parties will presumably help her split the unionist vote. She is further helped by the pro-Remain 'Open Britain' group supporting her in a seat where the gap between Leavers and Remainers last June was just 1700 votes.

So Unionism has a fight on its hands, potentially losing two or three of the seats it currently holds. The upshot is that if the DUP cannot hold the eight Westminster seats it currently has and if the UUP's Tom Elliot loses to Sinn Fein in Fermanagh and South Tyrone, then the slough of despond unionists currently find themselves wallowing in will feel all the deeper.

Kevin Meagher is author of 'A United Ireland: Why unification is inevitable and how it will come about,' published by Biteback.