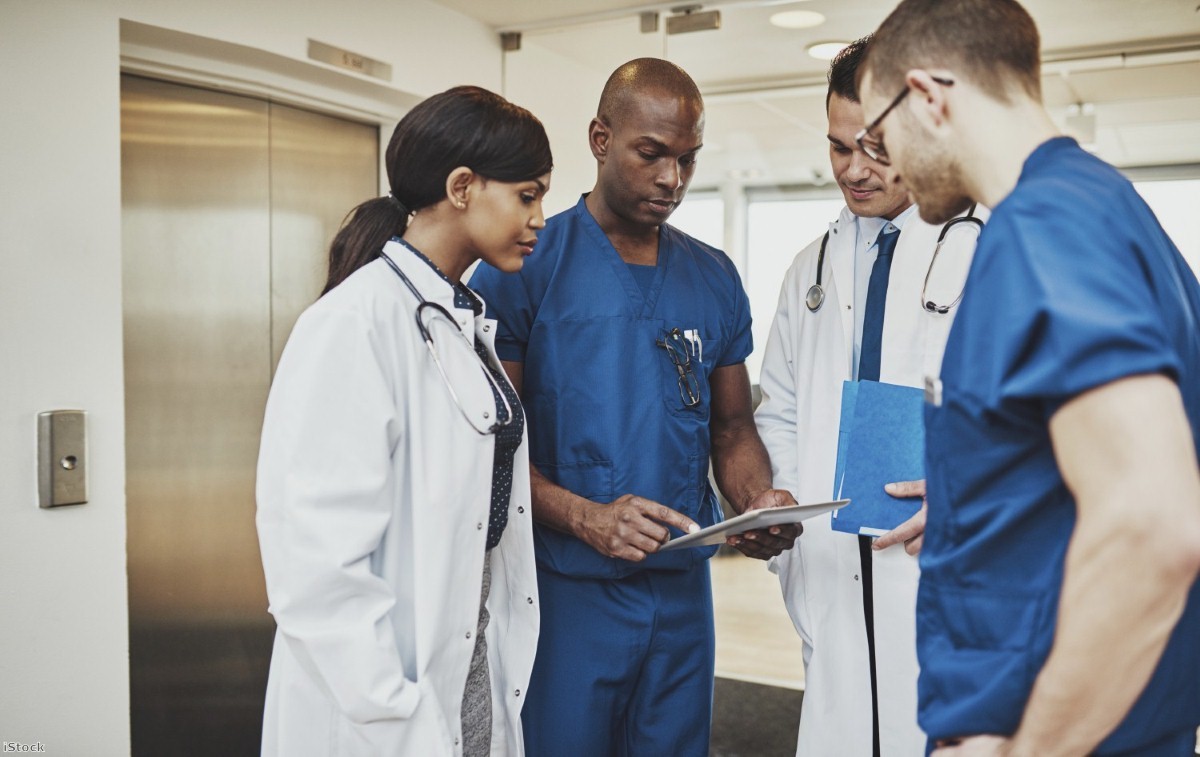 One Day Without Us: It’s time for an immigrant strike

Just over a month ago I wrote a brief Facebook post calling for an immigrant strike. I asked people what they'd think of a national day of action along the lines of the 2006 'One Day Without Immigrants' protest in the US and similar action in Italy in 2010. The essential idea behind these two protests was a 24-hour national boycott, in which immigrants and their supporters withdrew from the activities they normally took part in.

Some stopped work or closed their restaurants and businesses. Others took their kids out of school and didn't spend money, use public transport or shop. In the US more than a million people took part in protests up and down the country, including undocumented migrants who risked arrest and deportation. In Italy some 350,000 migrants and Italians participated in a day of marches and rallies. Both protests were intended to highlight the vital contribution of immigrants to societies that were increasingly hostile to their presence.

Such a protest would be a good idea in the UK. This a country where immigrants are routinely vilified by the British press as parasites, benefit fraudsters and health tourists, as criminals and cultural aliens, and intruders stealing our resources.

These tendencies have intensified as a result of the EU referendum campaign. Since June, it is clear that increasing numbers of people now feel entitled to verbally and sometimes physically attack foreigners or people who look and sound like foreigners. Rather than combat these tendencies, too many politicians have sought to pander to them or cynically sought to manipulate them to their own advantage.

The result is that millions of migrants across the UK, whether they come from the EU or beyond, are living in a state of precariousness and insecurity that many of them have never experienced before. EU nationals who made their home here have now found themselves referred to as bargaining counters and have discovered to their horror that Britain's politicians are not prepared to guarantee their legal rights post-Brexit. The sons and daughters of earlier generations of immigrants are hearing the same racist insults that were once directed at their parents.

Please join us, follow us, get involved in any way you can #1DayWithoutUs and pls RT pic.twitter.com/hDinwaFICR

Without this context, my tentative post would have remained part of a Facebook conversation. Instead it quickly went viral. Within a week a group had been formed called One Day Without Us. We had a date – February 20th next year, UN World Day of Social Justice – and the nucleus of an organisation. Today One Day Without Us groups have been formed across the country to prepare for the day. We have become part of a wider conversation in the national and international press and on social media, that involves tens of thousands.

Out of nowhere, One Day Without Us has become not just a campaign, but an incipient social movement whose members come from many political and social backgrounds. They include Leavers and Remainers, employers and workers, foreign and British students, EU migrants and those from beyond the UK, and British citizens.

All of them are committed to the same general principles – to make a bold nationwide rejection of racism and xenophobia and counter the ongoing hostility towards immigration that has transformed words like migrant and immigrant into pejorative terms. We want to remind British society of the crucial importance of immigration and provide migrants and their supporters with an opportunity to take part in a day of unity, solidarity and celebration that will help reset the narrative about immigration.

Let's reject the politics of division and hatred, join and take part in #1DayWithoutUs pic.twitter.com/fFMM3lLgY5

We are not naive enough to believe that a single day can achieve all this. We know that some opinions will never be changed, and that the transformation we would like to see will take time. But we also know that there are millions of people – both Leavers and Remainers – who have been shocked and disgusted by the hatred and fanaticism seeping out from the political sewers, with the encouragement of politicians and newspaper editors who should know better.

It isn't necessary to see jackboots in the streets to see echoes of the 1930s in these alarming developments. No society can take its moral superiority for granted and we need to remember that countries can go backwards as well as forwards. Britain has always had a peculiar willingness to believe in some in-built gene of decency and rationality in our national psyche that inclines us towards tolerance and moderation.

Foreigners have sometimes reinforced these assumptions. Some years ago, Arthur Koestler remembered his arrival in the UK in 1940 after months of imprisonment in Spanish prisons and French internment camps. "What appealed to me was what Orwell described," he wrote. "Those anonymous crowds, gentlemen with walking sticks, old maids bicycling to Holy Communion through the fog and the mist. A nation of darts players, pigeon fanciers."

There have always been reasons to qualify such imagery. Contrary to what some politicians argue, national values are not passed on like DNA, but must be defended and protected by each generation. At present we are failing to do this. At no period in our recent history has Koestler's vision of British society looked as threadbare as it does now. Powellism, the rise of the National Front in the late seventies, MargaretThatcher's swamping speech of the early 80s, the asylum seeker moral panic of the late 1990s – all these episodes pale in comparison with the dangerous forces that have been unleashed since June.

Today we inhabit a society in which prejudice, fear and hatred of foreigners increasingly erodes logic, morality and even national self-interest; where MPs are targeted; where judges are described as enemies of the people, where a foreign woman who insists on the primacy of parliament is subject to racist abuse and rape and death threats, where you can be verbally and physically attacked if you speak a foreign language in the street or simply happen to look foreign.

We don't believe that these voices should speak for all of us. That is why we created One Day Without Us. We urge all men and women of goodwill to join us on February 20 and to help us prepare for it now. We believe that British society is being transformed into something bitter, paranoid and hateful – as all societies will be when they allow their baser instincts to prevail and scapegoat whole groups of people on the basis of their race or nationality.

We continue to believe that we are better than this. Help us dispel the malignant clouds that hover over us all.

Matt Carr is a writer and journalist.  For further information about One Day Without Us, visit the campaign website here and the Facebook page here.