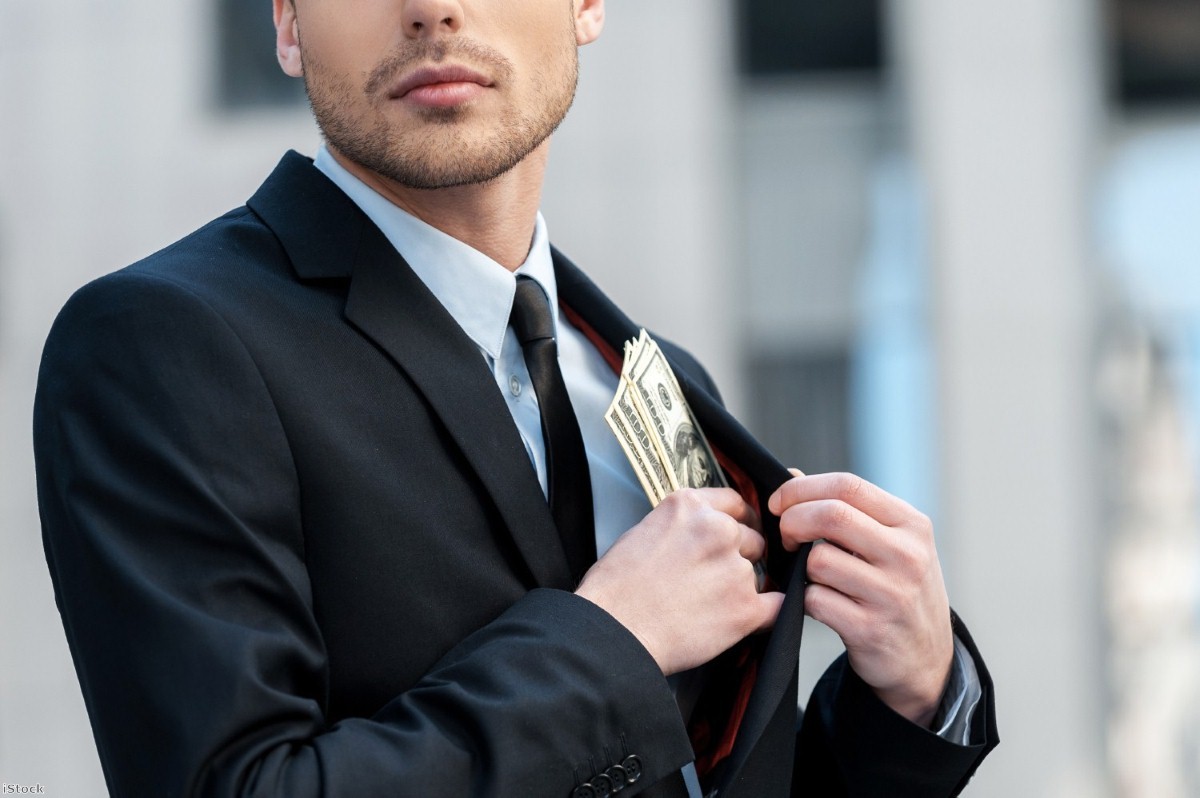 Brexit and corruption: Can a UK desperate for trade stay clean?

By Robert Barrington and Duncan Hames

The new government was very quiet over the summer about its policies. This was particularly notable on anti-corruption issues, given how much had been said in the previous twelve months – not least by the Home Office under Theresa May's leadership. Here Robert Barrington and Duncan Hames, of Transparency International UK, assess the state of play – and where things may be heading.

Where do we stand?

It's inevitable that Brexit will dominate the political scene and parliamentary time in the coming years. But that does not mean other things stop being priorities. If the new government is to address its domestic challenges and convince the world that it still intends to be a global player, the UK's positioning on corruption remains important. The challenges posed by corruption are as relevant right now as they were when the government hosted its Anti-Corruption Summit in May: global security, a level playing field for British exporters, and cleaning up the UK’s reputation as a safe haven for corrupt capital. We can add some emerging tenets of Mayism to this list: social justice, corporate governance, and decision-making that is not held hostage to privileged interests.

We've heard positive noises from the new government. We are now confident it won't engage in a wholesale dumping of the commitments made as recently as six months ago. But at the same time, the sands are shifting, sometimes in a worrying direction: We have a new trade department with no track record in building anti-corruption measures into trade deals, a predicted festival of lobbying as special interests try to gain advantages from the new order, and an economy that will need to attract inward investment with inevitable temptations to cut ethical corners.

Set against this new landscape, a few encouraging speeches beg more questions than they answer – above all, about whether the government has a strategy for tackling corruption, or whether the approach will consist of a few departments doing piecemeal things while others do nothing or, even worse, allow inexperienced ministers to take Britain backwards not forwards.

One thing we do know is that the UK will be firmly in the global spotlight. Apart from having just hosted a major global Summit on corruption, it is about to be peer reviewed under three key global anti-corruption treaties: the OECD Anti-Bribery Convention, the Financial Action Task Force, and the UN Convention Against Corruption. It’s unusual for a country to have all those at the same time – but like it or not, 2017 will be a big year for scrutiny over the UK government's approach to corruption.

Undoubtedly, the Brexit government has a lot on its plate, so every initiative has to justify its place: the legislative log-jam is much anticipated and will begin with the Great Repeal Act, but just as challenging is likely to be securing time for the secondary legislation to pass regulations even for matters that have already had their bills enacted. The movement of officials around government between and within departments creates a scarcity of civil service talent, and those who are familiar with their brief will be increasingly overloaded. The consequence of all this is that ministers and officials alike will be re-assessing government priorities.

Brexit will dominate the news cycle and political coverage for some time, but the new PM need not wait before attempting to forge a legacy of her own choosing. From the ultimately unnecessary launch of her party leadership campaign, through those first words outside Downing Street as PM, to her inaugural leader's speech at Conservative party conference, Theresa May has been setting a clear direction which she has had a long time to decide upon.

The new prime minister has a reputation for sure-footed progress, decisions made carefully, resulting in positions which are stuck to determinedly. The commitment as home secretary to the Anti-Money Laundering Action Plan, and confidence to confront the police about their own corruption problems, are an encouraging foundation on which other anti-corruption measures, such as Unexplained Wealth Orders in the new criminal finances bill, can build. The new PM is not leaving responsibility for home affairs to the new team: so often frustrated as Home Secretary by Nick Clegg's chairmanship of the powerful Cabinet sub-committee on home affairs in coalition, she's now chairing it herself.

What should the government be doing? There are five key actions in the short-term, and some long-term markers it needs to lay down. These are the five for the short-term:

a) Show clear leadership from the very top, setting expectations of ministers' approach. The re-appointment of Sir Eric Pickles as the government's Anti-Corruption Champion still leaves a need for a strong voice at Cabinet and the means to coordinate difficult departments on an issue that won't be their top priority. We would encourage the PM to consider adding an independent commissioner to complement the champion role.

b) Publish a world-class anti-corruption strategy. The government has already announced that the strategy will be published by the end of the year, but its content and aspirations are as yet unknown. It will be tempting to retreat into comfortable platitudes, or ignore domestic corruption and focus on the results of the Anti-Corruption Summit. A world-class Strategy will need to cover corruption within the UK, the UK's global footprint, and the UK's interface with corrupt capital flows – anything less will look like a retreat from the UK's previous aspirations.

c) Enact the recently introduced Criminal Finances Bill, which includes provisions for unexplained wealth orders, to pursue the proceeds of corruption which have found safe haven in the UK;

d) Take on the taboo of corruption in UK politics (lobbying, revolving door, party financing, parliamentary standards) – acknowledged as a key corruption issue for the UK by everyone except those who are themselves in politics;

e) Re-commit to open government and open data – in the coming years, transparency will be one of the key mechanisms by which the government can explain what it is doing, and ordinary people can feel they are well informed about the changes to come.

And some longer term markers:

a) Commit to sorting out the secrecy and any related corruption in the Overseas Territories and Crown Dependencies: a key vulnerability for the UK that just won't go away;

b) Resist the siren calls for weakening the Bribery Act or allowing questionable funds to enter the UK – like the introduction of the golden visa system after the 2008 financial crisis;

c) Provide resources for enforcement. Good laws only work if they are properly enforced. The UK has sixty-six separate bodies responsible for corruption, plus forty-odd police forces. Coordination is key; but ultimately, they also need proper resourcing.

We've now heard much more of the government's vision for Britain after Brexit. A 'country that works for everyone', is a country where the government does not allow private interests to come before the public interest, where access to power is democratic and not something enjoyed only by a privileged few through expensive lobbying, where in fact people can work hard and get on in life whatever the circumstances of their birth.

Corruption –  the abuse of entrusted power for private gain – is totally at odds with the new government's vision. The challenge is to embed that approach amid the upheaval of leaving the EU as the UK finds a new role in the world.

There is a danger that instead the new government will respond to Brexit by courting inward investment regardless of its source and participating in a deregulatory race to the bottom which seeks advantage only by 'beggaring thy neighbour'. There are some who, having felt stifled by EU rules and regulations for so long, now see the allure of that buccaneering approach to global trade; but this would not be the 'ambitious global role' a prime minister concerned for social justice and good governance seeks.

The government has a choice. There have been some good statements of intent. It has sent a very strong signal with the criminal finances bill. But we don't yet know how it all knits together into a bigger picture. The publication of the promised UK Anti-Corruption Strategy in December will tell us a great deal about what kind of country this government really wants us to be, as we move past the rhetoric of Brexit into the reality.