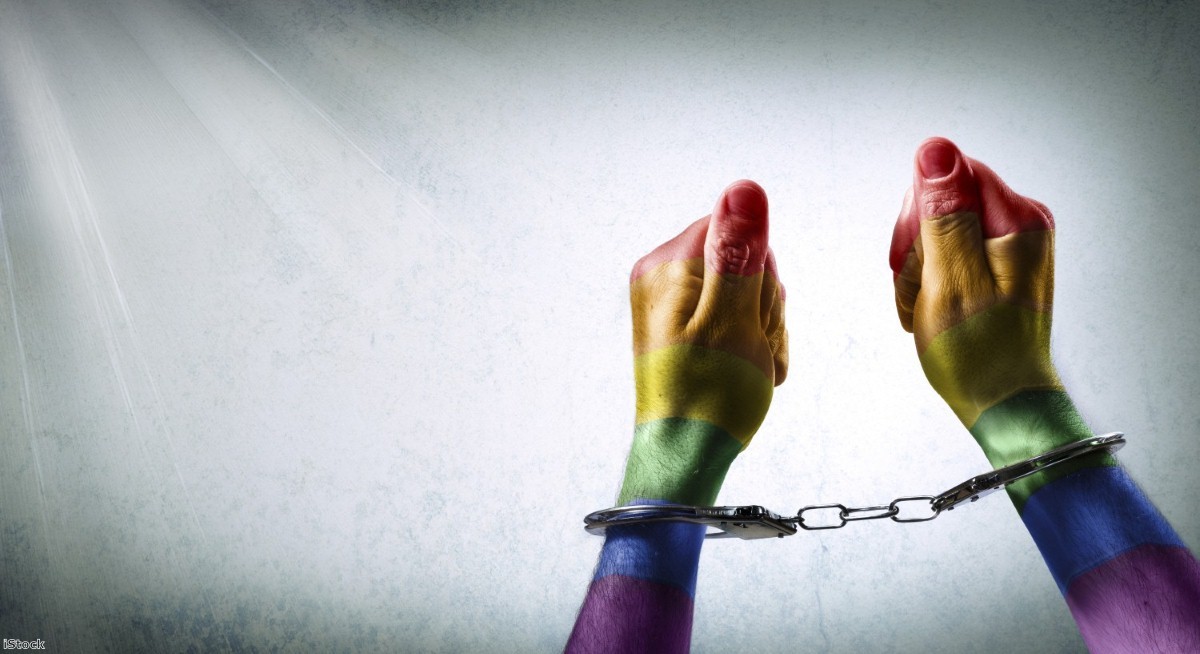 When LGBT asylum seekers escape persecution… Britain locks them up

In many countries lesbian, gay, bi or trans people face significant levels of violence and discrimination.

In 72 countries sex with someone of the same sex is still illegal, and in some of those people face the death penalty because of who they love. The isolation and fear of being LGBT in a society that rejects and persecutes those identities is acute. People are forced to flee their families, their homes, their countries – all an indication of how desperate the situation can be.

Stonewall has been working internationally, in collaboration with local groups and campaigners, since 2012. We know the most effective and sustainable way to advance international equality for lesbian, gay, bi and trans people is by working in partnership with those most affected.

We also know there is no single path to equality and that every journey will be different. For these reasons, our goal of achieving acceptance without exception for everyone, whoever they are, wherever they are, is inevitably going to be difficult, and it will take time. Unfortunately, before that time there will continue to be victims of state-led persecution, who have to escape their countries.

Sadly, our new report shows that for many, the UK offers little respite. The way the asylum system deals with people who are persecuted for their sexual orientation and gender identity has improved since we released our 2010 report, No Going Back, but there is still significant work for the Home Office to do to improve the lives and experiences of LGBT asylum seekers.

This report is the first of its kind to evidence the harrowing experiences of detained LGBT asylum seekers and exposes an atmosphere of intimidation and discrimination in detention. Instead of sanctuary, the current detention system subjects many LGBT people to the same discriminatory abuse that forced them to flee their home.

LGBT people, while in detention, are often forced to hide who they are for fear of abuse, yet those reviewing claims accuse claimants of not being visible enough, insinuating that they aren't really LGBT. In their weakest state, they are asked to prove how weak they are, without having the space or the resources to do this. Even when they are able to put together enough evidence to support their claim, some still face being forcibly removed because UK authorities deem their home country to be 'safe'.

At Stonewall we're working with international activists so that people do not have to live with the daily threat of violence and discrimination. But while LGBT people are forced to seek asylum, we urgently need to address the system in the UK that's meant to support them.

That means the Home Office must work with civil society organisations, advocates and other influencers like the all-party parliamentary group on global LGBT rights to address the serious concerns raised in this report. We need to ensure that when LGBT people reach the UK they are finally free to be themselves.

To create this report we had to rely on the bravery of individuals who were willing to speak out and we are eternally grateful to them. They have shown true courage in sharing with us what are clearly upsetting memories and experiences in the hope that it will create change.

Ruth Hunt is the chief executive of Stonewall.