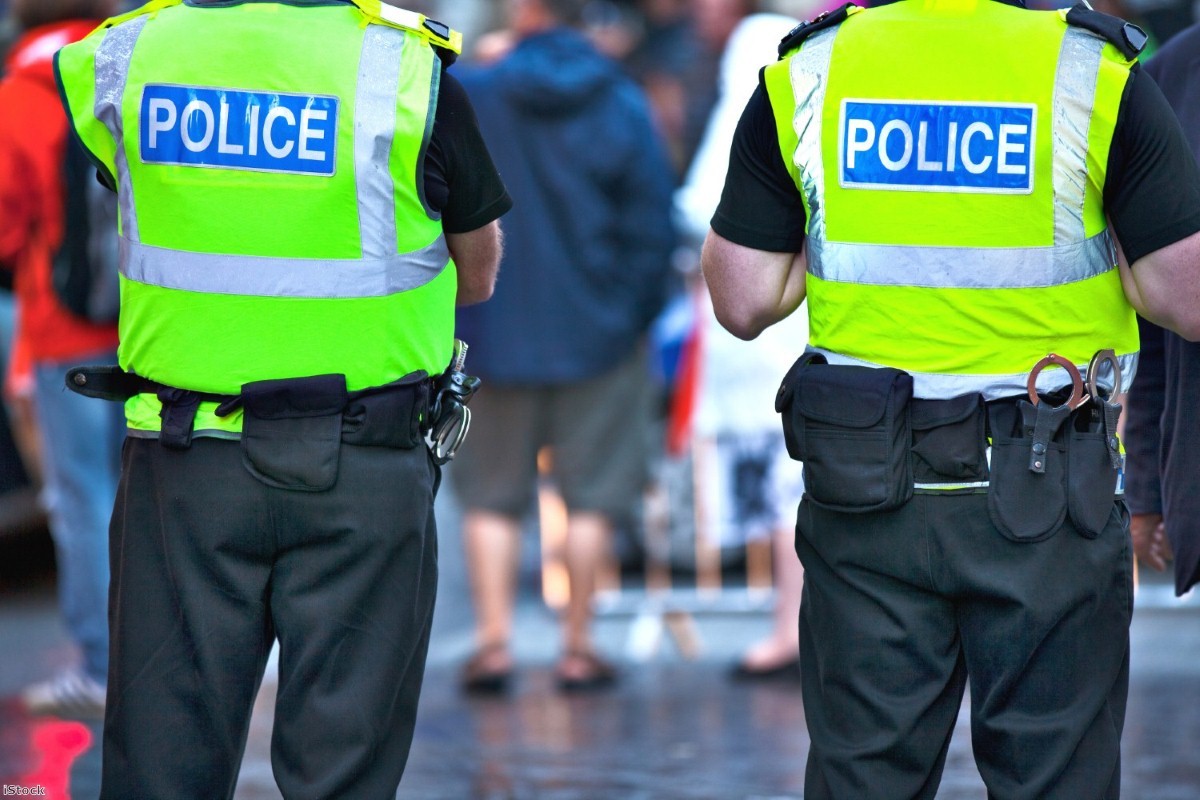 So while police forces across the UK claim to be concerned about racism and xenophobia, in practice, too often they are either sweeping the issue under the carpet, or taking measures which are deeply counterproductive.

Take for example the reaction to government's counter-extremism strategy. Back in 2015, Theresa May, then home secretary, spoke enthusiastically to police about the need to combat radicalisation in Islamic communities. The government, she said, had already provided the tools, from new legislation to training and resources: and pretty much whatever they wanted was theirs for the asking.

By January of this year, primary school teachers in Cambridgeshire were up to speed, diligently rooting out terrorists as young as six years old. And the local police? Well, they were well up for it, enthusiastically joining in on a "national week of action" designed to help them identify signs of radicalisation.

The first signs that this "rooting out terro" lark might have taken a wrong turn came in March, with a Luton nursery reporting a four-year-old to police for saying "cooker bomb" – when actually he meant "cucumber".

Much nervous laughter: but the police and Home Office stood firm. There would always be mistakes: and better a few innocent mistakes than for the rest of us to be blown to kingdom come by four-year-olds bearing cucumber bombs.

Then came the referendum, followed by a widely reported hike in hate crime. Much of it has been against the usual suspects: immigrants from the old commonwealth. New targets too: Poles, Romanians; anyone, in fact, who "sounded funny". A Polish man died in Essex.

More assurances were given – this time to the Polish government, who, clearly re-assured, sent some of their own police over here to assist in tracking down the perpetrators.

And then, a couple of weeks back, 400 neo-Nazis turned up in a field just north of Cambridge to commemorate the death of Ian Donaldson, founder of white supremacist group Blood and Honour. They had a grand old time, drinking and Sieg-Heiling the night away: singing anti-Semitic songs and displaying banners with clever slogans like "rapefugees not welcome".

This was not far from Huntingdon, where shortly after the referendum, cards containing the words "No more Polish Vermin" were distributed,

When news of this event became public, a local resident called the police to complain. She lives just a mile away from where it took place and has a son, whose surname is very obviously not English, at the local school.

Did Cambridge police spring into action, as might be expected given their preparations to combat radicalisation? Not quite. The call operator couldn't see any problem. The event was on private land. The caller had not been there and so why had she taken it upon herself to call the police?

The fact that a variety of offences, from public order, to inciting racial hatred, to encouraging terrorism might have taken place did not appear to have been considered. An official explanation from Cambridge police was, initially, more of the same. They weren't doing anything because they had no official report to investigate.

Did this mean there were two categories of crime? Could some crimes be safely committed so long as no-one reported them to police? The same official pooh-poohed this suggestion, adding that prosecuting guidelines required police to consider "context" and likely audience: presumably a banner targeting "rapefugees" would have less impact in a room full of neo-Nazis than at a vicarage tea party.

Belatedly the police did agree to take a report. They might yet do something. But too little too late. The sense of police focusing on the wrong targets and worse, through selective policing, contributing to radicalisation remains palpable.

In Lancaster this weekend there was another attack on another Polish person: and speculation that many more attacks go unreported because the Polish community simply does not trust the police.

Elsewhere, Muslim communities have endured indignity after indignity: pigs heads left outside mosques. Christian "patrols" in London and marches through predominantly Muslim areas organised by Britain First. Some police forces have responded well and have spoken up for their local communities.

Still, the sense that overall UK policing is missing the point altogether is hard to shake. On the one hand they are not doing enough to protect vulnerable communities and at the same time they are over-reacting to incidents which give stimulus to the very extremists they claim to be protecting us from.

The far right is very very aware how this works. It wants to isolate and provoke because it knows its best hope of success is to set police and community at one another's throats.

We forget at our peril that the Northern Ireland troubles began when the British Army was sent to protect the Catholic community from Protestant violence. And that it was the army's inadequate response, combined with their crackdown on catholic anger which helped spur so many years of bitter conflict.

It is a mistake which we must pray our police are not about to repeat all over again.

Jane Fae is a feminist, journalist and campaigner on political and sexual liberty. You can follow her on Twitter here.