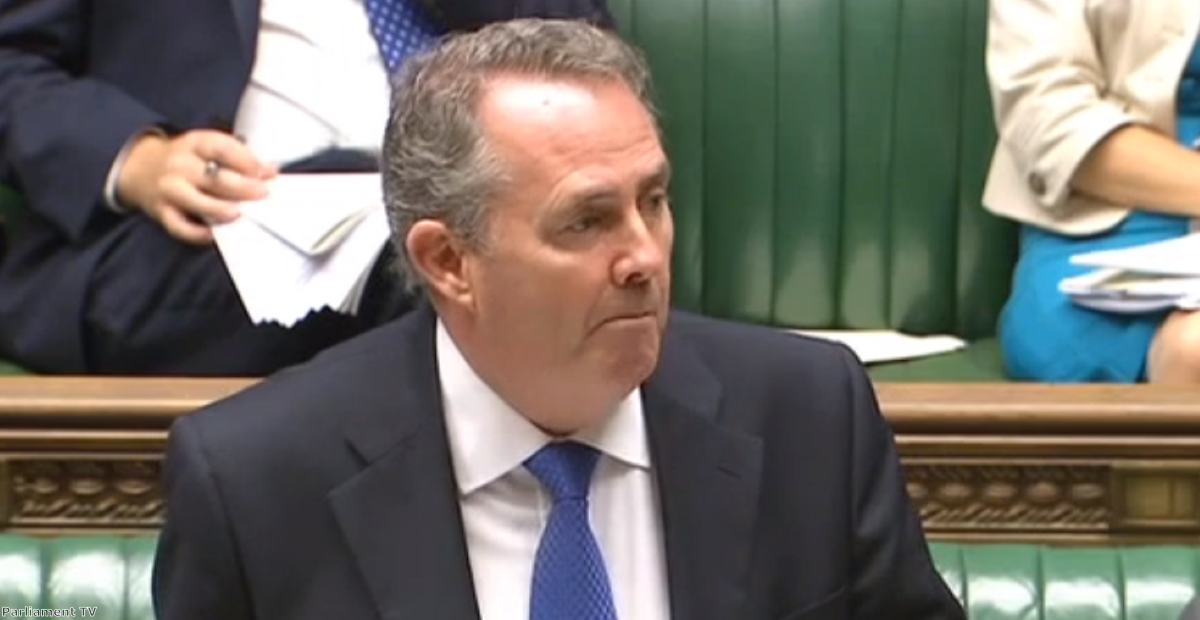 Little noticed at this week's Conservative Party conference was the news that international trade secretary Liam Fox has endorsed the two secretly negotiated trade deals, TTIP (Transatlantic Trade and Investment Partnership) and CETA (Comprehensive Economic and Trade Agreement), between the EU and the USA, and the EU and Canada respectively.

Fox's support for these deals makes a mockery of the claim to be 'taking back control' for British people. For it is through these deals that Fox will eradicate the 800-year-old British commitment to equality before the law. This is in order to allow US and Canadian corporations to sue the British government under 'investor-state dispute settlement' (ISDS) powers for policies that affect their profits – for up to 20 years after Brexit and regardless of what any parliament may want.

Thankfully successful campaigning across the EU has demolished any hope of TTIP passing in the near future. The Brexit vote means TTIP cannot apply to the UK as an EU member state, yet Fox will likely want do all he can to make sure the UK is added on to any deal, regardless of our EU status.

With the European Commission pulling out all the stops to pass CETA next year, we could still be affected by the deal. And CETA's ISDS 'corporate court' mechanism means more than 40,000 US corporations with offices in both Canada and the EU will gain access to these new powers.

In the last month we've seen an about-face from MEPs who now admit – two years after negotiations concluded – that CETA's text fails to secure workers' rights, our ability to maintain public services and keep environmental regulations, and threatens government sovereignty and the law via the corporate court mechanism itself. They have been joined by Austria, Belgium, and Poland, where, along with other Eastern European countries, intense concerns remain about the threat to sovereignty and domestic courts from CETA.

As a consequence, the Commission and Canada have been scrabbling to piece together a declaration that will supposedly address these deep flaws. However, despite this clear admission of the dangers embedded in CETA, both refuse to re-open the deal's text.

As Steven Shrybman, partner in the law firm Goldblatt Partners LLP, explains, such a declaration is just misleading spin. Put simply, it would have no legal impact on the text of the deal and "it is highly misleading of the ministers to state or imply otherwise.”

However it now appears that the UK government is tied to these deals at an ideological level and is committed to shunning any advice or evidence against them.

When a House of Lords committee warned that TTIP growth figures should be used with "extreme caution", the government stuck to its line that it would create a 0.5% GDP boost of £400 for every household.

And while government-commissioned London School of Economics research on the impact of TTIP's corporate courts on the UK found we'd be sued more than Canada – the most sued country in the Northern hemisphere – Fox has dismissed this.

The international trade secretary and his fellow Brexiteers have already shown a staggering lack of understanding of the fundamentals of trade and EU law. But with CETA being yet another obvious mistake, it's increasingly clear the government knows and understands exactly what it is entering into. And that is ceding control to a secretly negotiated European Commission-led trade deal which will entrench corporate power indefinitely. So much for taking back control.

Mark Dearn is a senior trade campaigner for War on Want