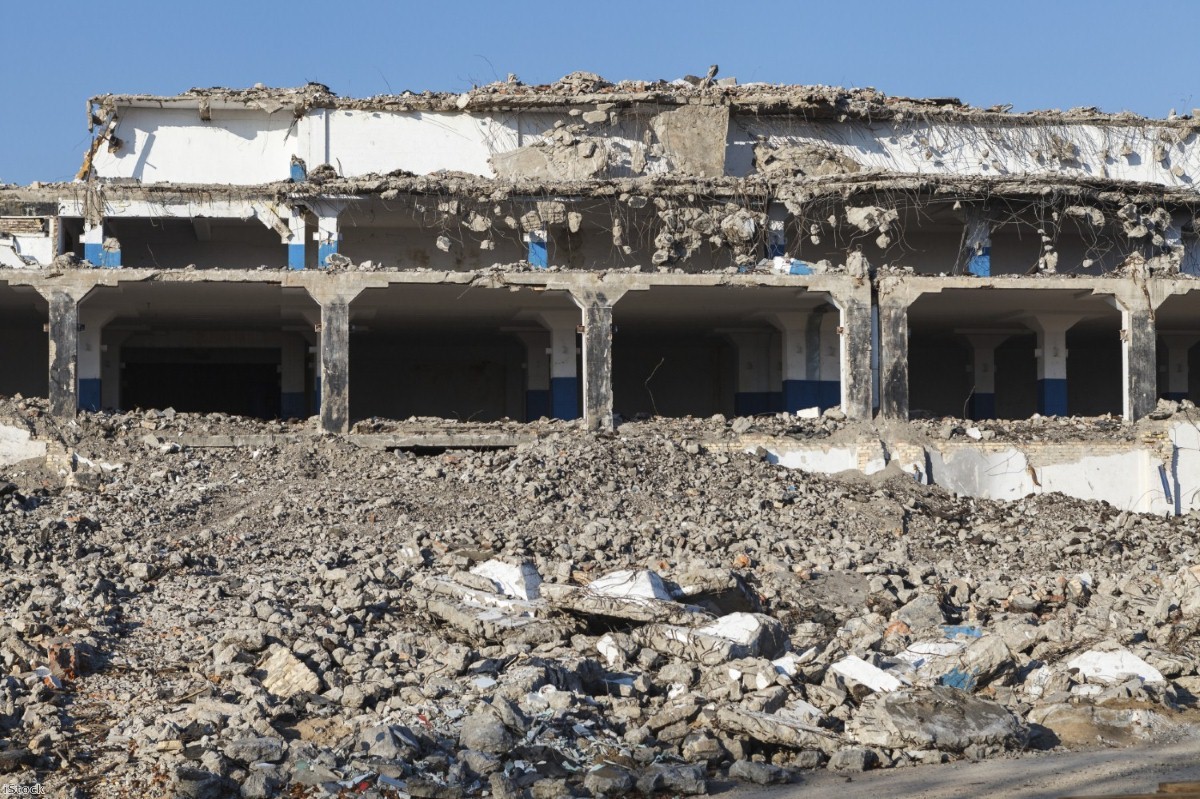 There are times when conflicts can feel far away and remote but like so many, the destruction of Yemen has been fought with political and military support from here in the UK. A fragile ceasefire hangs over Yemen, where a bloody and destructive civil war has been fought for the last twelve months. Air strikes and heavy fighting are still taking place in large parts of the country and although peace negotiations have begun, a long­-term political solution seems a long way off.

The civil war has taken a terrible toll, with the situation having been exacerbated and fuelled by a year­ long Saudi­-led bombing campaign. The results have been catastrophic, with over 6,000 people having been killed and chunks of the country having fallen under the control of Al­ Qaida and its affiliate groups.

Amidst the instability, it is the bombs that have had the greatest toll. According to Zeid Ra'ad Al Hussein, the UN high commissioner for human rights, "the [Saudi­-led] Coalition is responsible for twice as many civilian casualties as all other forces put together, virtually all as a result of airstrikes". There has been little reprieve for Yemeni people. The Saudi military is trying to tell the world that it has only been targeting 'legitimate military targets' but, like in all wars, it is civilians that are paying the price.

The UN has ranked the humanitarian situation on the same level as the terrible one in Syria. Electricity and running water have become scarce, while food prices are only increasing. Schools, hospitals and homes have all been destroyed by the air strikes. Few places are safe, with even weddings having been hit and the recent bombing of a busy market killing 120 people. Each death has been a human tragedy for which nobody has been held accountable.

The year­ long bombardment, and the resulting humanitarian crisis, has been condemned by the European parliament and many of the most respected humanitarian groups and NGOs in the world. This January, a UN expert panel accused Saudi Arabia of "widespread and systematic" attacks on civilian targets. Its 51 page report "documented 119 sorties relating to violations of international humanitarian law" and reported starvation being used as a war tactic.

One place where these concerns have fallen on deaf ears is in Whitehall, where the government bears a greater responsibility for the unfolding crisis than most. Right from day one the UK has supported the Saudi intervention. Foreign secretary Philip Hammond made his position crystal clear. After the first night of bombing he assured his Saudi allies that the UK government would support them "in every practical way short of engaging in combat". Government minister have provided political legitimacy for the strikes, while UK made fighter jets have flown overhead and British bombs have been dropped from the skies.

UK arms export rules are clear that licences for military equipment should not be granted if there is a "clear risk" that they "might" be used in violation of international humanitarian law. But that hasn’t altered a thing. The political will hasn’t been there. Since the bombing began, the UK has licensed almost £3 billion worth of arms to Saudi Arabia. These arms sales been complemented by a steady stream of diplomatic visits and photo opportunities.

Unfortunately this political intimacy is nothing new. Successive governments have worked and colluded with the Saudi dictatorship. The depths and extent of that shameful relationship has been revealed in a new report, A Shameful Relationship: UK Complicity in Saudi State Violence by David Wearing, a researcher at the School of Oriental & African Studies. As Wearing makes clear, the issue is not party political, or unique to this particular government. It is long­ term, institutional and unbending.

Regardless of the atrocities Saudi Arabia has committed, governments of all political colours and stripes have consistently and uncritically supported the regime. The political outcomes of this toxic relationship and the influence it buys are extremely clear. We see it every time that government ministers sign military agreements and lobby for arms sales, and every time they turn their back on those living under Saudi oppression.

Over recent months, the parliamentary consensus has began to shift. The Labour, SNP and Liberal Democrat front benches have all voiced serious concerns about the humanitarian situation in Yemen and called for an immediate suspension of arms sales. This is definitely a welcome change, and a clear break from the past. But, even if it is taken up, it can not be enough unless it is complemented by an end to future arms sales and a meaningful change in foreign policy.

If the ceasefire holds there will need to be a serious focus on political solutions and reconstruction. Millions are suffering and in desperate need of aid. It is for their sake that the UK must finally stop arming, supporting and empowering the brutal Saudi monarchy.

Andrew Smith is a spokesperson for Campaign Against Arms Trade (CAAT). You can follow CAAT at @CAATuk.