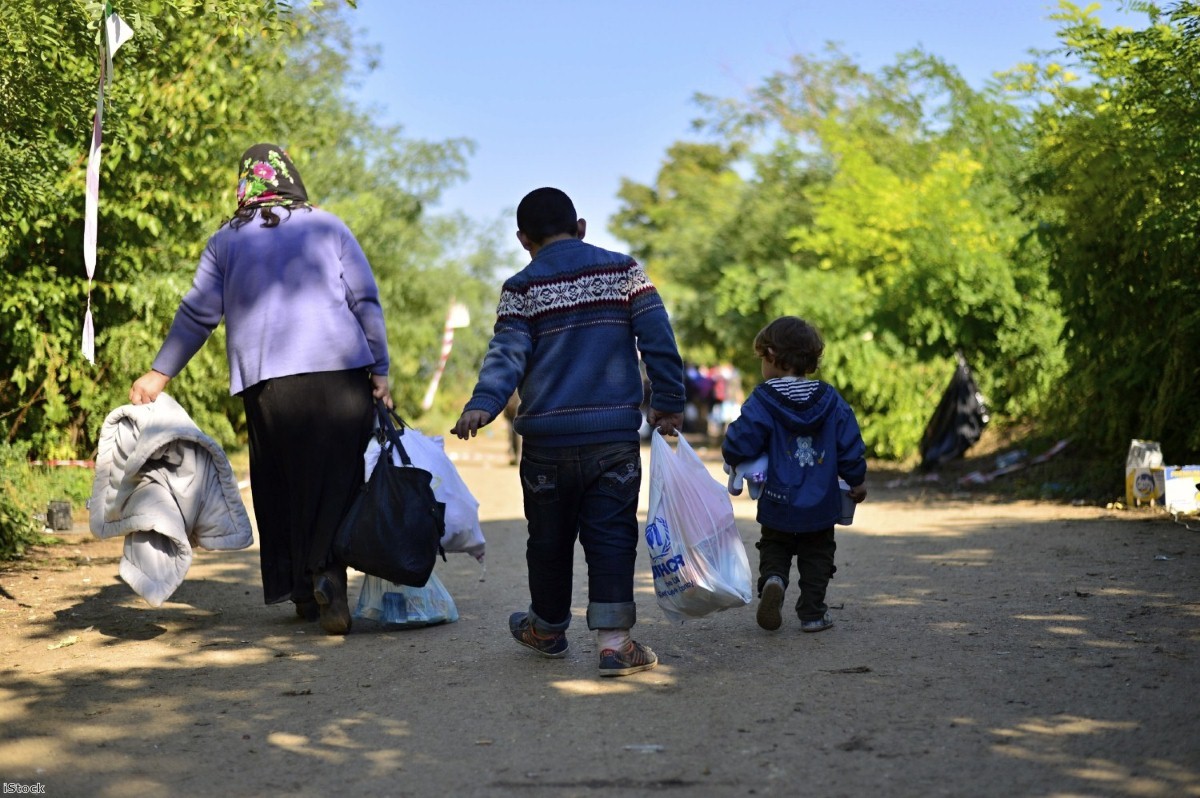 It’s time for supporters of refugees to talk about integration

It's been clear for a while now that Britain doesn't know what its refugee policies are for. But there's finally an opportunity to put this right. The home secretary announced at the Conservative Party conference in October that the government would publish a new asylum strategy.

This strategy should focus on integration. We urgently need to reform Britain's asylum and refugee policies so that they work for refugees and for Britain.

The current debate is dominated by numbers. Die-hard opponents of welcoming refugees argue that Britain’s primary goal should be to minimise the number of people reaching the UK. Some government policy points in this direction too. But there’s also a more humane strand, including the prime minister's commitment to resettle 20,000 Syrian refugees.

Britain should welcome more refugees from countries like Syria, but the success of Britain’s refugee policy should not be measured only by the number of refugees arriving here. We also need to be clear what we aim to achieve after their arrival, both for refugees and for Britain.

Current policies actually obstruct the ability of refugees to integrate and contribute. Refugees desperately want to learn English, but are frequently unable to access language classes. There's no support for refugees to help them access the job market or set up businesses. Asylum seekers are placed in temporary accommodation, often in areas of high social deprivation. There is little or no attempt to build relationships between them and existing communities.

For all our sakes, this must change. Refugee integration should be supported, not ignored or obstructed. To succeed, ministers in the Home Office and the Department of Communities and Local Government must work with the voluntary sector and businesses in three areas.

First, we must fast-track newly arrived refugees into high quality English classes. Rapid progress in English is essential for refugees to form relationships with existing communities, as well as to seek work. In our experience, refugees find it very difficult to access the support they need for this. At present we grant refugees the right to remain in the UK, but don't help them learn our language. There have been steep cuts in government funding for English language classes. It's madness.

Local volunteers and charities like Refugee Action can and do play a vital role in enabling people to practice English through social contact with local communities.  But this is no alternative to formal accredited tuition, particularly for written English.

Second, the government should set clear and ambitious goals for getting refugees into employment. The voluntary sector and businesses can play vital roles in this. There is considerable interest in supporting refugees to gain employment over the past six months. World Jewish Relief and a number of businesses are keen to develop programmes to help refugees into work, many inspired by the plight of Syrians fleeing to Britain. But to succeed voluntary initiatives need to be part of a national strategy. In 2015 the UK gave refugee protection to 11,500 people. They want to work and pay taxes. Our government must help them. The alternative is a huge waste of talent and tax revenue.

Third, the government must actively support local authorities and the voluntary sector to build strong communities at local level. When the floods hit Britain recently, Syrian refugees were among those that stepped up to help. There could be far more of this. With the right support, refugees will be enthusiastic volunteers in their new communities, and members of sports clubs and community groups. But there is currently no role or funding for local authorities or the voluntary sector to promote dialogue and integration. It's difficult to think of a worse way to foster the successful integration of refugees.

It’s time to establish an effective integration strategy for refugees who have fled war and persecution. The EU referendum has taken the fog of misinformation and occasionally hysteria about refugees to a new level. It makes it all the more urgent that we support refugees in the UK to integrate and contribute to our societies.

The incoming coalition government in 2010 deprioritised this. The result is a system that neglects the talents of refugees, and in the long-term could weaken social cohesion. It is a lost opportunity for us all.