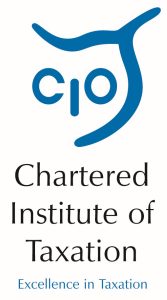 ‘No surprises’ spring statement gets thumbs up from tax professionals

The Chartered Institute of Taxation has welcomed today’s limited spring statement as a significant step towards more considered and more effective tax policy-making.

“A limited statement, with no fiddly tax changes or ‘rabbits from the hat’, but launching a number of broad early stage consultations, is just what we wanted to see.

“Tax change is one of the greatest causes of complexity, and having two major fiscal events a year encouraged government to keep fiddling about with the system, while frequently not allowing enough time to consult on planned changes. Today’s spring statement indicates that the Chancellor is serious about limiting new tax announcements to just one annual fiscal event – the autumn Budget. This should enable officials at HMRC and the Treasury to get off the treadmill of constant change, reducing the strain on the Government’s tax policy resources and freeing up time for better consultation and scrutiny of those proposals that are put forward.

“We welcome the Government’s launch of a number of broad ‘calls for evidence’ today.  More early stage consultation was – like a single fiscal event – a central recommendation of the Better Budgets report1, published in January 2017 by CIOT, the Institute for Government and the Institute for Fiscal Studies.

“In the past too many consultations have begun when key decisions have already been made, shutting off potential better options to achieve the same goal. Calls for evidence, like those launched today on the VAT threshold and on ‘tackling the plastic problem’, are hopeful early signs that the government will be doing more early consultation, getting input from business, tax professionals and others to inform the process before a proposal has been drawn up.

“Nobody thinks the tax system is perfect, or that it doesn’t need reform. But we need considered, carefully consulted on, change, enacted with good warning and in line with a coherent and widely understood ongoing strategy.  Acting less fitfully, but more effectively, should be the Government’s approach. Today’s limited statement is a good start.”

1.       Better Budgets was published by the CIOT, Institute for Fiscal Studies and Institute for Government in January 2017. Click here for further information or to read the report.