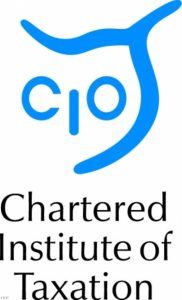 Changes to universal credit announced – but do they go far enough?

In today’s Budget the Chancellor confirmed a £1.5 billion package of changes to universal credit in order to address some of the recent concerns raised about the impact of roll-out on claimants.

Although the changes are welcome, we are disappointed that no changes were announced to the rules for self-employed claimants in universal credit.

Anne Fairpo, Chair of LITRG: 'These changes to universal credit are, of course, welcome. However, we are disappointed that the government failed to take the opportunity to change the rules for self-employed claimants in universal credit.

'Since 2010, we have raised concerns about the design of universal credit for the self-employed. In our recently published report "Self-employed claimants of universal credit – lifting the burdens" we once again outlined the main shortcomings of the system and proposed what we believe to be a workable alternative.

'Perhaps one of the harshest parts of the current rules is the minimum income floor and its impact on self-employed claimants with fluctuating incomes or one-off large business expenses.

'We acknowledge that there must be a balance between protecting public funds on the one hand and supporting self-employed businesses on the other, however we do not believe the current rules achieve this balance.

'By changing the rules to allow self-employed claimants to average their income over a period up to 12 months as well as extending the start-up period and adopting our other recommended changes, the Government could achieve a better balance without penalising those who do have sustainable business when viewed over a longer period.

'It is disappointing that today’s Budget did not take the opportunity to address these flaws.'

Recognising the recent concerns raised both in parliament and by third sector organisations about universal credit, the government has announced that they will:

Offer an interest-free advance of up to a month’s worth of universal credit within five days for those who need it and who have an underlying entitlement to universal credit. The recovery period for these advances will be extended from the current six months to twelve months. This will be in place from January 2018.

From February 2018, the seven day waiting period will be removed, so that entitlement to universal credit starts on the first day of the application.

From April 2018, those already on housing benefit will continue to receive their award for the first two weeks of their universal credit claim.

It will be easier for claimants to have the housing element paid direct to their landlord.

Hidden in the accompanying Budget documents was confirmation that universal credit roll-out will slow-down between February 2018 and April 2018 and that roll-out will not be complete until December 2018 (rather than September 2018 as previously announced).

1. The LITRG report ‘Self-employed claimants of universal credit – lifting the burdens’ can be found on the LITRG website.

2. Low Incomes Tax Reform Group The LITRG is an initiative of the Chartered Institute of Taxation (CIOT) to give a voice to the unrepresented. Since 1998 LITRG has been working to improve the policy and processes of the tax, tax credits and associated welfare systems for the benefit of those on low incomes.

The CIOT is the leading professional body in the United Kingdom concerned solely with taxation.

The CIOT is an educational charity, promoting education and study of the administration and practice of taxation. One of our key aims is to work for a better, more efficient, tax system for all affected by it – taxpayers, their advisers and the authorities.

The CIOT’s work covers all aspects of taxation, including direct and indirect taxes and duties. The CIOT’s 18,000 members have the practising title of ‘Chartered Tax Adviser’ and the designatory letters ‘CTA’, to represent the leading tax qualification.