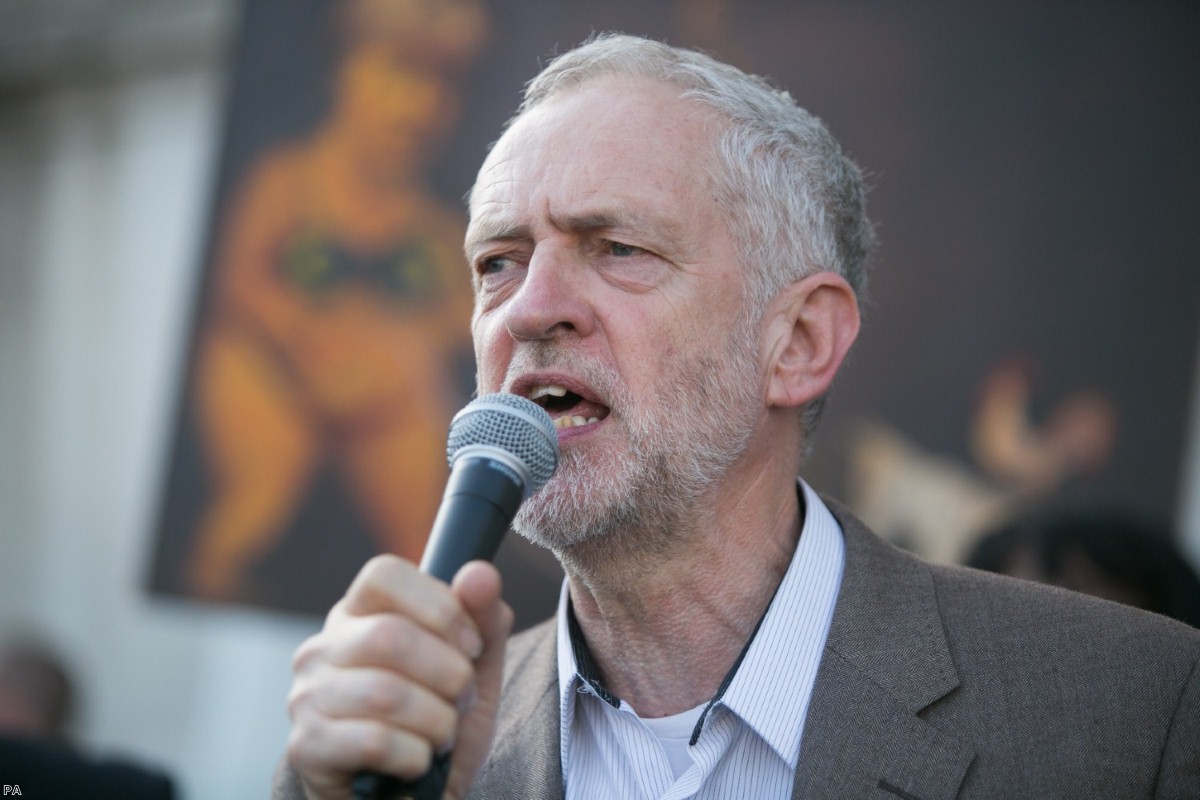 More than 100 of Jeremy Corbyn's own supporters today called on him to apologise to victims of sexual violence, after ignoring requests not to attend an event partly organised by members of the Socialist Workers Party.

The signatories, which include members of Momentum, Labour and leading trade unions, say Corbyn's attendance at the "Stand up to Racism" (SUTR) event earlier this month allowed the SWP to "launder" their reputation and recruit vulnerable young activists into the fold.

"We refuse to see our movement, which is associated with your leadership, used to launder the reputation of an organisation and individuals who have shown a well-documented disregard for the interests and experiences of survivors of sexual violence…" the letter states.

"The SWP was trying to use the Stand Up to Racism event to recruit both university and sixth-form students, who may be unaware of its record on sexual violence…

"We call on you to apologise to survivors for speaking at the Stand Up to Racism conference and to explain properly why you reversed your decision not to attend. We also call on you to decline any future invitations to speak at events organised by members of the SWP and request that you refuse to share platforms with the party's central committee members."

The SWP have previously been accused of seeking to cover up allegations of rape and sexual violence within the party. Corbyn's office have since denied that the SUTR event was a "front" for the SWP. However, campaigners insist a number of the party's leading figures were involved in organising and promoting it.

Earlier this month campaigners made public a letter calling those speakers due to address the rally to withdraw. They say Corbyn's name was deliberately left off the letter after his office indicated that he would not be attending.

Several other prominent speakers did subsequently withdraw from the event. However, Corbyn's subsequent attendance caused fury among many of his strongest supporters.

Standing ovation as @jeremycorbyn takes to the stage at #stopracism2016 to chants of 'refugees are welcome here' pic.twitter.com/Bu6DZw5G2V

A number of these supporters have since been working behind the scenes to persuade Corbyn to apologise and distance himself from the group. After failing to do so, 120 of them have today gone public with another letter condemning his stance.

"Here he has shown to be tin-earred to concerns from those grassroots – twice. This is particularly troubling when he is being asked to do something regarding sexual abuse and women's safety in political spaces."

"We expected much more from Jeremy," added James Smith from Runnymede and Weybridge CLP.

"Jeremy said during his leadership campaign that he would tackle discrimination, sexism and particularly violence against women. We hope that Jeremy will show his commitment to these promises by withdrawing his support for SUTR."

One signatory to the letter told Politics.co.uk that they were "shocked" by Corbyn's stubborn refusal to bend on the issue.

They said that while in the past Corbyn had "piggy-backed" on events organised by the SWP, he needed to realise that he now represented a much bigger movement.

"That section of the Labour left have been in a minority position [within Labour] for years and so kind of piggy-backed on the SWP infrastructure. Five years ago the only way Corbyn would speak to a rally of 1,500 people would have been through these organisations. That's not the case now.

"His office say he just wants to move on. Of course he does. But he first has to acknowledge his mistake and promise not to make it again."

The names of a number of women supporting the campaign declined to be quoted because of because of fears of abuse from SWP members.

A spokesperson for Jeremy Corbyn today made it clear he would not be apologising.

"Jeremy will not attend SWP events and the Stand Up to Racism conference was not an SWP event," they told Politics.co.uk.

"Jeremy has condemned the SWP for its handling of the sexual assault issues, and is in the process of arranging a meeting with some of the signatories to discuss the issue of sexual violence."

A spokesperson for the group said in response:

"In terms of the necessity for an apology, we feel, although we do believe SUTR are an SWP front, the question of whether it is an SWP organisation is moot. The distress and anger felt by members of the groups who signed the original call at both Jeremy speaking and at being misled over this is real and should be acknowledged. If Jeremy genuinely believes SUTR are not an SWP front then we would ask him to have nothing to do with them until SWP figures, most notably, Weyman Bennett, the co-convener who is heavily implicated in the Comrade Delta cover-up are removed from key roles. If SUTR is not an SWP organisation this should be easy.

"In terms of the promised meeting we defer to the groups who signed the original call, we believe they are the best people to decide whether this is adequate and to guide the process more generally.

"We do remain strongly but critically supportive of Jeremy Corbyn's leadership for all the reasons detailed in our letter."

You can read the full letter from Corbyn's supporters below:

We, the undersigned, all of whom supported you in the Labour leadership election are writing to express both our alarm at your decision to speak at the Stand Up Racism conference after campaigners had been assured you were not speaking. We also wish to express our solidarity with survivors of sexual violence.

We agree with the grassroots groups calling for you to withdraw from the event that, “it is vital for women and non-binary people – particularly people of colour who wish to resist the racism they experience – to be able to organise politically without groups that facilitate or cover up sexual assault. The SWP and the campaigns they lead are demonstrably not capable of offering this” and we were pleased to hear that you had listened to them and decided not to speak. We were then shocked and disappointed to discover that you had gone back on your promise and spoken at the event.

We refuse to see our movement, which is associated with your leadership, used to launder the reputation of an organisation and individuals who have shown a well-documented disregard for the interests and experiences of survivors of sexual violence. Worryingly, as the organisation's “Party Notes” show (12th September), the SWP was trying to use the Stand Up to Racism event to recruit both university and sixth-form students, who may be unaware of its record on sexual violence.

We remain strongly yet critically supportive of your leadership and welcome your increased democratic mandate from the leadership election. We also fully back plans to reconstruct the Labour Party so that it can reach its full participative and democratic potential but, if we are to achieve this, the leadership needs to be receptive to comradely criticism from grassroots groups and respectful of the experiences this criticism expresses. We also believe that our movement must not ignore or marginalise these experiences for the sake of some spurious “unity”, or delay the resolution of these problems until some unspecified point in the future. In our movement, how we treat each other is part of our struggle.

We call on you to apologise to survivors for speaking at the Stand Up to Racism conference and to explain properly why you reversed your decision not to attend.  We also call on you to decline any future invitations to speak at events organised by members of the SWP and request that you refuse to share platforms with the party's central committee members."