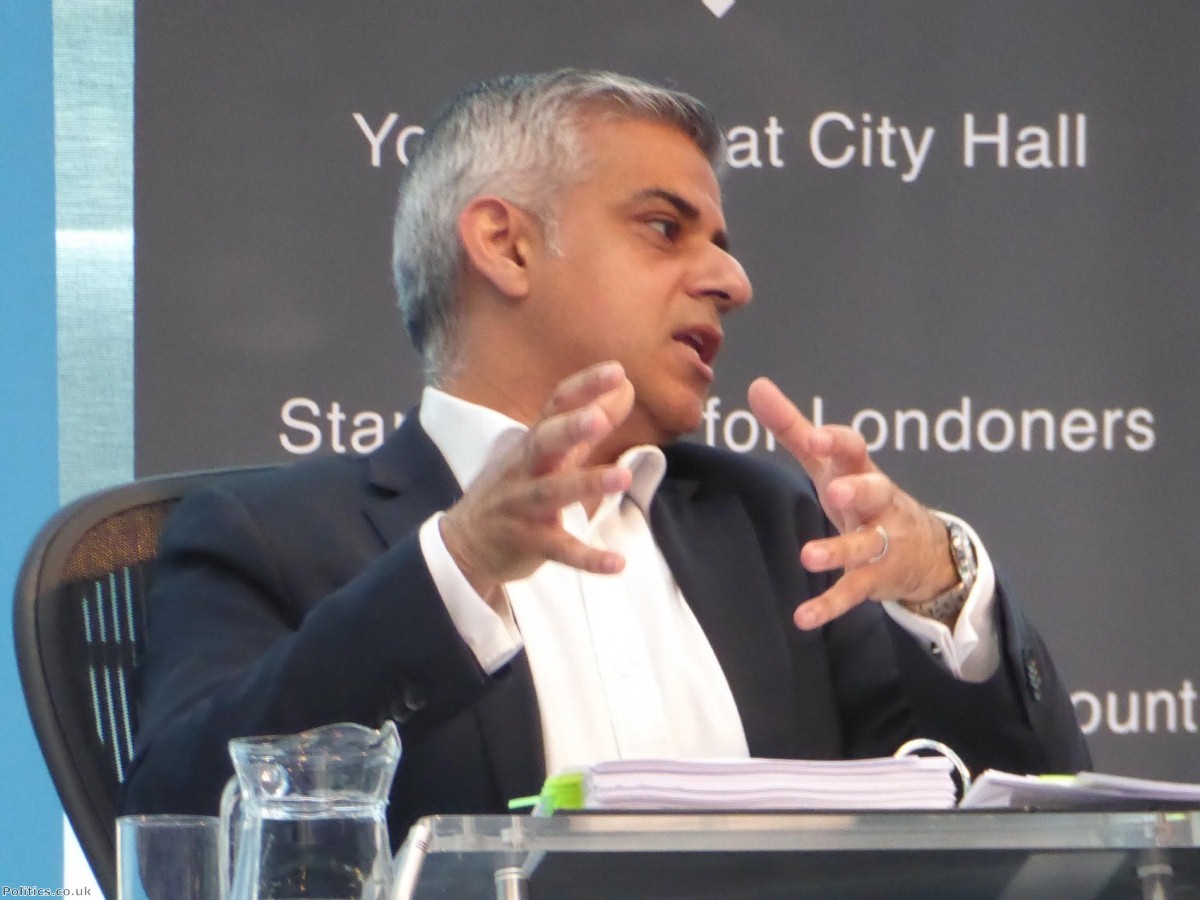 The future of London's controversial Garden Bridge hangs in the balance after Sadiq Khan launched a review into the troubled project.

The London mayor has appointed former chair of Parliament's public accounts committee Margaret Hodge to "investigate the conduct" of the last administration in authorising what would be the most expensive and controversial public footbridge in the world.

With the project struggling to gain private funding and questions still hanging over the procurement process, Hodge has been asked to examine whether the £185m footbridge still represents "value for money".

Officially Khan remains committed to the project. However, Politics.co.uk understands that privately he is strongly opposed to it.

One source at Transport for London said: "The mayor and his team are bitterly opposed to it. I think Sadiq just doesn't want to shoot it down publicly yet."

A highly critical review by Hodge could be the precursor to the mayor removing City Hall's support for the bridge.

In a statement today Khan insisted that Londoners "deserve more information" about the project.

"I'm clear that since the beginning of the project there hasn't been the necessary standard of transparency and openness around the Garden Bridge," he said.

"Nearly £40m of public money has already been spent on the Garden Bridge project, and Londoners deserve far more information about the decisions that have been made around how their money is being spent.

"Margaret Hodge is hugely respected for her work scrutinising some of the UK’s largest and most high-profile publicly funded bodies. There’s no better qualified person to get to the bottom of the procurement process around the Garden Bridge, and establish whether Londoners have been getting value for money since the project began. I am absolutely clear that no new London taxpayers’ funds should be committed to the Garden Bridge, but I'm also determined that the Garden Bridge review helps the project achieve higher standards of accountability and transparency it has so far been lacking."

Hodge insisted that she would take a neutral approach to assessing the project.

"It's not a project that I have previously had an opinion on either for or against," she said.

"But given the millions of pounds of public money allocated to the project, it is clear that there needs to be far more transparency around how funds are being spent. The planned bridge is a major project in an iconic part of London, and there are clearly questions that remain unanswered around issues like procurement."

Controversy over the procurement process has long plagued the project. Critics have accused former mayor Boris Johnson of "rigging" the process in favour of Heatherwick Studios and Arup.

Documents uncovered by the Architects Journal suggest that Johnson told TfL he was in favour of Heatherwick, before the supposedly open competition to design the project had even been launched.

Transport for London officials have previously admitted to the London Assembly that the procurement process was neither open nor objective.

Doubts also remain about the financial viability of the project. Delays to the project have significantly increased the total cost. The project's backers have yet to acquire the necessary private donations required for it to go ahead. Last month the government announced that it had reduced its own financial guarantee to the project.

Khan's review was today welcomed by critics of the bridge.

"The Garden Bridge has been dogged by scandal and a lack of transparency since its inception, so I welcome the mayor's appointment of Margaret Hodge to conduct a review into the project," Labour London Assembly member Tom Copley said.

"Large sums of taxpayer's money have been committed to this project, and so it's vital that the public have confidence that their cash is being used properly, not being fritted away frivolously on a Boris Johnson vanity project."

However, Liberal Democrat London Assembly member Caroline Pidgeon today urged the mayor not to use the review as a delaying tactic for taking action.

“The mayor cannot hide behind this latest review as an excuse for not taking any action," she said.

"Although it was not his decision to start this project he increasingly makes excuses and apologies for the mess first started by Boris Johnson.

"It is time Sadiq Khan finally said he will not underwrite any taxpayer funded bailouts for the maintenance of this project.

"His current stance of providing a permanent taxpayer bailout to pay for the maintenance of the bridge while claiming to never provide any further public funding for the project is utter nonsense and indefensible."