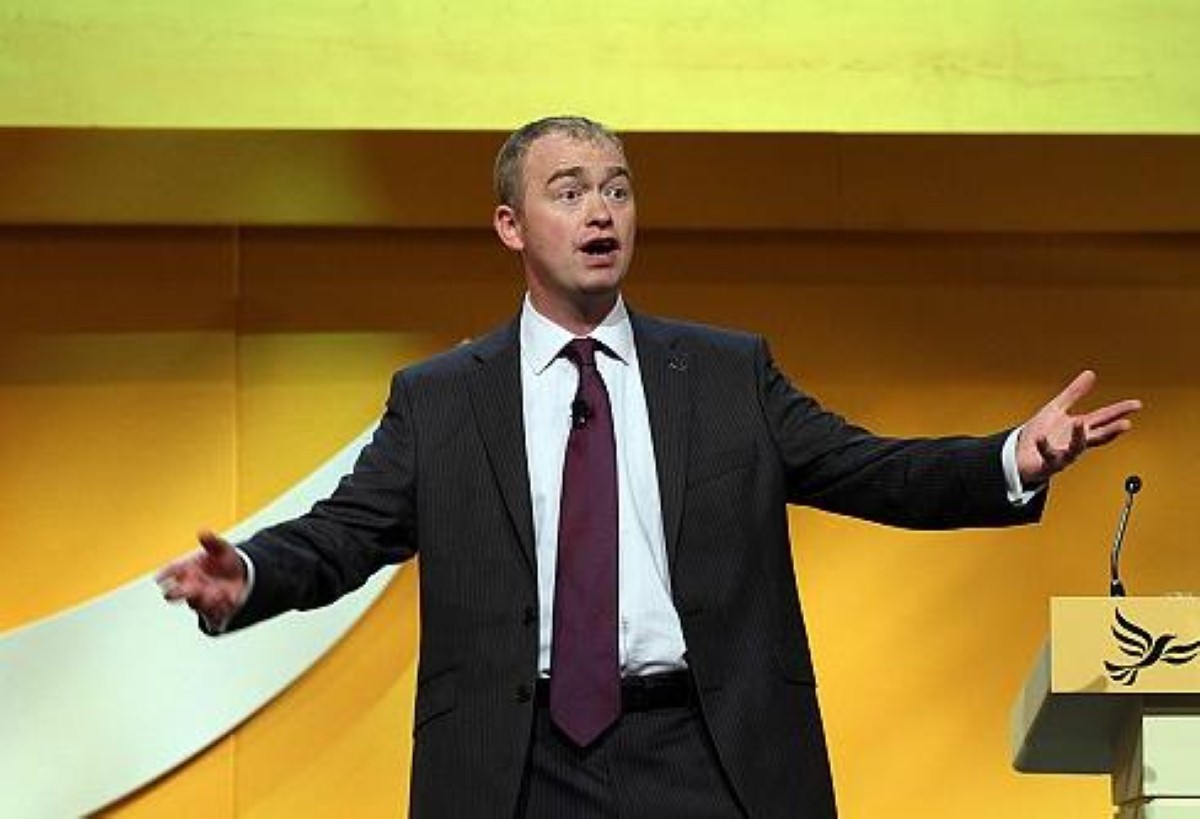 Tim Farron made an open grab for the centre-left territory vacated by Jeremy Corbyn’s Labour today, in an angry and passionate conference speech which heavily criticised the opposition leader for ignoring the needs of his voters.

The speech essentially positioned the Liberal Democrat leader as the new ‘heir to Blair’, a phrase first coined for David Cameron when he tried to drag the Conservative party to the centre after becoming leader.

“It is baffling to see the Labour party arguing about whether or not they should even be trying to win an election,” Farron said.

“Do you ever listen to these Labour people arguing among themselves, throwing around the word Blairite as if it’s the world’s most offensive insult?

“Just to reassure you, I am not a Blairite.

“I was also proud to be in the party that stood up against his government’s attempts to stamp on our civil liberties – from compulsory ID cards to 90-day detention without charge.

“But there is more to Tony Blair’s legacy than that. I kind of see Tony Blair the way I see The Stone Roses, I preferred the early work.

“Tony Blair’s government gave us the National Minimum Wage. It gave us working tax credits. It gave us NHS investment and a massive school building programme.

This section of the speech will be viewed warily by Labour centrists who are nervous of their centrist support drifting to the Lib Dems if they feel unable to vote for Corbyn.

But recent polling shows Farron largely where he was at this time last year, raising questions about whether he can make the party a credible depository for protest votes, as it was before the coalition.

Farron’s speech portrays Labour as a party completely turned in on itself and unable to hold the government to account.

“There is a hole in the centre of British politics right now that is crying out to be filled by a real opposition,” he said.

“We will stand up to the Conservative Brexit government.

“If Labour won’t be the opposition Britain needs, then we will.”

Farron also turned his guns on the Conservatives, saying they had lost their right to be called the party of business as many of their MPs pushed for Britain to leave the single market.

“It no longer supports business, no longer understands the need for calm economic pragmatism – but instead pursues the nationalist protectionist fantasies of the Brexit fundamentalists who have won the day,” he said.

“My message to any business in this country – large or small – is if you are backing today’s Conservative party, you are funding your own funeral.

“We are the free market, free trade pro-business party now.”

The Lib Dem leader criticised the lack of Conservative preparation for Brexit, demanding that Theresa May provide some details of her plan.

"Nearly three months since the referendum and we have a government with new departments, new titles, a new prime minister – but no plan, no vision, no clue, and no leadership,” he said.

"The absence of leadership from Theresa May is astonishing, the absence of clarity as to what will happen to our country is a disgrace.

"Theresa May – tell us what Brexit really means.

He also reiterated this pledge to hold a second referendum on Brexit once the terms of the deal have been finalised with the EU, despite growing anxiety from senior party members that it may be perceived as ignoring voters’ wishes.

Many commentators believe that deal could take several years to thrash out, but the Article 50 process only lasts two, leaving a high degree of uncertainty in Westminster and Brussels about the logistics of the Brexit process.

"The Liberal Democrats have a plan," Farron said.

"We know what we want and we know where we want to take our country.

"When Theresa May does agree a deal with the EU, we want the people to decide.

"How dare they let bureaucrats in Whitehall and Brussels stitch up our future?

The plan for a second referendum was easily passed yesterday, but former business secretary Vince Cable branded it "utterly counterproductive".

"There are people in the party who don't accept the outcome, who feel incredibly angry and feel it's reversible, that somehow we can undo it," he told a fringe event.

"The public have voted and I do think it's seriously disrespectful and politically utterly counterproductive to say: 'Sorry guys, you've got it wrong, we're going to try again,' I don't think we can do that."

He warned that the policy prevented the party from campaigning for a soft Brexit, which would keep the UK in the single market, and put the Lib Dems in the same camp, on a practical level, as Ukip.

"We should be very careful about the company we keep," Cable said.

He said: "Your presumption is that all the 48% who voted to remain in Europe would want to see a second referendum. I don’t think that’s true. I think there’s a huge number of them, who think 'OK, it's out, we don't want to re-run that, but we do want the right solution.'"

"The call he's made is one of those that will get a bit of criticism to begin with, but will be vindicated over time".

The prime minister has ruled out a second referendum, a parliamentary vote on triggering Article 50, or even making her Brexit plans public until after Article 50 has been triggered.

But some former Remain supporters are hoping that a protracted negotiation process and negative economic news could swing the public mood against Brexit and force the government’s hand on holding a second vote.