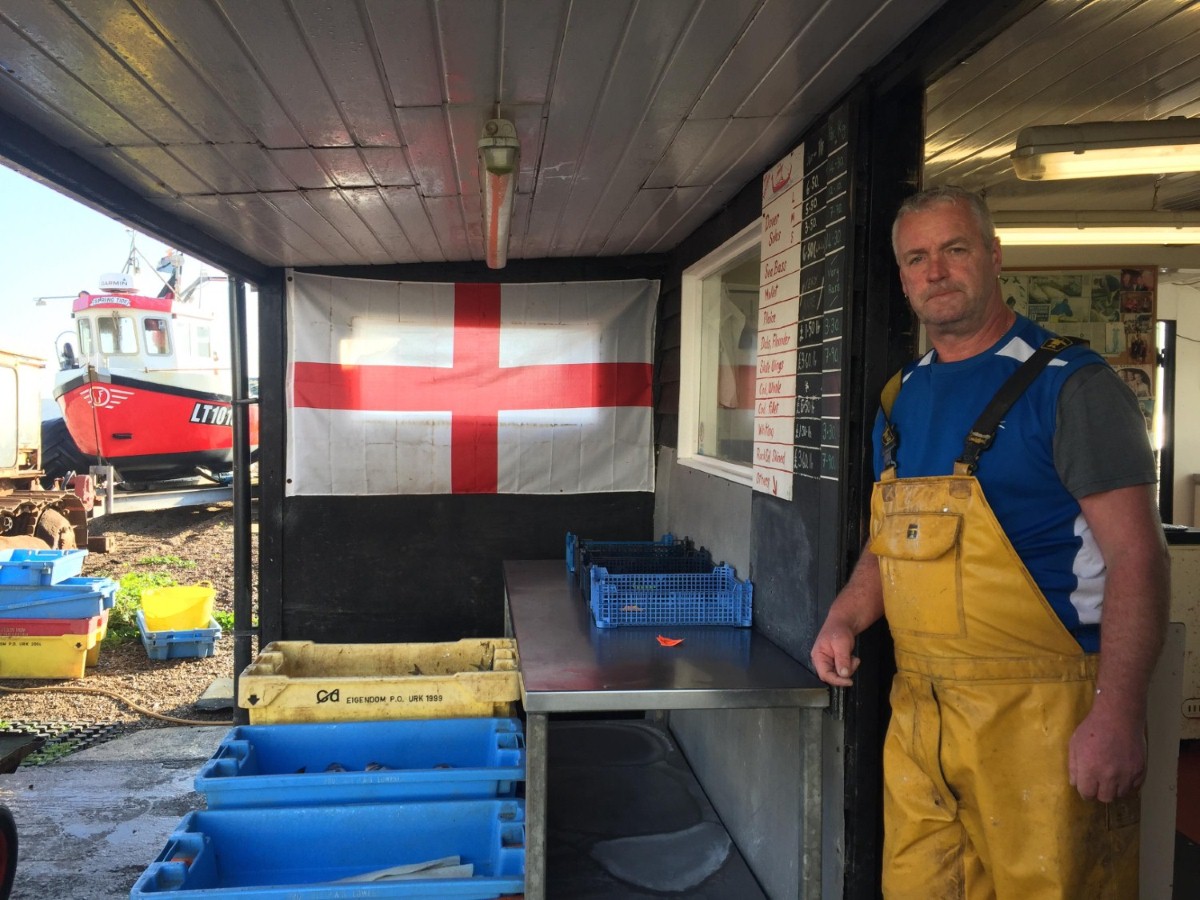 Aldeburgh was once home to a thriving fishing industry. Now, as Brexit negotiations go down to the wire, the town's last fishermen fear their trade has become a 'bargaining chip’ – and worry the bright future promised by the Vote Leave campaign could be disappearing before their eyes.

A generation ago, there were twenty-five boats fishing from Aldeburgh beach. Now, there are three.

The last fishermen in this Suffolk town remember when their fathers and grandfathers pulled in nets brimming with cod. Today, they are lucky if they land a single crate.

Stocks are low, and the pressure is high. The fishermen say their troubled trade is on a knife-edge — and fear the slightest change could wipe them out.

Like traditional fishing communities across the UK, they are waiting anxiously to hear what happens as Brexit trade talks enter a critical stage this week. Their livelihoods depend on the outcome.

Fishing has become a sticking point in negotiations with the European Union. With just weeks to go before the UK is due to leave the single market, both sides continue to haggle over quotas and access to British waters.

Fishermen in Aldeburgh are worried. As the talks continue, they fear the unfettered fishing they were promised four years ago could be bartered away.

“These aren’t just words the politicians are playing with — it’s our lives,” said fisherman Kirk Stribling.

He started out on a second-hand wooden boat three decades ago, when dozens of fishermen worked this stretch of coast. Today, Kirk and his small crew, several of them now in their sixties and seventies, venture out on his catamaran and sell their catch from a seafront shop.

“It’s not a young man’s game any more,” he said. “Fishing’s dying out. Our town’s industry has been devastated. It’s only the last of us who refuse to be intimidated still doing it. Once we’re gone, it’ll never come back.”

Kirk speaks passionately from behind a fish counter, clutching a lobster-shaped ceramic paperweight and waving it about as he speaks.

He is exasperated with the government. Fishing was at the heart of the Vote Leave campaign’s pledge to ‘‘take back control”, but Kirk worries concessions will be made and believes his industry is being used “as a bargaining chip”.

“They’re gambling with our way of life,” he said. “We live on an island. Everyone on the coast fishes. If we’re starved of fish, it’s everything that goes with it as well – not just the fishermen but the boatbuilders and everyone processing and delivering what we catch.

“They used to reckon that for every man out fishing there would be seven jobs ashore. So many people depend on us, but the government is prepared to put fishermen all around the country out of business. It’s sucking the life blood out of our fishing communities.”

"We’re being penalised and punished just for trying to make a living,” he said. “We should have unlimited access to whatever stocks we need.

“We’ve got to start making the UK work for the UK – just like Trump puts America first and China puts China first.”

That view is shared by many in the industry. A few hundred metres down the shore, fisherman Dean Fryer is bringing in his boat and laying out the morning’s catch. The Dover sole are still wriggling.

Dean has been fishing for 42 years and remembers when Aldeburgh, now a popular getaway for affluent holidaymakers, was home to a booming industry.

He thinks the cod, which fetches a high price and used to keep traders here afloat, has moved on from the Suffolk coast because of global warming, not competition from foreign boats.

But he worries about overfishing, and wants to see large European vessels excluded from a ten and a half mile zone around the shore, and fishery patrol boats keeping watch.

Most of all, he wants to be able to fish without restrictions – and worries the government has forgotten about small boat fishermen in its talks.

“The politicians have never really bothered about us," Dean said. “That’s part of the problem. There are so many rules and regulations telling us where to go and what to catch. Most of the fishermen here just had enough of it.”

Many small-boat fishermen feel frustrated with quotas and rules designed to protect fish stocks and reduce environmental damage. They believe the measures should target larger vessels and big companies, rather than more sustainable outfits.

But not everyone blames the EU and regulations for the decline of the fishing industry in Aldeburgh.

Allan Wood has been fishing here since the day he left school 40 years ago. He follows his father Reuben William, whose name is painted on Allan’s boat, and his grandfather, who was born in 1900.

Allan puts the industry’s decline down to diminishing interest in a haphazard way of life.

“It’s not about Brexit or the EU,” he said. “When I started out, young lads would be watching the boats come in. Now, they just aren’t interested. They look at you as if you were an alien.

“Most people want a more stable job. With fishing, you don’t know when you’re going to have to set out or what you’ll catch.”

The work here is hard. The boats leave while it’s still dark, around four in the morning. They are loaded up with bait the night before. When the crews are out on the water, they bring in lobster pots, and catch sole and flatfish in their nets.

They try to get home as early as they can, ready to sell from the shore until shutting up shop. It’s almost dark when they finish.

Allan said: “Some fishermen are convinced that if we get our waters back, there’s going to be a massive industry again.

“But I don’t see it happening. We’re fishing small scale, and the quotas don’t affect us much. I’ve been here for so long, and I’ve known all sides of it.

“It’s horrible to see. But recruitment is what we need — for people to want to fish again.”

Not a single fisherman here is optimistic that the negotiations will help get Aldeburgh’s industry back on its feet.

But some still hold out hope that Brexit could make their lives easier. And as the bargaining enters the eleventh hour, they worry it could all be slipping away.

Laurie Churchman is a freelance journalist specialising in news features, having worked on The Hindu newspaper in India and the The Brighton Argus newspaper prior to going freelance. You can follow him on Twitter here.