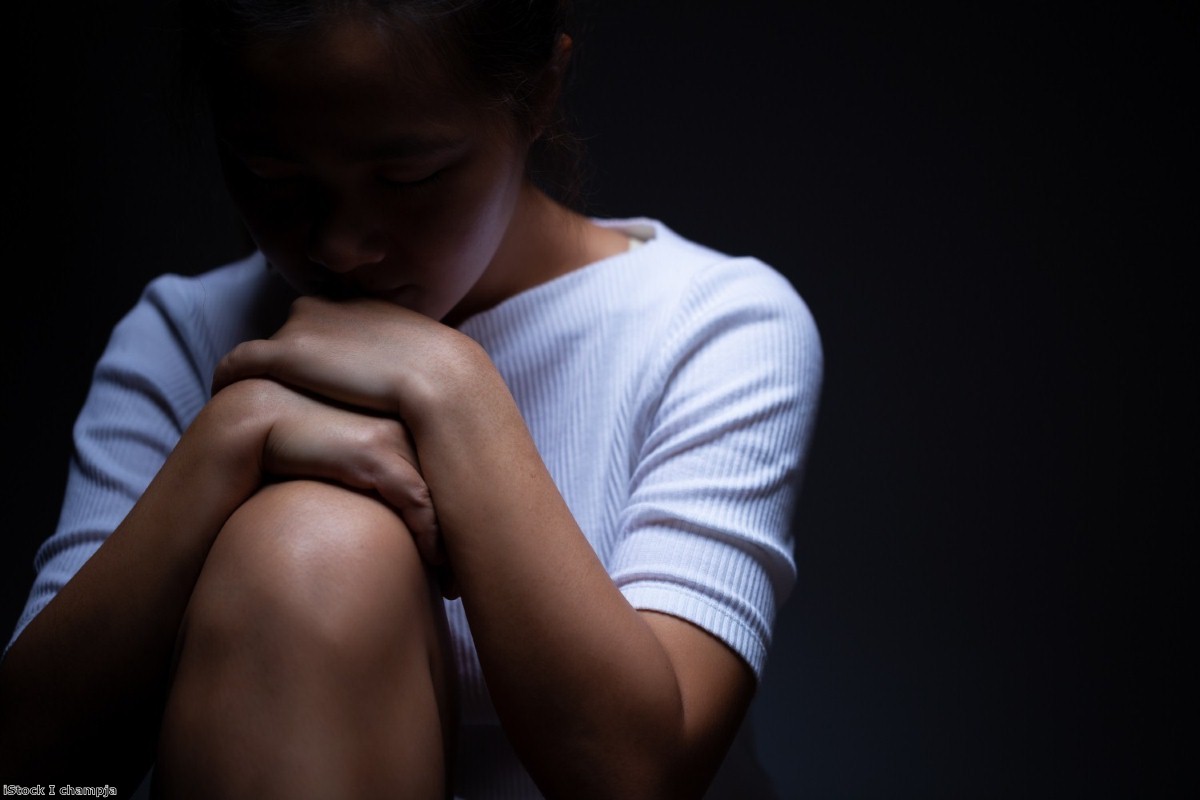 "Forced marriage is something that can destroy you," Fatou explains. "You can't have the peace that you want. You don't have a life."

Fatou came to the UK to study from the Gambia. She was looking forward to graduating and starting her working life, when her dreams fell apart. Six years ago, her father demanded she return to Gambia and marry a man much older than herself. Before the marriage took place, she would have to undergo female genital mutilation (FGM).

"I grew up in a very traditional household," Fatou explains. She is currently living with a British family via a charity that supports people seeking asylum. "My father wanted me to be educated because education would increase my value to a husband. It was normal at home. But living in the UK, I realised my father does not have the right to force me to marry."

Fatou claimed asylum. She explained to the Home Office that she faced forced marriage if she returned to her home country and later told them she also faced FGM. Her asylum claim, however, was refused. Fatou was now homeless, destitute and facing deportation. People refused asylum are not entitled to any state support and they are not allowed to work. She appealed the decision, but was once again refused.

"In my appeal hearing, the woman from the Home Office said the reason I don't want to go back is because I am used to the lifestyle here," Fatou says. The emotion in her voice is palpable, even over Zoom. "I was really disappointed for her to say that because she never knew what kind of life I had back home. And here I don't have a life."

Fatou is now raising money to appeal her case via a judicial review. She believes her claim was refused for three reasons. The first is that during her initial interview with the Home Office, she didn't mention her mother had undergone FGM. In fact, they didn't ask her this question. She assumed the Home Office would understand that in Gambia almost all women of her mother's generation would have had FGM. Instead, the Home Office decided Fatou was not at risk.

"When women claim asylum they are treated with suspicion," human rights barrister Charlotte Proudman explains. "In that first interview with Home Office officials, in clinical environments with people who may lack a cultural understanding or understanding of gender-based violence, women are expected to relive their trauma and tell their entire story. And if they don't tell the story in the way they are expected to, they are often seen as liars."

Secondly, Fatou alleges the Home Office refused her claim because they did not believe the man she would be forced to marry would want a long engagement. Essentially, they felt he wouldn't bother to wait. "But he already has other wives," Fatou says. "So he isn't waiting to get married."

Jeannie, who Fatou lives with, believes the Home Office have a Western view of marriage that ignores the cultural differences between traditional Muslim families in Gambia and here.

"This man, he already has wives," Jeannie explains. "Fatou's father has multiple wives, her grandfather too. This man is not waiting for her. It's a completely British Christian cultural assumption that he's waiting based on monogamy in marriage being the norm and law."

Fatou says that the Home Office never asked if the man was already married. "They didn't ask me any of that. He is much older, I don't know him, I don't want to spend my life with him."

Finally, Fatou believes the Home Office refused her on the grounds that FGM is rare in adults – essentially that it happens to girls, not women. But the man she would be forced to marry is insisting the marriage involves the procedure.

"Back home it's not rare at all," she says. "They say it's illegal there now, but it is still happening."

The allegations Fatou makes are troubling and raise questions about the asylum system's understanding of gender-based violence. Unfortunately, this is not the first time they have emerged. In their submission to the home affairs select committee inquiry into FGM, the groups Rights of Women and Asylum Aid said: "Decisions about claims raising FGM often have incomplete or inadequate information about FGM in the country of origin and the reality of women's experiences there."

This is part of a broader series of concerns about the Home Office's treatment of women at risk of FGM. "There are various barriers faced by women claiming asylum for FGM or gender-based violence," explains Proudman. "One thing which should be highlighted is medical examinations of women and girls claiming asylum on FGM, either to prove they haven't been cut or to prove they have been. That in itself can be quite invasive and re-traumatising."

She's seen cases where women have been advised that they need to undergo a medical examination to prove their asylum claim. "Then there's lack of legal aid and no-recourse-to-public-funds leaving very vulnerable women destitute. There can also be a lack of training for officials and judges on issues around FGM."

In the past decade, Conservative-led governments have been very vocal about their determination to tackle FGM and forced marriage. They have taken laudable steps to protect women and girls from these forms of gender-based violence. But the treatment of those facing deportation to countries where they are at risk of FGM exposes a gaping flaw at the heart of the policy.

"It's hypocritical of the government to say they are doing everything they can to end FGM when they are refusing women and girls' asylum claims," Proudman continues. "They've spent millions of pounds to end FGM abroad. But if you look at some of the refusal letters from the Home Office, they will say the government has funded an NGO or safe house in the home country so they can safely be returned. Again, this ignores the systemic and pervasive nature of gender-based violence."

Today, Fatou continues to live in limbo. The uncertainty of the past six years has had a terrible impact on her mental health and wellbeing.

"It's really been stressful," she explains. "A few days ago I woke up feeling angry and I don't know why. I wake up in the night wondering if they will come and pick me up. I've isolated myself. I feel like my life is all wasted. The past years have just been wasted with me not being able to do anything. I just hope people can understand what we go through."

A government spokesperson said: "The government is committed to eradicating all forms of so called 'honour-based' abuse. We have significantly strengthened the law on FGM and forced marriage and continue to train staff on how to identify those at risk and fund charities to support victims – last year our joint Forced Marriage Unit provided assistance in 1,355 cases of actual or potential forced marriage.

"The home secretary has spoken about how our asylum system is broken. The government is fixing it to make it firm and fair, ensuring it is more compassionate to those who need our help. Published country information covers specific issues relating to gender-based harm including female genital mutilation (FGM), sexual exploitation, violence in conflict and domestic violence. All decision-makers receive extensive training and must follow published Home Office policy guidance, including on specific forms of gender-based persecution."

Sian Norris is a writer and feminist activist. She is the founder and director of the Bristol Women's Literature Festival. You can follow her on Twitter here.