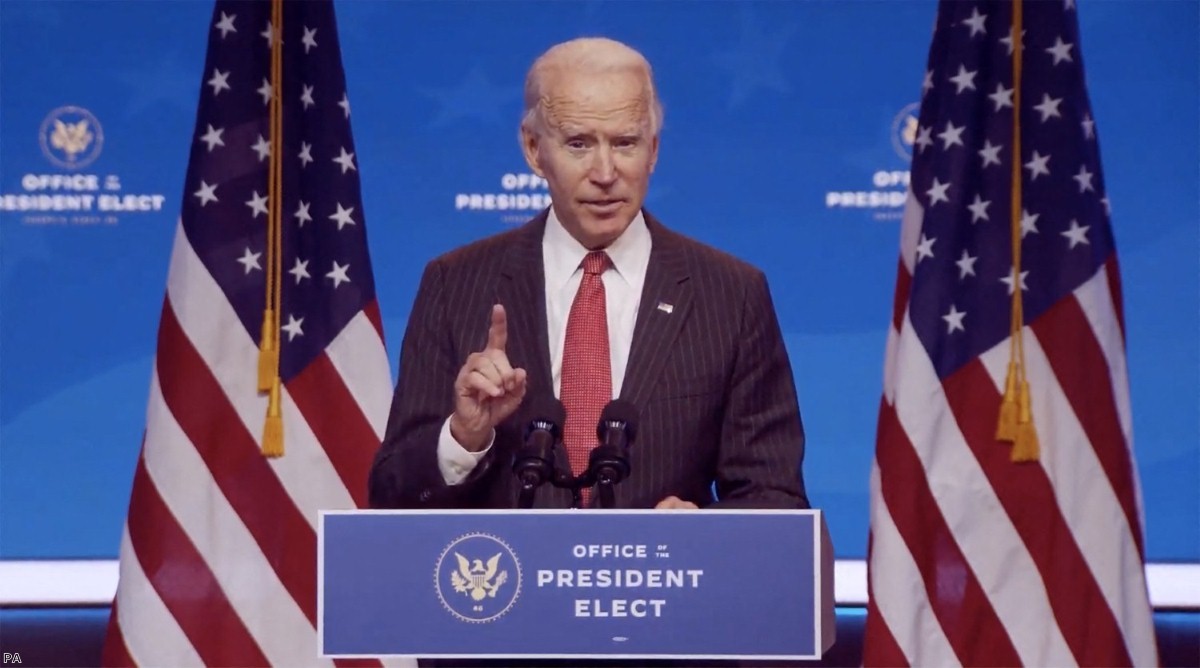 "Saudis and Israelis worry, Iranians and Palestinians hope". So read one headline in the aftermath of Joe Biden's US election victory. From the Abraham Accords and the Yemeni Civil War to the Iran nuclear deal and relations with Riyadh, US Middle Eastern policy is almost certainly facing significant change under a Biden administration.

Political soothsayers will of course be closely looking at Biden's track record as an indication of how his policies may take shape. And for the Kurds in particular, this will make hugely encouraging reading. Indeed, Biden may well be the most pro-Kurdish president to take office yet.

Over the course of his career, both as a senator on the Senate Foreign Relations Committee and vice president, the president-elect has consistently demonstrated a deep understanding of, and sympathy for, the Kurdish people.

Biden's concerns for the Kurds go back to the Gulf War, a military endeavour he was opposed to and during which he highlighted his concern for the fate of the Kurdish community. Throughout the later Iraq War in 2003, which he supported, he was again vocal in his concern for the Kurds, arguing they had suffered more than anyone at the hands of Saddam Hussein. In 2002, while visiting Iraqi Kurdistan, he famously declared that "the mountains are not your only friends".

Biden's actions have matched his words. As vice president, and one of the Obama administration's senior figures overseeing policy in Iraq, he visited Iraq no less than 24 times, forging a particularly strong relationship with the late president Jalal Talabani and former president Masoud Barzani.

Short of supporting Kurdish independence, Biden has been as vocal a proponent of the Kurdish people as the constraints of US diplomacy will allow. Indeed Biden’s support for the Kurds of Syria in recent years has been so resolute that the Erdogan-sympathetic Turkish press have branded him an "enemy of Turkey".

In contrast, Donald Trump's administration has shown at best disregard and at worst disdain for the Kurdish movement. In 2016, he said he was a "big fan" of Kurdish forces but was already at that stage looking to reap the political fruits of a close relationship with Turkey, Kurdistan's modern-day regional nemesis. Former national security adviser John Bolton wrote in his book that Trump was already declaring his dislike for the Kurds in 2017.

The great betrayal came two years later, when Trump authorised a US withdrawal from northern Syria that left regional Kurdish forces at the mercy of a Turkish offensive. His justification? That the Kurds "didn’t help us with Normandy".

The question of whether a new administration in the White House will actively work with Kurdistan to help them achieve their social, security and political goals isn't black and white. But it does have ramifications for Kurds worldwide, including the 50,000 here in the UK, whose political identities are very much intertwined with that of the Kurdish homeland.

Biden has never publicly vocalised any support for Kurdish independence. The restraints of broader US foreign policy considerations means he probably never will.

When Biden was asked in 2017 why, under the Obama administration, he hadn't done more to help the Kurds in their quest for greater autonomy, he replied simply: "Turkey". The country remains an important US security partner and member of Nato. With the current Turkish administration vehemently opposed to greater Kurdish self-determination, realpolitik will always take precedence.

However, what we do know is that the Biden administration is likely to take a much stronger stance against Turkish adventurism and aggression than his predecessor. US support in the form of aid, protection and military equipment for Syrian Kurds fighting Isis will continue and may increase. Biden may also push for more Kurdish representation in deciding the futures of both Syria and Iraq.

The Kurdish community worldwide, including here in the UK, should be celebrating Biden's election with a renewed sense of hope and optimism – even if Kurdish independence is off the table and the situation on the ground may not dramatically change.

During the Trump administration, we lived in a cycle of Machiavellian post-truth politics, in which facts became superseded by falsity and traditional loyalties were brushed aside without hesitation. Biden, on the other hand, has proven himself a genuine and resilient ally of the Kurdish people – having extended a hand of friendship not out of political opportunity, but out of principal.

The Kurdish people pride themselves on the values of democracy and pluralism, and with these values again instilled in the White House, we look forward to a positive new chapter in US-Kurdish relations and a strengthened Kurdish identity and influence across the region.

Ruwayda Mustafah is a Kurdish-born political activist and campaigner, specialising in issues relating to gender, governance, Kurdish rights, women’s representation and social inequality. You can visit her website here and follow her on Twitter here.