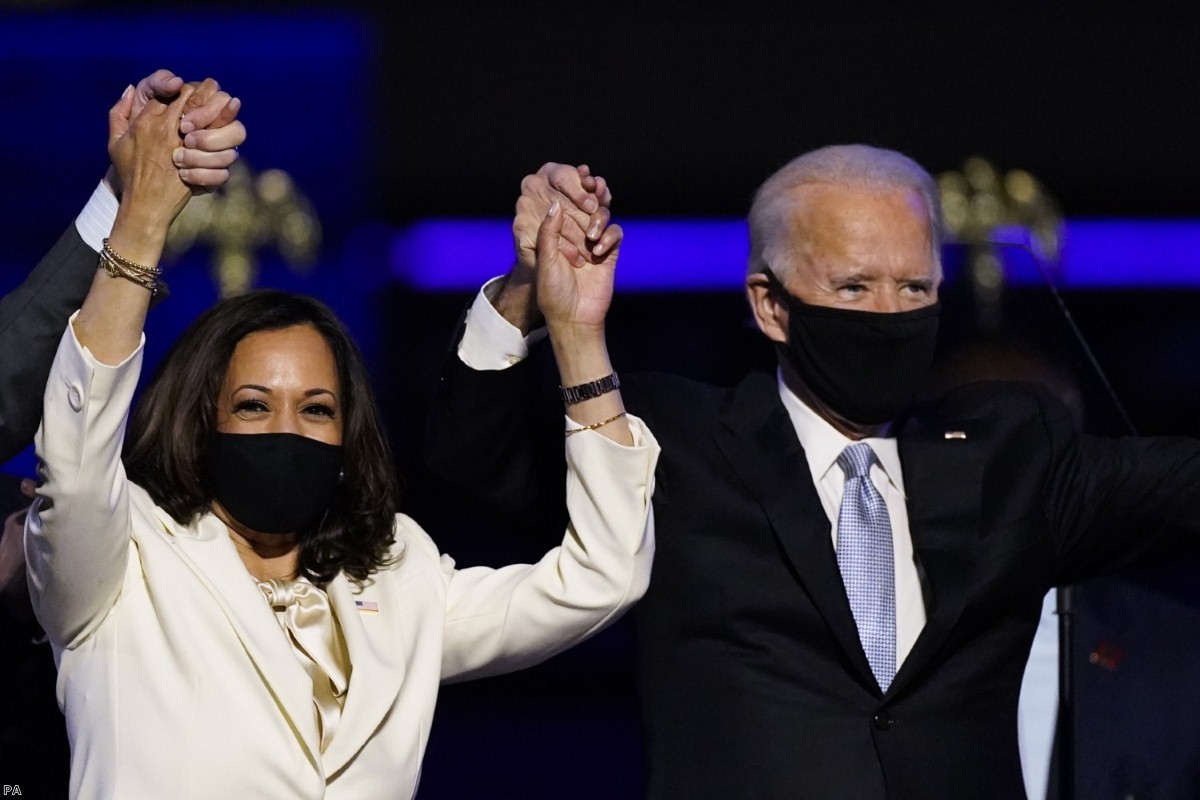 How should the UK government approach a Joe Biden presidency? Naturally there will be a focus on trade and the new No.10/Oval Office relationship. But after four disastrous years, there’s a huge job ahead in repairing some of the human rights damage done by Trump's wrecking ball.

British politicians and diplomatic officials need to encourage Biden's administration to steer back toward something approaching a human rights-focused agenda, at home and overseas. A tall order? Maybe, but these are serious issues and our officials must try.

The reverses under Trump are too many to mention here, but – among other issues – I believe the UK ought to be pushing Washington on the following key areas.

First, support for international law. The US should be encouraged to swiftly re-join the UN Human Rights Council and – as per Biden’s recent pledge – the Paris Agreement on climate change. It must reverse its hostility to the WHO, the International Criminal Court and the Arms Trade Treaty, among other international bodies and treaties.

Second, gun control. Biden needs to face down the US' powerful gun lobby and finally do something about domestic gun violence. This should include introducing national regulations over the licensing and registering of firearms, mandating comprehensive background checks and banning all military-grade weapons

Third, end the mistreatment of asylum-seekers. After the Trump administration's shameless demonising of people fleeing violence and persecution, there should be major immigration reforms. These should include an end to the needless cruelty of separating and detaining families

Fourth, police reform. There should be a major re-think on policing, especially toward people of colour and Black Lives Matter protesters. Among other things, national data on police killings should be gathered and published, and all law enforcement agencies should be required to comply with international standards over using force.

While they’re at it, British officials ought to encourage the White House to rebuild relations with journalists. No more trash talk against people simply doing their jobs. We shouldn't in any way accept a political culture which routinely denounces inconvenient stories as 'fake news' or – more sinister still – slurs journalists as 'bad people' or 'enemies'”.

Of course the UK isn't itself spotless on human rights. Britain is shipping arms to Saudi Arabia despite the clear risk they'll be used to commit war crimes in Yemen. Police reforms are urgently needed here too – from a full review into how potentially-lethal Tasers are used, especially against minorities or vulnerable groups, to the way that ethnic minorities and protest groups are over-policed and criminalised.

But still, the UK must try. None of this is to suggest the Obama/Biden years were themselves golden ones for human rights – far from it. But Trump's presidency has been a nightmarish experience for many in the USA and further afield.

After four painful years in which an unscrupulous and reckless Trump administration has thought little of energising white supremacists and other hate-mongers, it really is time to walk all of this back. Even under Biden it won't be easy. But it must be attempted.