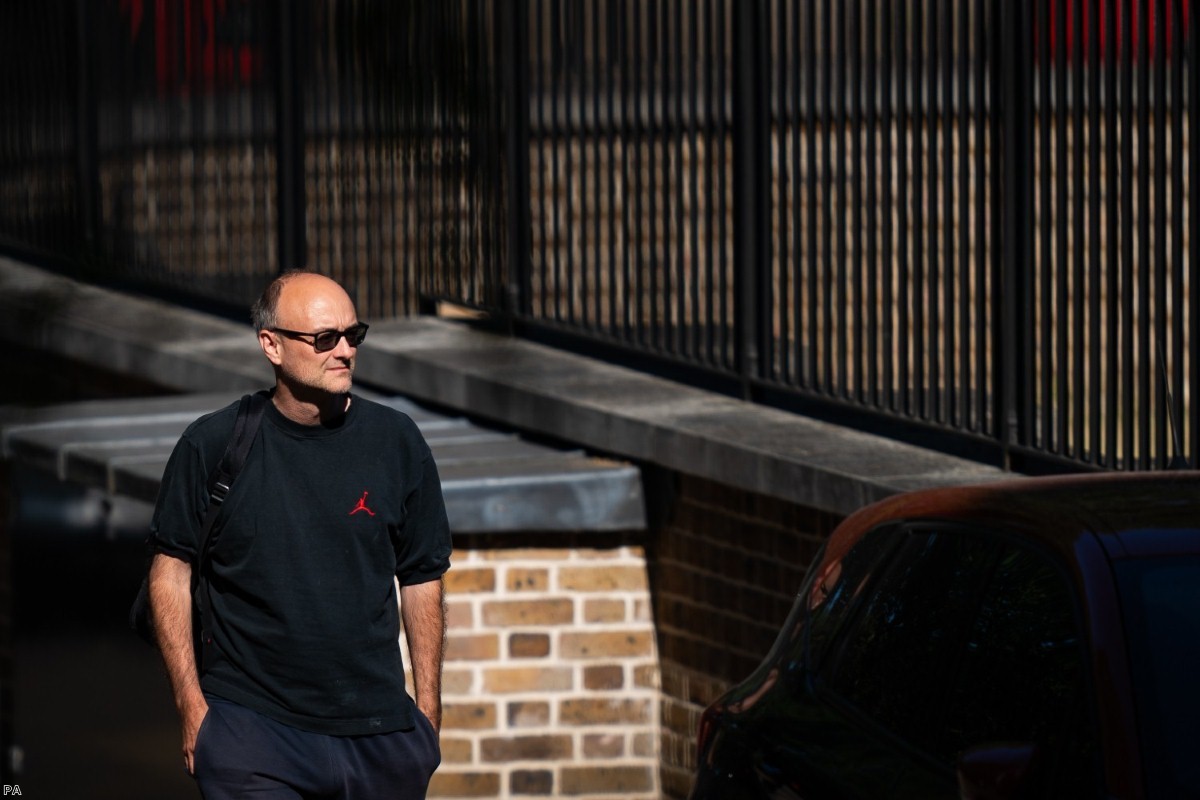 Cummings is bringing us closer to a zero-trust society

Boris Johnson and Dominic Cummings won a referendum and an election by importing Donald Trump's divisive politics to Britain. Now they're mired in the same anti-elite rhetoric they themselves promoted. All of which raises a question: Has the Johnson-Cummings machine stopped winning?

The answer depends on what game it is you think they are playing.

If the goal of politics is to win elections, then Johnson's decision to protect his chief advisor is a gamble which might still pay off. Yes, the public is angry and support for the government is slipping. But the Conservatives have a huge majority and another election is years away. By that time, this episode may be long-forgotten. Johnson and Cummings have played this game before. They have lied, evaded scrutiny, broken promises and undermined convention – and then won at the ballot box.

But politics is more than the zero-sum game of winning elections. The point of elections is to decide who gets to govern us. And good governance requires trust – the trust citizens have in their leaders, trust between citizens, and even trust between governments.

Social science has shown high-trust societies to be more cooperative and less polarised. Citizens who trust their governments obey instructions without the need for enforcement. Countries that are seen as trustworthy are more likely to be respected as allies and trading partners.

Johnson and Cummings' divisive and aggressive strategies may be electorally effective. But, drip by drip, they have eroded trust – in institutions, in leadership, within and among groups, and ultimately in the activity of politics itself. As Britain confronts the twin threats of coronavirus and Brexit, this matters more than ever.

Lockdown regulations have called on citizens to make personal sacrifices for the greater good. This requires trust. We can all see why it is wrong to visit an elderly relative while running a fever. But we have also refrained from actions that, taken individually, do not seem that risky. Fit young people have been asked to avoid seeing their friends, parents have been asked to end childcare arrangements, children have been asked to say goodbye to dying parents on Facetime.

To a remarkable extent, the British public have done what they were asked. This is because they trusted that these individual sacrifices were part of a larger plan, and that others would play their part.

Both parts of that equation are now under threat.

Loss of trust in the government is becoming increasingly apparent. The problem isn't just the realisation that we are not 'all in this together'. Clearly Cummings can break the rules and get away with it. It's also that the plan itself did not exist. The spectacle of Cabinet ministers retroactively revising lockdown regulations to provide cover to Cummings suggests there really was no firm strategy there – the regulations were hastily assembled purely with a view to political expediency.

That fear now permeates the exit from lockdown. Broken promises on testing and contact-tracing, hazily-justified policy changes, and a habit of leaking plans to the press only to row back on them in case of criticism, all create the dread impression that there is no plan to ease lockdown safely – only a public relations strategy.

If the government's rules can't be trusted and the plans don't make sense, then it comes down to the public to decide for themselves what to do. Perhaps this was always Johnson's preferred approach anyway, as he paired vague instructions with the exhortation that citizens use their "common sense".

But lack of leadership doesn't just erode trust in the government, it also erodes trust between citizens. If I'm trying to work out what to do, and what privations to endure, then I need to know what others are going to do. Unless everyone else is doing the same thing, my sacrifices are largely worthless. But without clear and trusted guidelines, how can I know what to expect from others?

This is why it matters so much that half the population think the recent scandals will reduce public compliance with the rules. If people expect others to ignore the regulations, they will see little reason to refrain themselves.

Loss of trust will reverberate beyond lockdown. We only have to look across the Atlantic to see what a truly low-trust society looks like. Under Trump's rule, Americans have become so polarised that mask-wearing is a sign of partisanship. Conspiracy theories are rife: a quarter of Americans say they will not take any coronavirus vaccine. High-trust societies aspire to policing-by-consent. In America, the police and the people are at war.

So we must continue to ask: what game are Johnson and Cummings playing? And do they recognise the stakes? Is Johnson a wilful nihilist, or a bumbling naked emperor?

And what about Cummings? Cummings is said to be fascinated by game theory – the academic discipline that studies the strategic interactions of individuals. Game theorists distinguish between competitive, zero-sum games (I win, you lose) and coordination games (I win, you win). One dark prospect is that Cummings is not trying to help the government foster trust and promote cooperation for the collective good. He is playing the zero-sum game in which winning elections is all that matters. And that means that we all lose.

Max Hayward is a lecturer in Philosophy at the University of Sheffield.