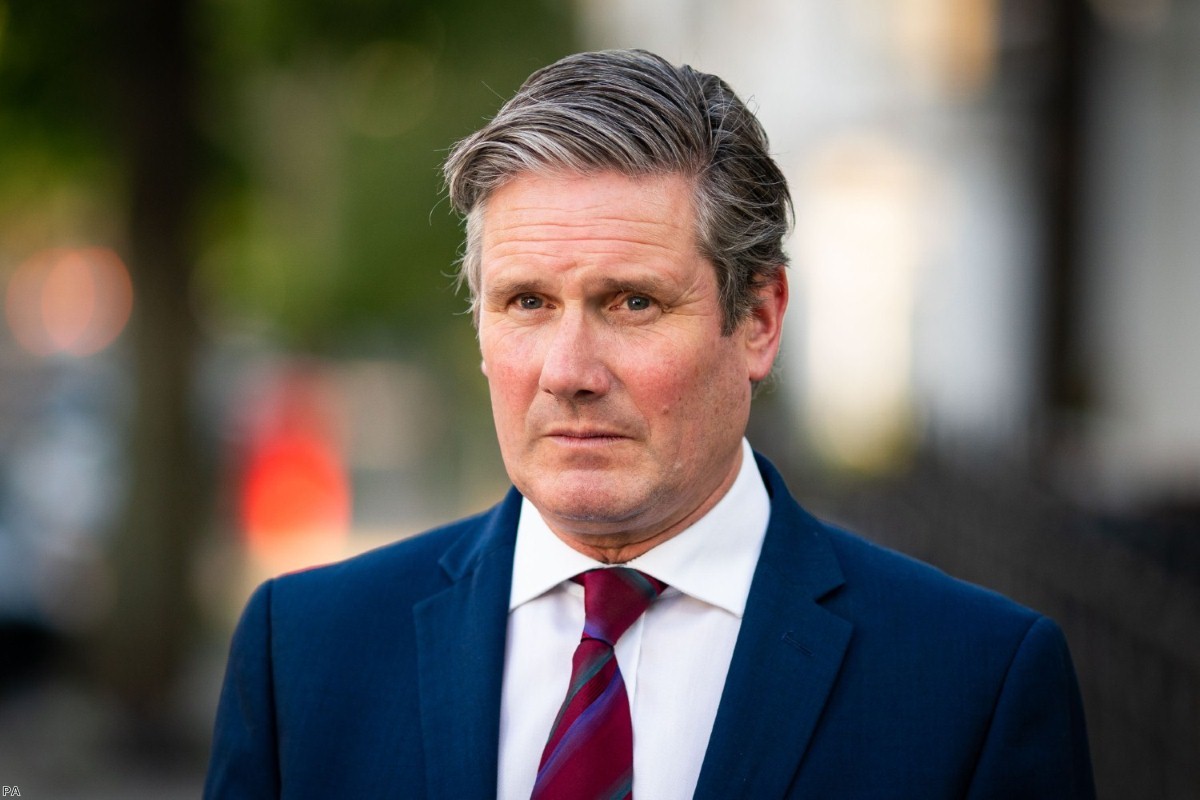 Labour now stands a real chance of winning the next election

Perhaps the finest moment of the last few wretched days belonged to Keir Starmer. Interviewed by Sky News over the weekend, he gave voice to what millions were thinking. Boris Johnson had failed a key test of leadership, he said. He was treating the British people with contempt. In a flash of subtle but unquestionable anger, he declared: "If I were prime minister, I'd have sacked Cummings."

This was not just the right thing to do. It also encapsulated why, after less than two months, Starmer is proving so effective. In just one brief clip, he was everything the prime minister was not: authentic, concerned, anxious about the public mood, and aware that it was more important to save thousands of lives than one man's job.

Starmer is on something of a roll. A You Gov poll in The Times on Wednesday put the Conservatives down four points on 44% on a week ago, while Labour is up five at 38%. That is the most rapid swing in any public opinion for ten years. Meanwhile, a poll in the Mail finds that Starmer's approval ratings have jumped seven points, while Johnson's are down by five. Just three points now separate the two men – and this crisis has a long way to go.

Much of this, of course, is because of the prime minister himself. Having botched his response to the virus from the very start, Johnson's unforced errors are for the first time getting noticed and cutting through. The Cummings incident has been politically devastating and may have caused permanent damage. In leaping to his adviser's defence against a united front of public opinion, Johnson has done something even more foolish than throwing away political capital and goodwill: he has handed it directly to his opponent.

But opposition leaders do not become popular in direct relation to the unpopularity of prime ministers. If they did, Jeremy Corbyn would now be in No.10. Starmer deserves significant credit for the political platform and machine he has been assembling.

Part of that is about political mechanics. Labour MPs talk about the enhanced professionalism of the frontbench team, with new chains of command and emphasis on message discipline. Yes, that will sometimes see Labour MPs repeating a simple message, which some will find irritating or even distasteful. The point, however, is not to make MPs robots, but to ensure they are communicating both authentically and effectively. Message discipline is what won both the Brexit referendum and 2019 general election.

It is also about Starmer's personal manner. Over the last two months, amid an unprecedented crisis, he has conveyed an air of calm, measured authority. In this he has been able to play multiple roles: the benevolent supervisor ensuring the government is performing its work safely, the determined lawyer interrogating an unreliable witness, and – most traditionally – the opponent presenting a more empathetic prospectus. To this end he has sought to communicate three key lines: that he will not oppose for opposition's sake, that he will offer constructive criticism, and that we must "build a vision of a better society" as we recover from the virus. All of these are designed to maximise clarity and common cause. Labour must appeal to the party's existing wings and, importantly, those who have just voted for other people.

Much of this dance involves knowing when to speak and when to hang back. For the first day of the Cummings row, for instance, Labour mainly chose not to interrupt its enemy while it was making mistakes. Then, Starmer was able to stage an intervention to present himself both as leading grown-up and moral guardian.

But of course this strategy carries risks. Numerous figures have voiced concern that he is too quiet and too polite. His first few outings at Prime Minister's Questions were notable for the praise he offered, as well as the questions. Certainly, that wasn't helped by the fact the prime minister went into intensive care just a few days after Starmer became leader. He was thus also facing Dominic Raab, a figure who didn't have real power and wouldn't understand anything even if he did.

Recently, however, that criticism has subsided. The word most commonly used to describe his performances is 'forensic'. The other one might as well be 'eviscerated'. In the Commons his grasp of detail has repeatedly exposed the chancer opposite him, who now finds he has no crowd to play to.

On one outing Starmer trapped Johnson into deceiving the House, when the prime minister denied that the official guidance until mid-March had advised a low risk for care homes. His subsequent letter to Johnson, demanding he return to the House to correct the record, was a statement of intent, even though Johnson is hardly able to distinguish one lie from any other.

The following week, Starmer's questioning over the NHS migrant surcharge so embarrassed Johnson – a man who literally owes his life to foreign NHS staff – that the following day he partially scrapped the charge. With such an approach, Starmer has gained credibility while the prime minister loses it.

Not appearing too angry is also strategic. Starmer has calculated that the uniqueness of the crisis demands a new seriousness. His task is to convince the tens of thousands of recent Tory voters that they are not evil for voting Conservative and that he understands their concerns. But he is simultaneously pushing the envelope in some ways, not least through a pro-immigration message. If coronavirus has done anything positive, it is to bring home how much those people contribute and how much they need to be celebrated.

Of course Starmer retains critics on all sides of the party. Sceptics on the left have muted their criticism in recent weeks, but the elevation of a defiantly New Labour – and anti-Corbyn – figure, David Evans, to lead the National Executive Committee, has caused unhappiness.

On the Remain wing of the party, too, concern is mounting that Starmer has virtually ignored Brexit. The deadline to extend the transition period and prevent no-deal is just five weeks away.

Brexit may in the end present a trickier political test for Starmer than covid. He would do anything to dispel the notion that he is a 'continuity Remainer', and Brexit plays into a culture war he needs to avoid. On the issue of extension, it is clever to hold back and watch the government implode – but if he doesn't apply pressure, the government can't respond to it. If we don't secure an extension, the government will do all it can to drag Labour down with it when the economy starts to tank. Besides anything else, pushing for an extension is the right thing to do for the economy and country. There is still time, and a chance to handle the issue sensitively.

But for the moment, Starmer has everything going for him politically. Unlike Corbyn, who was untrained and unprepared when he became leader, Starmer immediately sounds like a prime minister and his opponents are taking him seriously. The right-wing media has either not wanted to mount an attack, or hasn't found any effective means to do it. The now-famous Mail on Sunday story about the donkey sanctuary was a masterful own goal. Corbyn had a long and colourful record waiting to be scrutinised. Starmer hasn't.

Just a few months ago, the chance of a Labour revival in this parliament seemed remote. Today the prime minister looks fragile and the Conservatives are just six points ahead. The next four years offer an opportunity to build a reputation and consolidate public support. For now, Starmer's greatest problem is also his greatest asset: nobody knows much about him. But if he carries on the way he has, they soon will – and Labour will stand a real chance.