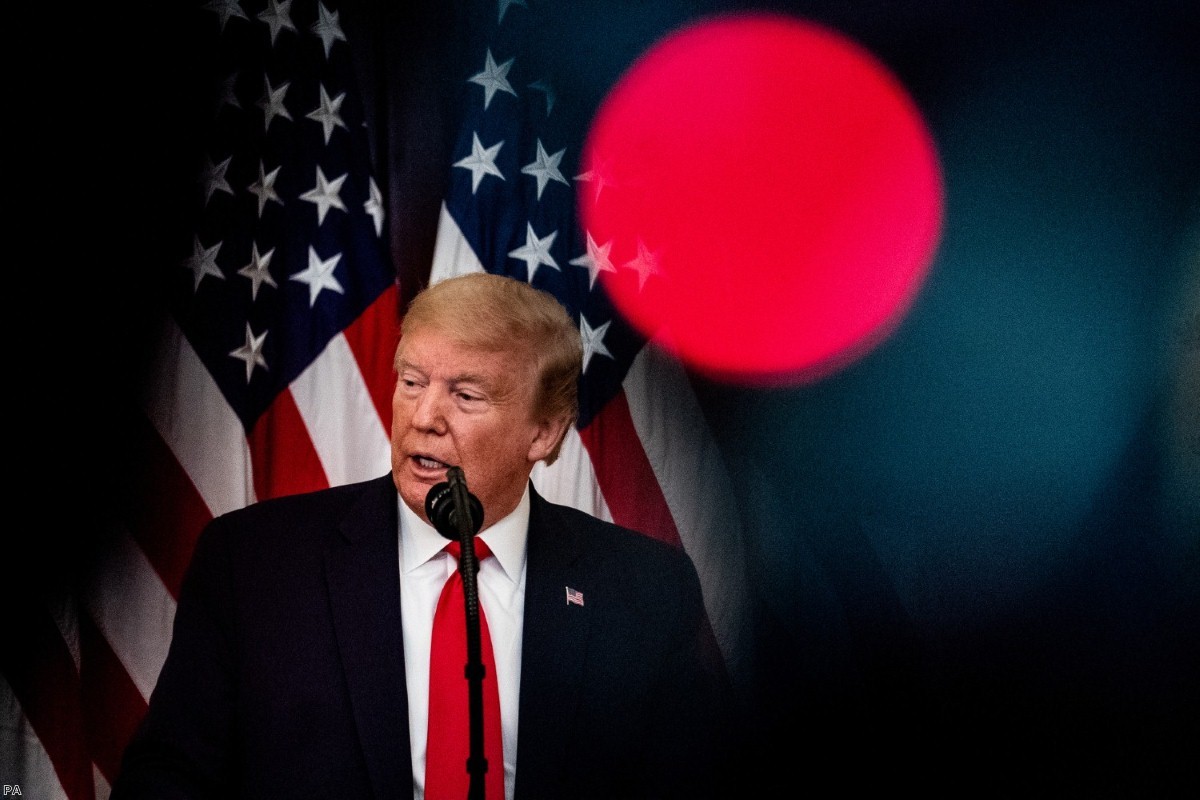 Populists entrench power around the world in furnace of covid emergency

It has taken a global pandemic to lay bare how the rise to power of leaders who mislead us has become a matter of life or death.

As coronavirus spreads across continents, many autocrats and demagogues have responded with well-honed tactics of suppression, distortion and diversion. The consequences of their actions – or inaction – have at times been demonstrably deadly.

The international reactions to the spreading Covid-19 scourge illuminate many of the ideas of The Fabulists, a book I wrote last year about the authoritarians and myth-makers who now govern many countries as dictators, democrats or a hybrid of the two. My book, the product of years spent as a Financial Times foreign correspondent, covers a kaleidoscope of falsehoods and misdirection conjured by rulers in four regions of the world. I highlight the dangers they present, patterns in how they operate, and lessons on how to deal with them. A crucial one is that – in an age of economic, environmental and health crises – we cannot afford leaders who lie openly to us, suppress or play down problems that are inconvenient, or distract us from important truths with reckless optimism, jokes and pleasing turns of phrase.

Coronavirus has exposed fabulists almost from the start. Chinese police initially persecuted doctors who tried to warn about it. When one of the medics, Li Wenliang, died from Covid-19 weeks later, it sparked rare public outrage against the country's Communist rulers. Authorities imposed lockdowns across much of the country and then started to push aggressively a narrative about the effectiveness of China's countermeasures. At the same time, unevidenced claims about how the virus was a US bioweapon were allowed to flourish and even amplified by some official sources.

In Russia, President Vladimir Putin's government was also caught out after it initially played down the impact of the pandemic at home, even as the virus ravaged western Europe. Moscow sent out high-profile aid to stricken countries such as Italy and also stuck with a planned April referendum on a constitutional change that could allow Putin to stay in office until 2036. A rising death toll eventually prompted a strict lockdown and postponement of the vote, though Russia's president continued to insist the situation was "totally under control" until switching to a more sober tone last week.

In Myanmar, the denialism was even more heavily cloaked in nationalist exceptionalism. De facto civilian leader Aung San Suu Kyi, whose rupture with her former western admirers I document in my book, claimed in mid-March that the country did not have a single case, even though it has a border of more than 2,000km with China. Government spokesperson Zaw Htay suggested citizens' "lifestyle and diet" had protected them from infection. Now the disease has officially begun to spread in a country still heavily controlled by a military that once formally ruled it.

The health emergency has also offered the world's growing band of elected autocrats a prime opportunity to grandstand and tighten their grip. Brazil's president Jair Bolsonaro scorned worries about the pandemic as hysteria and fired his health minister. In Hungary, parliament gave prime minister Viktor Orban the power to rule indefinitely by decree and threatened up to five years in jail for people deemed to have intentionally spread false information about coronavirus. In the Philippines, President Rodrigo Duterte – whose bloody drugs war I cover in my book – warned that people deemed by police to have broken lockdown conditions could be shot.

Another truth clarified by the pandemic is that magical thinking is not solely a phenomenon of countries under full dictatorship or other forms of authoritarian rule. In the US, President Donald Trump also initially claimed that the virus was "totally under control". When a sharp rise in reported cases made this position unsustainable, he pivoted to false claims that the US food and drugs regulator had approved a drug based on the anti-malarial medicine chloroquine as a coronavirus treatment to be made available "almost immediately".

It showed the suppleness of modern political fabulism: Trump moved smoothly from denying the existence of a real threat to wrongly heralding a cure. It was a double gaslight – perhaps even a triple one, since he didn't acknowledge he had changed his position and instead insisted he had always taken the prospect of pandemic seriously.

In Britain, prime minister Boris Johnson seemed at first to struggle to shed his trademark levity and minimisation of potential problems that had helped him lead the successful 2016 referendum campaign to leave the EU. While many other European countries imposed lockdowns of varying severity, Johnson at first only advised people to avoid public gatherings – which meant many citizens continued to socialise as normal. As late as March 3rd, he was talking jovially about how he continued to shake people's hands and had done so with patients in a hospital where there were coronavirus sufferers. On March 7th, he went to the England-Wales rugby international. Less than three weeks later, Johnson announced he had the virus. On his return to work to last week after a spell in intensive care, he drew criticism for his claim that "many people" would be looking at the "apparent success" of Britain’s approach to managing the pandemic.

The central idea here is not nostalgia for some fictitious golden age of political candour. It would be absurd to pretend that previous generations of public figures were paragons of integrity, or to excuse them for falsely-presented policies that have caused great suffering and fed the emergencies of our age. Indeed, that history is one of several reasons why high-level fabulism has become more widespread, more brazen and more dangerous today.

Another is that authority figures seem to pay a lower price for proven deceptions, misrepresentations and errors. Mistakes can often be left unacknowledged and uncorrected without great political penalty. Some actual and aspiring autocrats now minimise obvious censorship and instead use propaganda to sow sufficient confusion to make people feel the truth is unknowable. At the same time, leaders in democratic countries who might previously have expected to be punished at the ballot box for misleading the public have instead been rewarded. The message in all cases is: shamelessness pays.

A second – and even greater – moral hazard is that the gravity of the situation we find ourselves in as a species means the social costs of fabulism are higher than they ever were. Existential threats including disease, climate change and mass inequality need urgent attention and an unsparing focus. If we are to mitigate these problems, we need to recognise them for what they are rather than follow fake narratives about them broadcast by dissembling rulers.

This is why the coronavirus pandemic is such a significant moment and a potential chance to unmask the fabulists. A pandemic that cannot be held at bay with mere rhetoric ought to expose denialists and peddlers of false remedies. It is the theory of the 'Chernobyl moment', a reference to how the scale of the catastrophe at the Soviet-era nuclear power plant outstripped the regime's ability to cover it up.

The great danger in these times is that the opposite happens and the fabulists are able to turn the turmoil to their advantage. They can stoke nationalist grievance by blaming the crisis on outsiders, or domestic critics. They can make temporary restrictions on citizens permanent. They can profit from the fear that intensifies the perpetual lure of paternalistic strongman rule. They can disguise the causes and scale of threats with false reassurances and lightness of tone. Leaders that have been wrongfooted by the pandemic can regroup, as Beijing already has.

The Covid-19 outbreak is still intense and the reckoning has barely begun. Many people live in countries where to hold leaders publicly accountable is difficult or even dangerous. It is now more crucial than ever for those of us who have that privilege to do our bit.

Michael Peel is the European diplomatic correspondent of the Financial Times. He is the author of The Fabulists and A Swamp Full of Dollars. You can follow him on Twitter here.