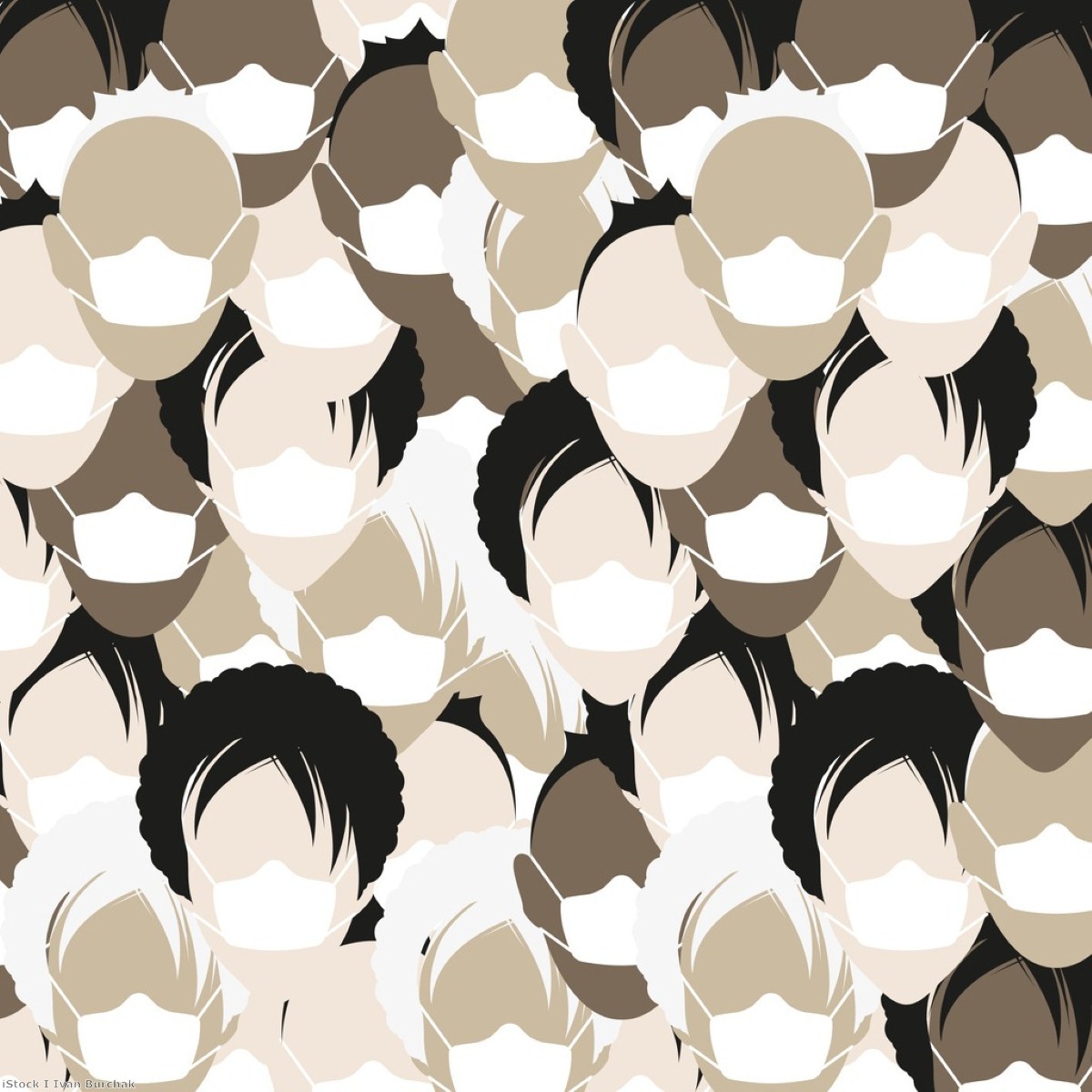 Immigration in the age of covid

Back in 2010, I pointed out to David Cameron that achieving the government's target to reduce net migration below 100,000 would require restrictions that would represent an act of economic and political self-harm or, failing that, an extremely nasty economic shock. Doubling down on a target that was either unachievable or undesirable would only come back to bite him politically.

This wasn't rocket science – just basic economics and an understanding of how the UK economy, labour market and immigration system actually worked – but the prime minister wasn't impressed and I left the civil service not long thereafter. The current government, very sensibly, abandoned the target when setting out its proposals for a new "points based" immigration system to be introduced after Brexit.

Ironically, now that the second prong of my prediction has materialised in a form I never anticipated, we may never know exactly what happened to immigration to the UK during the covid crisis. Even before the lockdown, the official immigration statistics, based on the International Passenger Survey, had lost their National Statistics designation. Now the survey itself has been suspended, for obvious reasons. Immigration and emigration have obviously fallen sharply, and it wouldn't be surprising if net migration was now negative, with long-term residents here returning for family or health reasons to their countries of origin.

But what happens when restrictions are eased and international travel returns, even in  restricted form? What will have changed? In the US, President Donald Trump has used the pretext of the "Chinese virus" to announce draconian restrictions on immigration. There's little doubt he hopes to extend them as long as possible. The broadly pro-immigration economist Tyler Cowen describes the likely impact as "powerful, long-lasting and unfortunate". He argues that restrictions on immigration will outlast the virulent phase of the epidemic, perhaps for good reasons – but more likely simply because public concerns will make it easier for Trump to maintain them.

Can we expect the same here? I suspect it is less likely. Indeed, in contrast to most other countries, the UK has followed scientific advice that there would be little to be gained by screening or quarantining the 15,000 or so people still arriving daily at UK airports in current circumstances. After all, most of them are from countries where the prevalence of covid is considerably lower than here in the UK.

No doubt international travel, for immigration but also business and tourism, will take time to recover. And when the spread of the virus has been definitively suppressed here, it will become necessary to worry about the arrival of infectious people from abroad. But the UK is exceptionally dependent on international travel and connectivity in a way that the US isn't. That means that the imperative on policymakers will be to find a way to allow people to move across our borders in very large numbers again, whether through screening, testing, post-arrival monitoring, or some combination of them.

Such measures – not to mention social distancing on planes, if required – will make international travel more difficult, time-consuming and costly, but that will hit tourism more than immigration. Immigrants already pay multiple thousands in visa fees and the like, and won't be deterred by some extra bureaucracy and higher plane fares.

What about the system itself? The most important feature of the government's proposals is a salary threshold above which workers are classified as 'skilled'. It's set at £25,600 for the basic level, but is more in some high-paid occupations, and less for trainees or younger workers.

From an economist's perspective, this basic design makes a lot of sense. If you want to maximise the economic benefits of immigration – but, for political, cultural or social reasons, you can't have a purely market solution – then a salary threshold is an obvious way to go, because it puts the market, rather than bureaucrats or politicians, in charge of the selection process. This avoids having to pick winners, engage in central planning, or allow the loudest business voices to determine which occupations and sectors qualify and which don't. It's not surprising that the Migration Advisory Committee, which is dominated by labour market economists, went down this route.

But such an approach already sat rather oddly with the government's wider economic strategy, which, despite caricature, is very far from a purist free-market approach. Instead, it combines two strands: the 'levelling-up' agenda, which prioritises the need to address regional and spatial inequalities, and a view that the UK's economic future will be driven by commercial opportunities growing out of science and technology, including 'big data' and artificial intelligence.

Both of these strands require active policy, including an element of planning and picking winners – a 'developmental state' rather than a nightwatchman. Neither is necessarily compatible with an immigration system that, by definition, is likely to further advantage those sectors and regions where salaries are already highest and that therefore already benefit the most – notably London and the financial sector.

And on top of that, covid is likely to change the political dynamic. Most obviously, as many have observed, it has highlighted the fact that economic value, as measured by market wages, isn't necessarily a great reflection of wider social value. Care workers, bus drivers and supermarket staff all fulfil essential functions, and it is far from obvious that there will be public support for an immigration system that excludes them all in favour of relatively junior bankers. As John Curtice points out, this isn't new – public opinion has always been much more nuanced about immigration than politicians give them credit for.

So, as Sophia Wolpers of London First puts it, are the government's proposals "based on what is rapidly becoming old thinking"? Yes and no. The most serious problem the government faces is still its political commitment to deliver a new immigration system in time for the end of the Brexit transition period at the end of the year – a goal which looked hopelessly optimistic even before the current crisis put everything else on hold. But given the government's strong political commitment not to extend transition, it's hard to see this timetable being allowed to slip.

Nevertheless, the broader policy environment has changed. While the suffering has been widely spread, no-one disputes that immigrants and their children working in the NHS and care systems have born a hugely disproportionate burden of death and illness. In contrast to the US, anti-immigration sentiment – which had already fallen sharply over the last few years – is likely to decrease even further. As a political issue, it has almost dropped off the agenda.

At the same time, the UK's economic problem after covid – especially if we find ourselves facing a Brexit cliff edge in December – is likely to be too few immigrants in sectors that will be crucial to recovery, from health and social care to universities to restaurants. So the government both can and should take the opportunity to address the criticisms of its approach and ensure that the new system supports its wider economic strategy as well as making it fairer and more humane.

What does that mean? Some steps would be relatively easy and don't require system change. They include reducing exorbitant fees, particularly for visa extensions and renewals, settlement and citizenship. It should also end the double taxation of the so-called NHS surcharge, which imposes an arbitrary extra tax on immigrants, including NHS workers, who already pay the same taxes we do. The government should, as the Migration Advisory Committee recommends, loosen the current restrictive rules on settlement, which discourage people who've contributed to the UK for years from making it their permanent home. All this would help ensure we don't lose the people who we've needed so much in the last few months – and may well need again.

The government must step back and think again about what it really wants. Which sectors are the priority, from social care to science, and how do you adjust a salary-based scheme to take account of that? What regional or national flexibility would spread the benefits of migration outside London, and who decides? How do you adjust the system – which, inevitably, will be very far from perfect initially – quickly and flexibly without falling into the central planning trap?

Suggesting that covid will mark a revolution, either in attitudes or policy towards immigration, likely overstates the case. We were already heading in a more economically liberal direction. Covid should not, and hopefully will not, change that. But good immigration policy isn't just about economics. If covid has given us a greater appreciation of the wider social benefits of immigration, then that too is welcome, if overdue.

Jonathan Portes is professor of Economics and Public Policy at King's College London and senior fellow at UK in a Changing Europe.