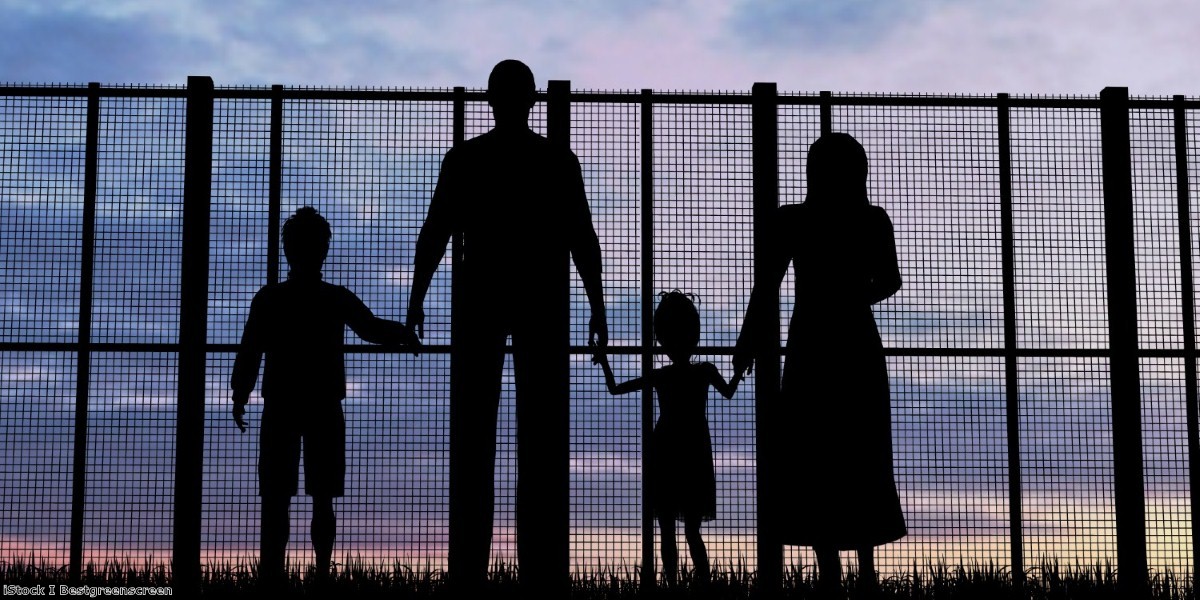 During the coronavirus lockdown, Ahmed is isolating on his friend's sofa in a small south London flat. As an asylum seeker, he is not allowed to work and receives £37.75 per week to live on from the Home Office. Ahmed is a torture survivor from West Africa and one of around 50,000 people in the UK waiting for a decision on their asylum application. On a patchy phone signal, he speaks passionately to me about his wish to volunteer for the NHS, to work and "be helpful when you feel helpless".

But even if Ahmed made it through the bureaucracy, he has his hands full with other things, like how to afford his next meal. "Trying to manage on this money is a full-time job," he says.

With the coronavirus outbreak and lockdown causing a hike in the price of food and essentials, asylum seekers like Ahmed are making impossible decisions between eating and keeping safe every day. As charities struggle to deal with the unprecedented demands on our welfare and support services, Home Office ministers have been slow to respond and quick to avoid scrutiny.

Home secretary Priti Patel has finally promised to appear before the home affairs select committee this week, having been notably absent until now. She must demonstrate a sense of urgency about the vulnerable groups for whom she is directly responsible. In a time of crisis, action needs to be taken.

First, she should immediately raise the asylum allowance by the same amount that others on mainstream benefits have received to help them cope. Five weeks have passed since the government announced a £20 per week increase to Universal Credit but asylum seekers are still waiting for a desperately needed uplift.

Sixty charities and 17,000 people have joined Freedom from Torture in urging the home secretary to raise asylum support rates by the same amount of £20 per week. It took the Home Office three weeks to produce a one-paragraph autoreply, dismissively telling us that it was "reviewing policies and processes in relation to the Covid-19 outbreak". Five weeks is a long time when you're an asylum seeker living in poverty.

Second, the Home Office must release everyone currently detained under immigration powers. Long before the global pandemic, the Home Office's immigration detention practices were the subject of widespread criticism. We and other medical charities have repeatedly warned that incarceration risks re-traumatisation of vulnerable people. Only last week a long-overdue inquiry into abuse of detainees at Brook House detention centre began, three years after it was uncovered by BBC Panorama.

Faith, a Congolese torture survivor who was sent to Yarl's Wood, a female-only detention centre, recalls her time there. "They arrested me at dawn," she says, "like I was a criminal. I was put in a room with other people, still in my nightie. It was like a prison cell and reminded me of when I was tortured".

We understand from Detention Action that vulnerable torture survivors are among those still detained in immigration removal centres for administrative reasons, unable to isolate and unlikely to be receiving adequate medical provision. These places are more dangerous now than ever, and prioritising immigration enforcement over protection is risking a mental and physical health catastrophe.

Finally, the Home Office and its asylum accommodation providers must work with public health experts to ensure it complies with public health requirements. The Home Office moved quickly to protect people from eviction from these properties until June. However, suitability of accommodation continues to be a problem, especially with people sharing rooms with non-family members. Isolation and social distancing are near impossible in these circumstances.

There was some optimism earlier this year when Wendy Williams published her Lessons Learned report on the failures of the UK immigration system. The Home Office's response to the Coronavirus is a big test. Will the Home Office revert to the inhumane practices and rejection of scrutiny which the report so roundly criticised it for during the Windrush scandal – or will it have learned its lessons?

As the death toll in the UK this weekend passes 20,000, we need more than just lamenting speeches from the home secretary. Urgent action is needed to protect those who are most vulnerable in our community. People like Ahmed fled their homes to escape torture and beat the odds by surviving a dangerous journey across the world. Others have compromised immune systems linked to the past abuse they have suffered or are unable to buy paracetamol to stave off a fever. To die of hunger or Coronavirus in Britain for want of £20 would be a tragedy.

It is all very well for the Home Office to say that it is "reviewing policy and processes". But in these unprecedented times, actions weigh more than words.

Aalia Khan works at Freedom from Torture, a charity dedicated to providing rehabilitation and protection for torture survivors, and fighting torture globally.