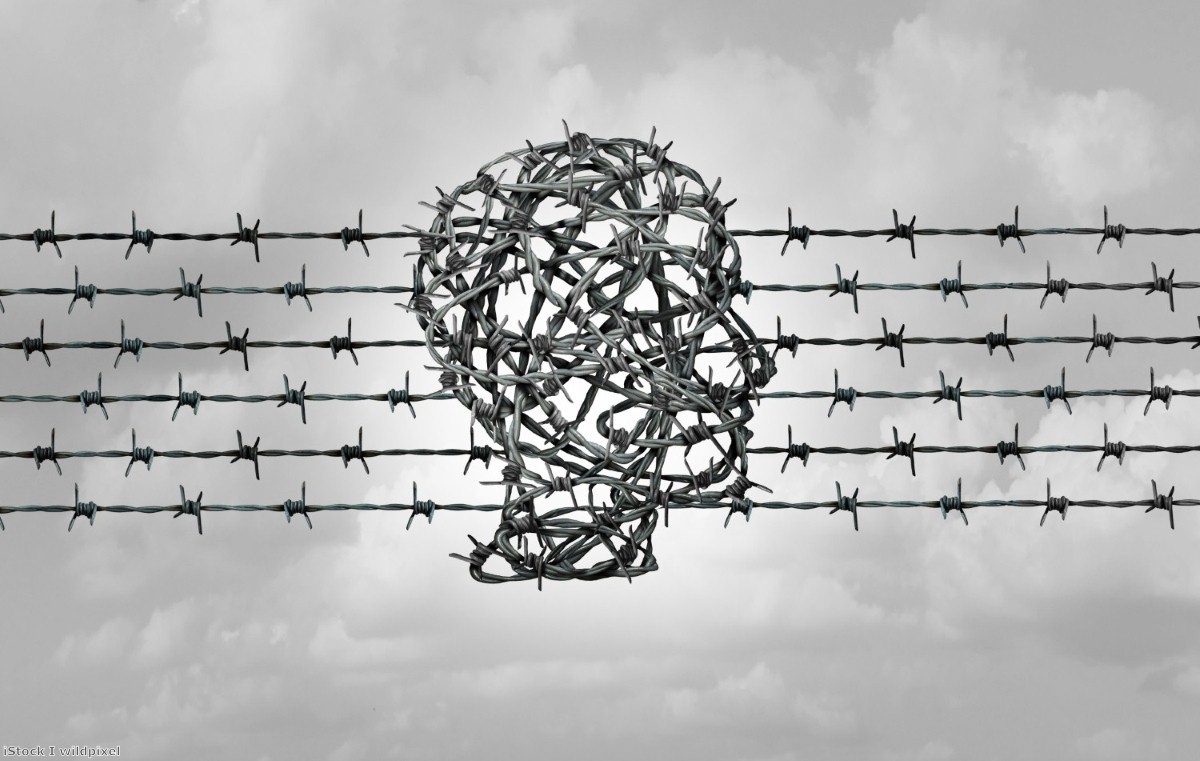 Grace is a long term British resident detained in one of the UK's seven immigration removal centres. She has asthma, making the risk of covid-19 much more severe.

All week her chest has been tight and she has been scared to sleep. She is detained in a shared cell with a toilet behind a curtain. There is little soap or sanitiser and there are hundreds of others in the centre, all packed in closely together. There has been one confirmed case of covid-19 and people are exhibiting symptoms daily – sneezing, coughing all around – but there has been no information about the virus from management.

Because of the conditions, Grace is unable to follow government advice on how to protect herself anyway. She doesn't even have an inhaler, despite repeatedly asking the detention centre healthcare team for one.

Grace's name has been changed to protect her privacy, but her story is real. This is the type of situation facing hundreds of people in the UK right now. Staff and volunteers at my organisation, Detention Action, have spent the past week speaking with many of them, ordinary people fearing for their lives and concerned that they are expendable, forgotten, collateral.

This is just one of the reasons that we've launched landmark covid-19 litigation, seeking the safe release of those subject to our immigration detention system. These are people being held in civil detention, purely for the administrative convenience of the state. They are asylum seekers, trafficking victims and long-term British residents.

Since we launched our litigation last Monday, we understand that hundreds of people have been released. This is historic and welcome, but by no means enough. Yesterday the High Court received the government's response to our claim and immediately ordered an urgent hearing for next week. We will be arguing for the urgent review and release of people in detention and seeking to ensure that people are provided with suitable accommodation and not simply released to street homelessness.

The stakes are extremely high. The scientific report we have commissioned from professor of public health Richard Coker advises that, based on the government's current approach, "it is credible and plausible that 60% of immigration detainees will soon become infected with covid-19". Those in detention, especially those with underlying health conditions, are facing immediate, grave and unnecessary danger.

This threat is not just to detainees, but to the whole of society. Staff come and go, meaning that detention centres act as "epidemiological pumps", growing the virus and increasing the risk of wider community transmission. This will place an even greater strain on the NHS and risk less ventilator support for us all in days and weeks ahead.

The analysis shows us just how interconnected we are. My health and human rights depend on yours being protected too. Like the swathe of policies that have been shown to be inadequate in the face of this pandemic, covid-19 should be the end of immigration detention and the Hostile Environment. Neither is needed. Both deny the dignity of our fellow human beings and by definition make us all less human too.

There is precedent for this. Spain is currently emptying its detention centres. In the US the American Civil Liberties Union is bringing similar litigation and last Monday an immigration judge in the UK released a Kenyan man from detention, in part due to the travel restrictions now imposed by the Kenyan government.

Administrative detention is only lawful if the government has a prospect of imminently removing someone. With borders closing worldwide and flights suspended, the idea that we are going to start chartering deportation flights to Jamaica anytime soon is fanciful. When government resources are stretched like never before, where is the sense in trying to prop this controversial system up anyway?

But instead of acting sensibly, Priti Patel's Home Office sent much of last week herding more people into detention, including those exhibiting covid-19 symptoms.

This is grossly out of step with the rhetoric of her Windrush apology in the Commons last Thursday. While she was on her feet apologising for institutional racism and saying that the Home Office would put "fairness, dignity and respect at its heart", its  press officers were busy denying our clients' claims that they were not being provided with soap and spinning that those in detention were a risk to public safety.