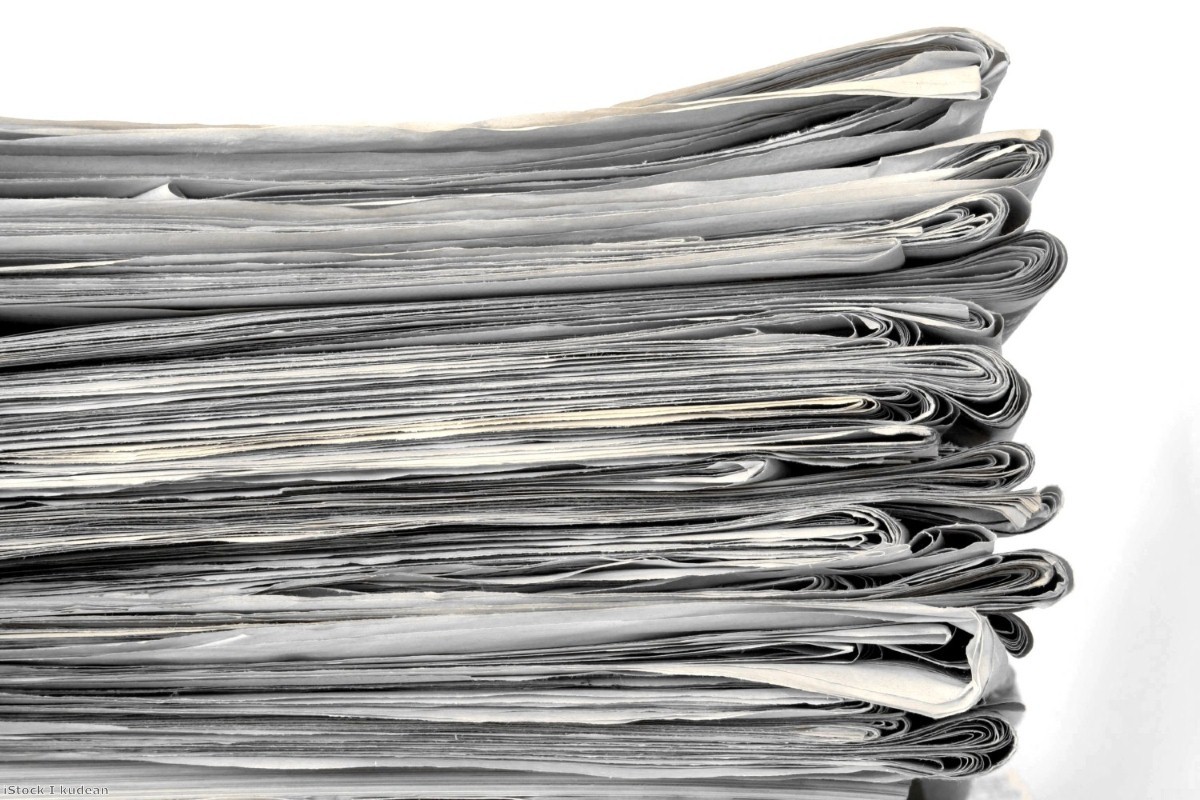 Turning down the tabloids

Not for the first time, serious ethical questions are being asked of British tabloids – and the people that write for them.

In the week after the death of Caroline Flack, 29 complaints were made to the Independent Press Standards Organisation about MailOnline's coverage, and over 750,000 people have now signed a petition calling for stronger legal safeguards for celebrities against invasive media coverage.

Whether or not legislation is the answer, the scrutiny is deserved. MailOnline has published more than 75 pieces about Caroline Flack since that weekend, probing every possible angle of her life and work in the pursuit of clicks. That doesn't even include the articles published on the day she died – the archive won't scroll back that far.

Contrary to Samaritans' media guidelines, which advise against offering detail in such cases, a push notification was sent to mobile users describing Flack's cause of death. Meanwhile, The Sun surreptitiously took down a piece that had been published the day before about a Valentine’s Day card mocking the Love Island presenter.

Although the worst of these articles tend to be written anonymously, many of the bylines come from young journalists, hired in greatest number by tabloids to churn out content – some of it entirely conscientious and inoffensive, some of it less so.

"The Mail group take on more trainees than any other media organisation, and the graduates that are taken on progress through the ranks very quickly," media consultant Sue Ryan told PressGazette in 2017.

Where else are they going to go? There are not enough jobs to enable the luxury of choice: since 2005, the number of regional journalists – once seen as the gateway into national publications – has halved. It is hardly surprising that employment is most easily found at the newspapers with the highest circulation.

Jem Collins, director of Journo Resources, a platform offering advice and job listings for the industry, is all too familiar with the current landscape for young journalists.

"To be brutally honest there aren't as many full-time jobs as people looking," she says. "And when you factor in things like poor wages, dreadful hours, and an industry built around middle class advantage, it can be tough to crack, even if you've spent four years on a degree and journalism training. You can see why some young journalists end up working for publications they morally disagree with."

Still, ideological disagreement doesn't have to be a sticking point. You can still do good and honest work for a publication which has different values. Professional integrity doesn't have to derive from finding a sympathetic editorial stance, but more broadly from taking responsibility for the impact of your work.

"I think the most important thing for anyone looking at making that kind of decision is to assess all the factors and make sure they're being honest with themselves first," Collins says. "There are so many different factors in play for everyone, such as your own financial situation, ambitions, and morals – but also what the paper stands for, who it's owned by and what work you'll be doing. It's a different calculation for everyone, and that's fine, but for me it’s about knowing your reasons and being honest about them."

Ella Glover, 21, is a freelance journalist who this week turned down the opportunity to write for the Mail about the experience of having her twin come out as trans. "They publish a lot of damaging material, even if not explicitly, about trans issues, and pay people who want to make a mockery of said issues – such as Piers Morgan," she explains.

Glover ended up consulting a writer she respected who had faced a similar dilemma and turned down the piece. Imagining having a similar conversation with a budding journalist in the future, Glover wanted to be able to say she had done the same.

"It was genuinely a really tough choice for me – they offered £600-£1,000 at first and it slowly increased to £3,000. Both of these figures are like lottery money to me for one piece."

The figures are important. Freelance rates have stalled and some platforms pay so little for contributions as to be unsustainable. So when a lucrative or stable gig from one of the biggest publications comes along, where do you draw the line?

Responsibility, of course, goes both ways. When newspapers continue to sell, and articles keep getting clicks, readers can't be detached from the proliferation of content in which they've invested time and money. As the Guardian's Jim Waterson reported, tabloid insiders privately suspect that many of those criticising last week's coverage would have been among the readers of the articles on her arrest in December.

But change needs to come from inside too. Malicious tabloid coverage cannot be normalised, or dismissed vaguely as the work of an entire organisation. At the very least, young journalists must be honest with themselves about the implications of their work.

For Glover, it's a balancing act. Not uncommonly, she plans to work part-time in other fields to allow her to be more selective in where she writes. "I think it's important to do what you can to live, money-wise, but it's definitely important to be proud of your work and keep your integrity." With the landscape how it is, many young journalists will now be making the same judgement.