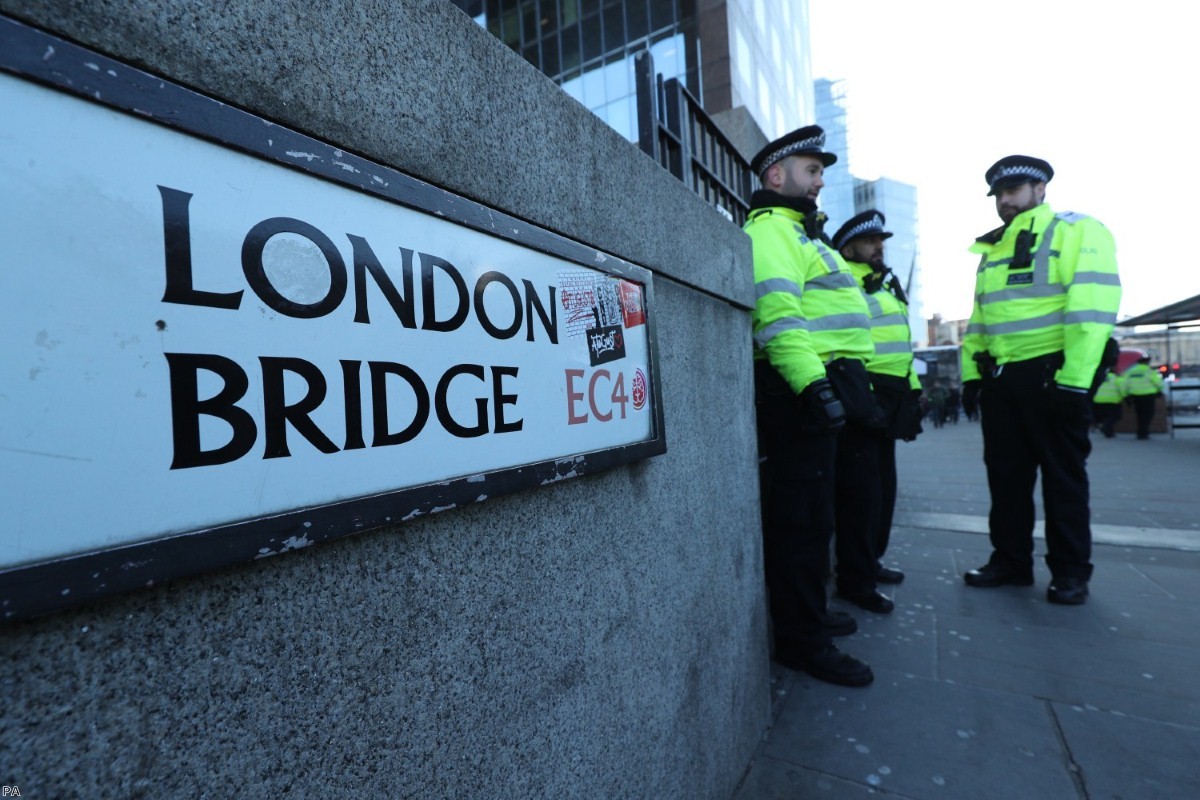 Tories blame migrants for their own failure on security

The dust hadn't even settled on the London Bridge terror attack before the Tories went into attack mode. Following Boris Johnson's article about sentencing on Sunday, Priti Patel announced a new electronic Esta-style visa for anyone coming to the UK from the EU after Brexit on Monday – similar to one that Brits have to complete in order to travel to the US if they don't have a visa.

"My powers as home secretary to deny entry to EU citizens who have committed serious crimes are severely limited in scope," she wrote in the Telegraph. "Like me, the British public have had enough of our inability to control who and what comes into our country."

The timing was disgraceful and the message utter nonsense. One of the heroes from Friday was Lukasz Koczocik, a Polish kitchen worker who was stabbed five times as he fought the attacker. Europeans aren't threats to our security. They help protect it.

Patel's grim message is part of a Conservative narrative which began during the referendum campaign. Freedom of movement was portrayed as a vulnerability that put us more at risk of crime. Earlier in this election campaign Michael Gove had eagerly taken it up once more, suggesting that freedom of movement was "extreme, dangerous and out of touch with the British people".

The truth is that under EU law, anyone who commits serious or persistent crimes and are seen as a "genuine, present and sufficiently serious threat" can be refused entry to the UK.

Even putting aside the dog whistle politics behind the proposal, the idea of an Esta system is completely flawed when you examine the Conservatives record in government on securing our borders and what could happen after Brexit.

If the UK leaves the EU with no deal, it would mean that overnight our police would lose access to the vital SIS II EU security database, which they checked over 500 million times last year.

It wouldmean reliance on a less effective Interpol system, known as the I-24/7 database, which contain red 'wanted notices'. According to senior police, the UK makes an "absolutely miniscule" number of arrests based on these notices. Unlike EU systems, they don't give police the power to immediately arrest suspects because they require a magistrate to approve a warrant first.

The UK would also lose access to the European arrest warrant system, which enables over 100 criminals a year to be brought back to the UK from other EU countries to face justice. Earlier this year, the police issued a European arrest warrant for the alleged poisoning of Sergej and Yulia Skripal in Salisbury, demonstrating just how important this system is.

The promises to toughen up our borders are just an attempt to win votes by pretending to fix the problems they created in the first place. Late last year, the government was told by the chief inspector of borders and immigration that the Border Force was "resourced to fail" due to staff shortages at certain ports and unable to stop people entering the UK illegally. That was eight years after they entered office. Now they blame immigrants for a resource failure they were responsible for.

The Esta plan is another Tory wheeze designed to eek out more votes in marginal seats. But if they were really were worried about securing our borders, they would have invested in adequate border staff numbers years ago and would not have been threatening to withhold security cooperation from Europe to get the Brexit deal they wanted. This isn't about security at all. It's just pitiful electioneering and anti-migrant cynicism.

Chris Key is an active member of the Liberal Democrats, and campaigner on issues related to mental health. He joined the party in 2015. You can follow him here.