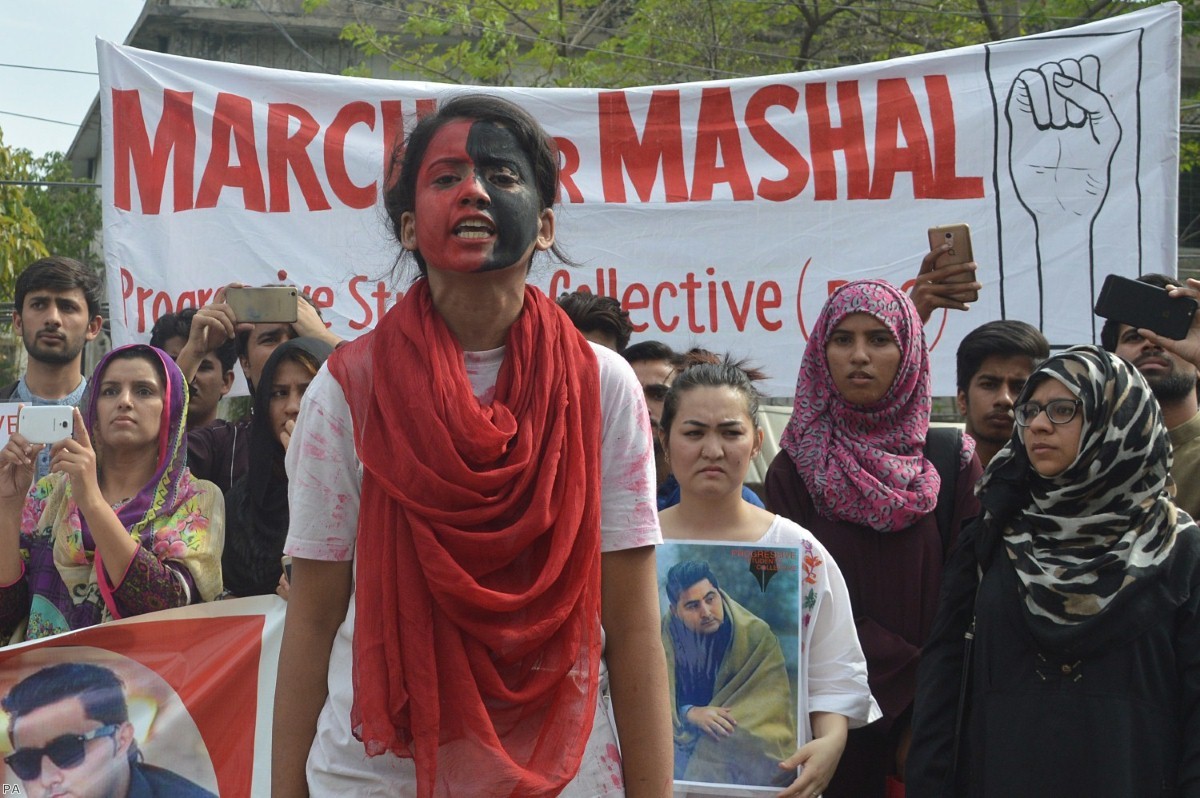 The war against the non-religious: Blasphemy laws on the rise

illions of people – more people than ever – live in countries with severely limited freedom of thought, expression and association, where  criticising a religion, or simply being non-religious, can result in serious persecution.

The 2019 Freedom of Thought report, released today by Humanists International, monitors the situation for humanists and other non-religious people in every country of the world. It highlights this year that, for many, the situation is getting worse.

This year the thematic focus of the report has been in laws against 'blasphemy' and 'apostasy'. There has been some progress in the last five years, with eight countries having abolished blasphemy laws, but these were mainly countries that were already relatively free. Around 70 other countries still retain severe punishments for leaving a religion or expressing non-religious beliefs.

In Pakistan, for example, those that express these views publicly or leave Islam can face the death penalty, mob violence, incarceration and extrajuidical violence. In countries like Brunei and Mauritania, persecution has become more acute in the last two years and we have seen  the introduction of death sentences for both blasphemy and apostasy.

These laws are – always and everywhere – a violation of the human rights to freedom of thought and expression. The logic that supports them is narrow, perverted, and an abuse of human freedom and intellect.

Defenders of apostasy laws say that to shun a religion is a crime because it contradicts a religious prohibition and a natural law – peculiar logic when the very point is that the person in question, by definition, does not share that belief. In fact, the very existence of the law itself presupposes that obviously people's minds do change and that, given freedom of enquiry, people will reach different conclusions about the various metaphysical, moral and historical questions that religions hope to address.

Defenders of blasphemy laws will often make a narrowly religious case, for instance that blasphemy is an 'offence against God'. But they often also produce a more secular argument around the harmful effects on society upon hearing criticism, ridicule, or insult to beliefs that many members of society hold dear. Humanists argue that a right to be immune from general criticism does not and should not exist, but we do have a very fundamental right to express ourselves.

In the West, some argue that blasphemy laws are necessary to curb behaviour that is genuinely hateful. But laws can target harassment, intimidation and incitement without employing the incommensurable, ambiguous religious concept of blasphemy. And in any case, there is an obvious difference between making a criticism of a religious institution in a blog or conversation from a weak social position of dissent and shouting it in the face of an adherent on the street or outside their place of worship.

It is sometimes argued that such laws help to combat social 'disharmony' or extremism. But it's very clear looking at this year's Freedom of Thought report in particular, that countries with the most severe and widely-enforced blasphemy laws are usually those with the most religious tension and extremism.

Humanist and other nonreligious people face growing persecution globally, in every sphere, from family law to criminal law, and in policy. The causes are various. Sometimes it's religious extremism, whether Christian or Muslim. Sometimes it's ethnic nationalism, whether in India, Russia, America, or Europe. Sometimes it's authoritarian governments, such as in China. Those without a faith are one of the most viciously persecuted belief minorities in the world.

The answer to their persecution, however, is not to focus on the rights of the nonreligious but to reclaim the universal nature of the human right to freedom of opinion and expression of all people.

Recent policy in countries such as the US and UK, which say they want to promote this freedom, has been to emphasise the persecution of Christians in particular. Initiatives like this are also highlighted in this year's report as being to the detriment of freedom where they exceptionalise one group seemingly for political reasons. The right approach is to stand up for freedom for all.

In countries where this year's report shows that humanists are most free – whether the Netherlands, Norway, or Japan – it is because all people are more free. We must promote this right to freedom of religion or belief for all people, indivisible.

Andrew Copson is president of Humanists International and chief executive of Humanists UK. His latest book, Secularism: a very short introduction, out now.