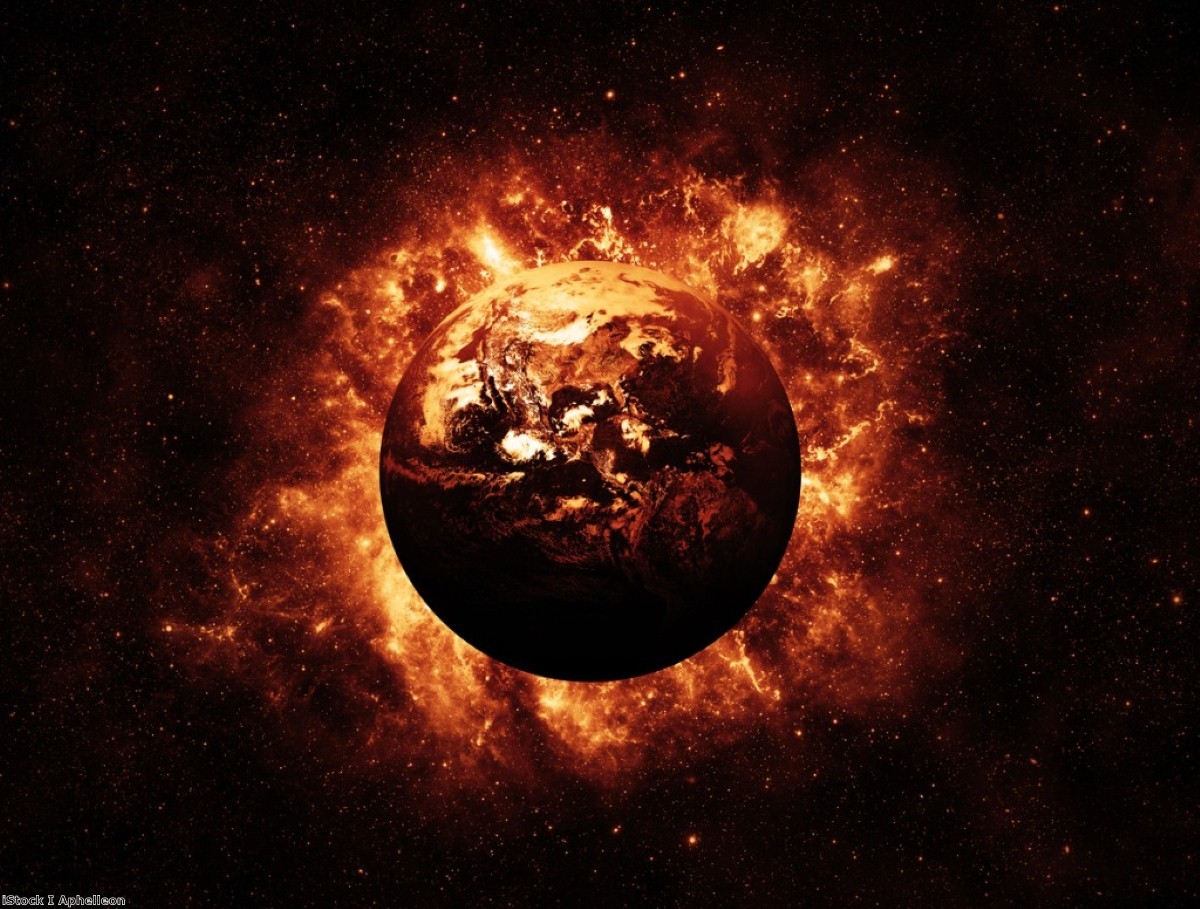 Tackling the climate crisis: The questions politicians must answer

As awareness of the ecological and climate crises we face grows, political parties are increasingly trying to highlight their green credentials. But we need to hold them to a high standard, to see how serious they really are about tackling the emergency. These are the questions we need to ask them.

Will you end fossil fuel subsidies?

In an economy that has been built on the dominance of oil, fossil fuel subsidies are the viruses that infect every area and stunt the urgent transition we desperately need.

The UK spends £10.5 billion a year supporting fossil fuels – more than any other country in the European Union. But while parties talk a good game about investing in renewable energy, they don't tend to embrace the need to simultaneously end our unhealthy addiction to dirty energy. They support new coal mines and continue to subsidise energy which pumps lethal carbon into the atmosphere – sometimes even wearing it as a badge of honour.

Ending these massive subsidies would provide the additional investment we desperately need for the green energy revolution. But perhaps more importantly only by removing these subsidies can we actually transition the economy in the way that is needed – for example by ending the tax exemption on aviation fuel to stem the growth in destructive flights, as well as ensuring that fossil fuels are kept in the ground. It is only by ending the subsidies that we can also make the transition in the timescale that is required to meet what is now acknowledged as a climate emergency.

Any party that is serious about tackling the climate chaos must put ending these subsidies as the top priority.

Will you stop airport expansion?

It is no good opposing Heathrow expansion if you are then going to support expansion of Gatwick instead, or for that matter Manchester, Bristol or any other airport. Seventy per cent of flights are taken by just 15% of people. What we need instead of expansion is the political will to introduce a Frequent Flier Levy that tackles the insatiable aviation demand of the super-rich.

The current government believes that it can get away with expanding airports, because it has continually refused to include emissions from international aviation in its plans to reduce carbon. That must change.  And we must be realistic about the carbon for which we are responsible.  Expanding airports isn't something that happens in isolation to the rest of the world.  It has the potential to trigger an aviation arms race, with other countries competing to expand their airports too. To show global leadership, we must lead by example.

Will you stop road building?

Of course every time you expand an airport, a whole load of extra roads tend to come with it – as we are seeing with destructive plans for Heathrow.  But we must halt the road building programme completely – whether that be the expansion of motorways or the mayor of London's Silvertown Tunnel.

More roads lead directly to more pollution and worsening air quality. As we announced on the eve of our conference in Newport, we would allocate proceeds of the Vehicle Exercise Duty (VED) that are currently earmarked for roads (£6.5 billion a year) towards free bus travel. In this way we would strengthen a key principle of a Green New Deal: the idea that to decarbonise our economy, green public transport must be incentivised and radically expanded. This in turn will reduce the number of vehicles on our roads and help reduce the air pollution, the silent killer of 40,000 Britons a year.

At present other parties believe they can address the carbon and pollution crisis by simply replacing gas guzzlers with electric vehicles.  The truth is that we need to think completely differently about how we move around.

Manufacturing a battery powered electric passenger car alone emits between 6 and 16 tonnes of C02. And electric vehicles may emit no CO2 but they produce small particle pollution from brake discs and tyres and by throwing up dust from roads. A 2017 European Commission research paper found that about half of all particulate matter comes from these sources.

Privately owned cars are in use for just four per cent of the time. They spend the other 96% of their time parked. They are a huge waste of resource at a time when we must do more with less.

Whether it's car clubs, or a public transport revolution, we must think in new ways about transport for the future.

Will you knock HS2 on the head?

No party that is serious about tackling global heating can support HS2. This act of environmental vandalism would threaten the water supply, divert rivers, concrete over vast areas of countryside and destroy biodiversity – including over 60 ancient woodlands and all at a time where there is a growing recognition of the fundamental links between the ecological and climate crises.  The head of HS2 himself has admitted it would not be carbon neutral for over 120 years. We need to be carbon neutral in just ten.

If we are going to have the local transport revolution that will give people the option to get out of their cars for the school run, the shopping trip and the commute, we need to scrap HS2 and invest the money in other infrastructure. That's how we fund it.

The cost of HS2 is eye watering. It is now on course to hit £88bn. The tens of billions would be far better spent in electrifying existing railways, putting in new lines, and updating our aged rail infrastructure right around the country – as well as putting in new bus routes and services to serve every community, however remote.

This transport revolution is particularly vital if we are to get the benefits of a renewable-energy driven 'blue new deal' for coastal communities.  Simply expanding offshore renewables will not on its own bring the transformation that we need without the transport infrastructure to go with it.

The New Economics Foundation estimates that we could generate over six times our annual electricity needs from offshore renewables. And with the advent of tidal power and new storage technology, as the former head of the national grid has said, the old, tired argument about needing big power stations should be consigned to the past.

It is anachronistic to still speak of a role for nuclear power. Continuing to invest in the white elephant of Hinkley Point C and similar projects means not realising the possibilities that renewable energy are offering us. It means adopting 20th Century solutions to 21st Century problems.

It's also far more expensive. Wind power is already now less than half the cost of the terrible deal that we are being locked into with nuclear power at Hinkley C – which is still years away from completion. Coupled with the security risks, the length of time it takes to build new nuclear, and the environmental costs of mining uranium to fuel it, it is hard to see any argument for continuing with this outdated approach.  Indeed, it seems the only reason the big parties are wedded to it is because it provides a subsidy through our energy bills for renewing the nuclear weapons that these same parties are also committed to.

The measures above would save hundreds of billions over the next ten years – money which can be ploughed into the real transformation that we urgently need to see.

And these are only some of the questions that every party that is serious about tackling climate chaos must answer. Alongside them, is the urgent need to tackle the ecological crisis and put in place all those policies needed to reverse the decline in nature biodiversity.  We need transformation of agriculture to return it to its pre factory-farming state, mass rewilding and reforestation. The incentives to move away from meat-based diets.  We need a fossil free politics, where oil companies and airport expanders aren't trying to buy influence.

We need reform of the tax system so we embrace repair and reuse, and penalise planned obsolescence. An economy based on limitless growth has created a vicious cycle of production and consumption – with more and more being created for the sake of it, destined not to bring lasting enjoyment or use but to be ploughed into landfill and thrown into our oceans.

A Green New Deal isn't just about a massive investment in renewable energy, it is about recognising that every sector of the economy needs to change, as well as the way we live and the way we work.  There can be no more business as usual.  And that means that new choices must be made.

We cannot go on with the same thinking that has brought us to the brink of catastrophe.  The situation is urgent and as the IPCC has made clear, we have just ten years to complete the transformation that needs to take place. This is no time for gimmicks. We must act boldly and radically. The time is now.

Jonathan Bartley is co-leader of the Green Party.