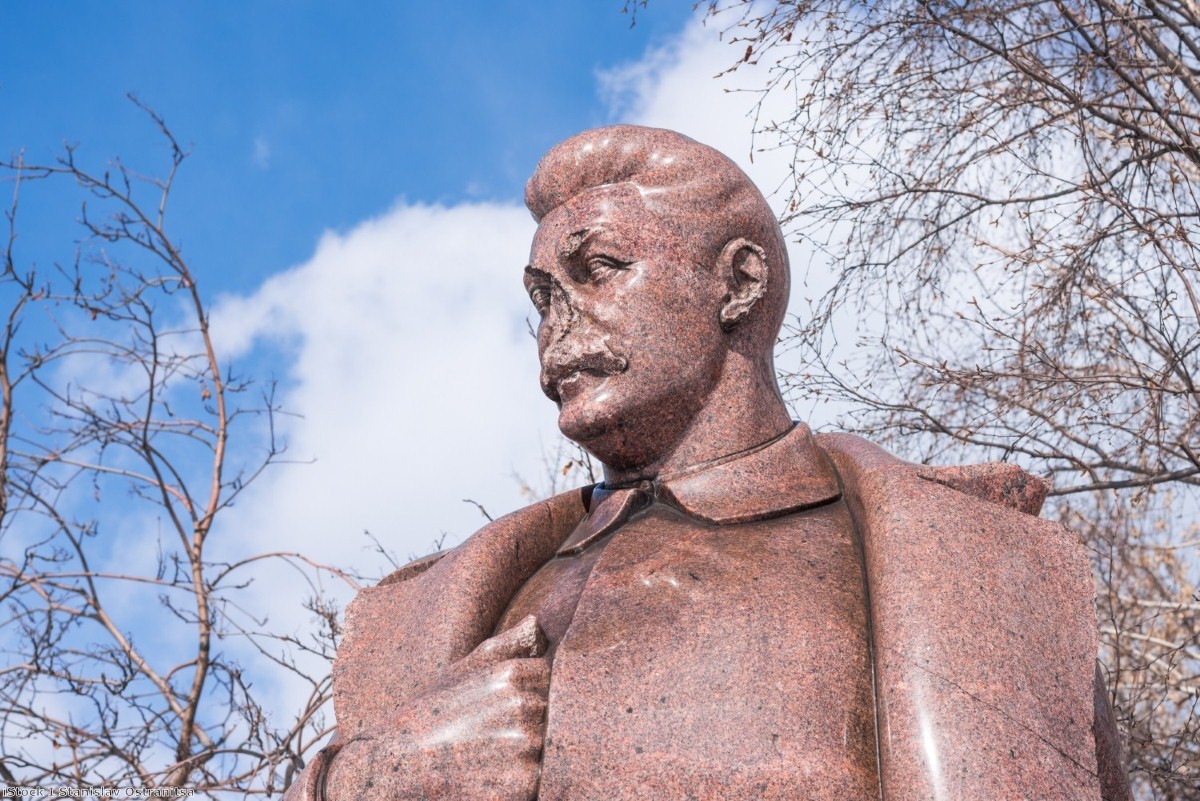 Russia rightly embraces various anniversaries of the Second World War. The Soviet Union made great sacrifices to defeat Nazi Germany and it suffered terribly during the war. Heroism was displayed by millions. But it's also worth remembering the aspects of that period which the Russian government tries to pretend never happened.

You can read the text of the treaty in English here. From the very beginning of the Second World War until the Nazi invasion of the USSR in June 1941, the Soviet Union was on the same side of the war as Hitler.

Everyone remembers Hitler invading Poland on September 1st 1939. A lot of people conveniently forget that the USSR invaded Poland from the east only a few weeks later. Indeed, Soviet and German troops staged a joint parade at Brest, along their newly defined frontier.

The Soviet occupation of Eastern Poland meant that 200,000 square kilometres of Poland and over 13 million Polish citizens found themselves under the yoke of Soviet oppression. A quarter of a million Polish prisoners of war found themselves in Soviet camps, not German ones. Many were massacred at Katyn in 1940. The German Gestapo and Soviet NKVD even held a series of conferences on how to cooperate in the oppression of occupied Poland.

The alliance was economic as much as geopolitical. The amount of trade between the two nations during the 1939-1941 period was staggering. Massive amounts of raw material flowed from the USSR to Nazi Germany, including 1.6 million tons of grain and 900,000 tons of oil. The fascist army that invaded France, Belgium, and the Netherlands was literally fed by communist grain. Bomber planes over London were fuelled by communist oil.

In return, Stalin received a low interest loan from Germany for the equivalent of billions in modern money and bought technology and manufactured goods. Soviet factory orders actually took high priority in Germany, right up until the invasion. German technology was incorporated in the Soviet T-34 tank. A Kriegsmarine heavy cruiser, the Lützow, was sent to the USSR and it became the Petropavlovsk. The USSR was Hitler’s ally up until the day that the Third Reich invaded it in June 1941.

The pact carved up much of Eastern Europe. Poland was partitioned. Stalin invaded Finland, as it was firmly assigned by the treaty to the Soviet sphere of influence. Finland, greatly outnumbered and outgunned, fought the Red Army to a standstill, but had to eventually concede defeat and give up various border regions to Soviet control. The region of Karelia remains under Russian control to this day, a testimony to the lasting impact of the pact. By the end of the fighting in early 1940, over 100,000 Soviet soldiers and 25,000 Finnish soldiers had died.

What is now the nation of Moldova was carved off from Romania in 1940. Lithuania, Latvia, and Estonia were 'given' to the USSR by this agreement, which had no right to do so. Based firmly on the agreement, these three Baltic states were forcibly annexed into the USSR in 1940. Soviet occupation in the three Baltic states was fierce – both in its original 1940 incarnation and when they were re-occupied in 1944. It stayed that way until 1991.

Russian nationalists should find this episode in history deeply embarrassing. It was official policy in the USSR after the war to deny it ever existed. It wasn't mentioned in books or lectures.

But at the time, it wasn't secret. It was widely reported around the world.

In an attempt to retrospectively quash history, the very existence of the pact was ignored for decades. It was only in late 1989 that the Gorbachev government officially acknowledged that it ever existed. The Russian-language copy of the text of the treaty was not published in Russia until 1993, after the end of the USSR.

There is a curious mixture nowadays of people who either defend the pact or deny it ever happened. President Putin is in the former camp. He made the case for it in meetings with Chancellor Merkel in 2015. On the other side of the spectrum, one Russian citizen was fined 200,000 rubles by a Russian court for pointing out that the USSR had, in fact, invaded Poland in 1939. Russian textbooks play down the existence of the pact and insist that the Second World War started in 1941.

The pact helps explain the political geography of Eastern Europe to this day.  It divided up much of the region between Germany and Russia.

Lithuania, Latvia, Estonia, and the part of Romania now known as the nation of Moldova were 'given' to Stalin in this treaty. The borders of Poland, Romania, Finland, and Belarus are affected by the treaty. Karelia is still in Russia. Many cities that were once Polish are now in Ukraine or Belarus.

For the peoples stuck between Germany and the USSR, this pact became a symbol of the rest of the world throwing them under the bus. It sealed the fates of millions of people for many decades. The 23rd of August became a rallying point for the independence movements in Estonia, Latvia, and Lithuania.

The official denials of the treaty do not square up with the memories of people who had been alive at the time and do not match the daily reality of Baltic residents. If the pact did not exist, why were they in the USSR?

In one of the largest acts of passive resistance in human history, approximately two million people formed a human chain in 1989 which stretched 600 km from Tallinn in the north, to Vilnius in the south. This amounts to one person in four. Everything came to a halt for these people to protest a treaty that their occupiers still claimed did not exist.

It was a powerful symbol that is now part of the modern political history of the Baltic states and catalysed the independence movements in all three countries. The following year, Estonia, Latvia, and Lithuania all re-asserted their independence.

We should remember this pact for what it was – a tragic and cynical alliance between despots that had horrific effects on millions of people. It is no coincidence that the European Union declared in 2009 that 23 August is European Day of Remembrance for Victims of Stalinism and Nazism. Let us commemorate that day and not let them wipe it from history.

Dan Kaszeta is a London-based consultant in security and chemical defence. He has 28 years experience in the field, with roles in the US Army, the White House, the US Secret Service, and private industry. You can follow him on Twitter here. Readers who are interested in further information on the Hitler-Stalin pact are encouraged to read Roger Moorhouse's 2014 book The Devil’s Alliance.