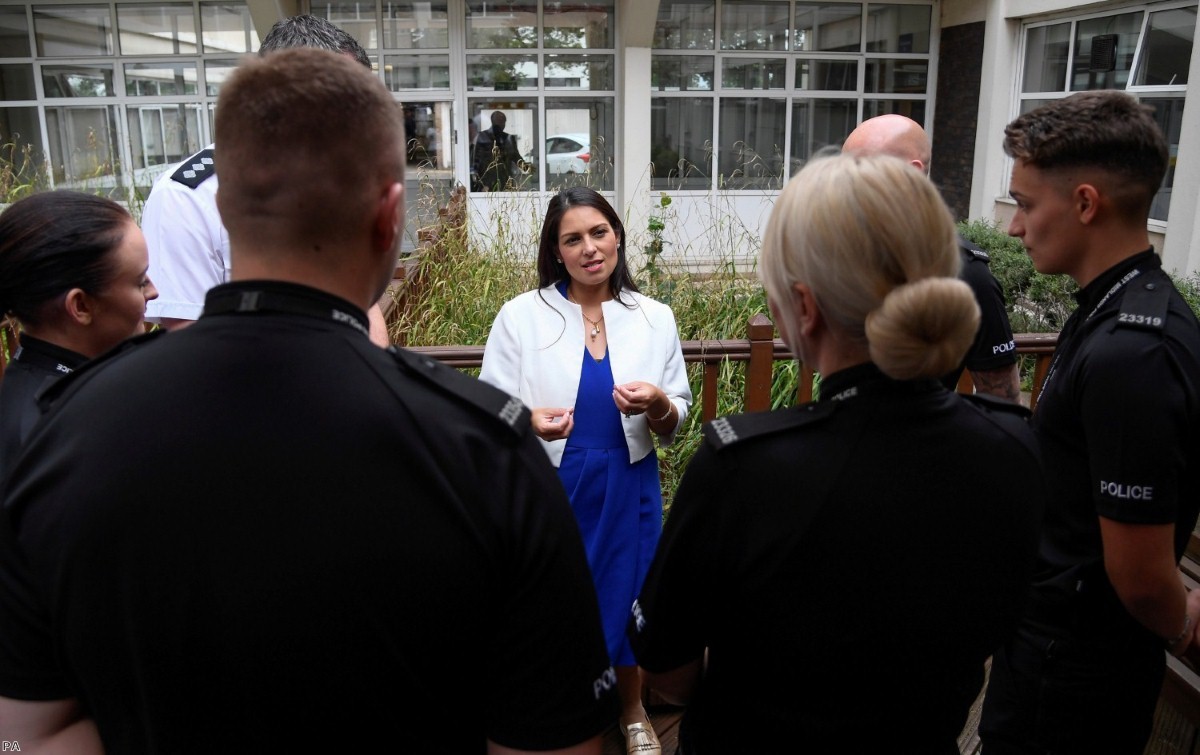 Priti Patel is the Lazarus of British politics. Two years ago, most sane people thought her ministerial career was, if not dead, then at least likely to go into long hibernation. She'd just resigned as international development secretary after conducting unauthorised meetings with Israeli officials while on holiday. It potentially bore on her professional work and raised questions around the manner in which she'd treated aid policy in relation to Israel. She had to go.

Patel was humiliated as the British media spent all afternoon tracking her flight back from Kenya, knowing she was toast the moment she met Theresa May back in London. "8,000 feet. Priti Patel's career is now back in the upright position and the tray table has been stowed," mocked Dan Hodges on Twitter. But never speak too quickly. Because she's already back, this time with a promotion to home secretary.

We shouldn't be surprised. She's spent the last few weeks acting as a human shield for Boris Johnson and was a key member of the Vote Leave campaign.

She is an appalling choice for several reasons. Take her stance on immigration. Her parents, Gujarati Indians, moved from Uganda to Britain in the 1960s, several years before Idi Amin came to power and announced he would expel Ugandan Asians. Despite this country giving her parents sanctuary, she blew the immigration dog whistle so loudly during the EU referendum it's amazing she had any breath left. She blamed "uncontrolled EU migration" for British children missing out on their first choice of school. The real culprit was her own government, which had failed to provide enough school places.

When Lord Alf Dubs moved an amendment to allow Syrian refugee children to be able to come to the UK, Patel voted against it. A few months later, she claimed the UK was "doing more than our fair share".

Patel will appeal to the Tory right on law and order. She has previously stated she favoured a return of the death penalty and made herself look ridiculous on Question Time in the process. It appears that she may have subsequently had a change of heart but it's perfectly possible she'll float the idea again in order to swing a few marginal seats the Tories' way when the inevitable snap general election comes.

Her record on other social issues is grimly regressive. Patel has voted for the continued detention of pregnant women in detention centres and against same sex marriage.

It's a depressing state of affairs. Trump is treating migrant children like animals in US detention centres. The Brazilian president has warned his country should not become a "gay tourism paradise". We're in the midst of an ugly global rise in intolerance. You might wish that Britain was out there, on the international stage, calling for tolerance. But instead, this is the person appointed home secretary. Think of the message that sends.