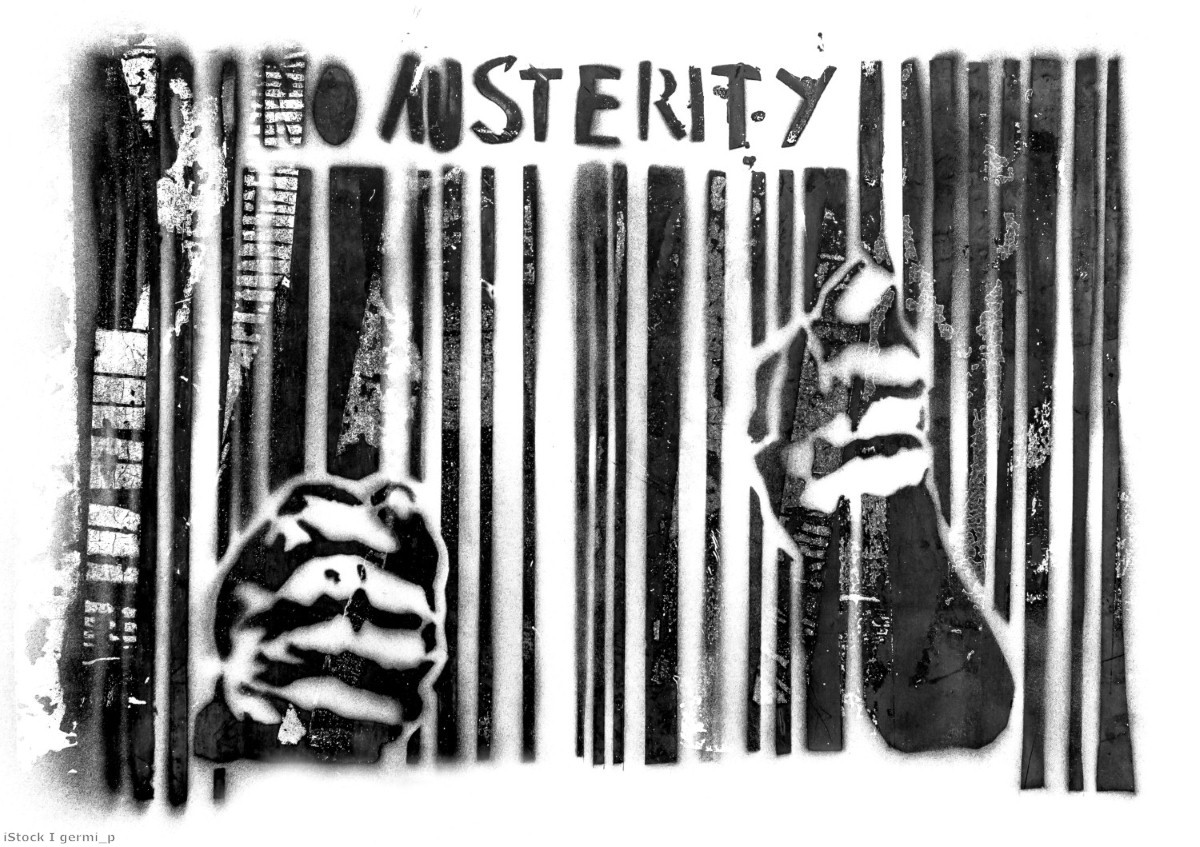 Austerity: The issue no-one talks about is still ruining lives

It's hard to pay too much attention to the Tory leadership race. Last week's vote left us with an all-male line-up of candidates of almost indistinguishable views and backgrounds. Only members of the Conservative party can vote for them anyway and it's seemed depressingly likely from the start that Boris Johnson will win, no matter how much people complain.

But while the soap opera goes on, the real problems created by this government lie unsolved. Last week a book came out that shone a light on a situation that desperately needs renewed attention and engagement. The journalist Frances Ryan, who has spent years reporting on the experiences of people with disabilities in the UK, published a searing record of all the ways that cuts have impacted on people's lives since 2011.

'Crippled: Austerity and the Demonisation of Disabled People' is a timely read that could bring anyone out of a Brexit news-induced stupor. The stories it contains are horrific.

There have been different outrages. The cruelty of the bedroom tax and the fit-for-work tests hit the headlines at least, but many others have gone under the radar. Tens of thousands of disabled people in the UK are living in destitution and hard-won rights have been rolled back.

Ryan speaks to people who are disabled or have a long-term illness surviving in freezing homes. She speaks to a wheelchair-bound woman living off cereal after needing to cover care expenses, and to families of children with special educational needs who are permanently out of school due to cuts in the service.

Earlier this year, figures from the Department of Work and Pensions showed that more than 17,000 people had died waiting for Personal Independence Payments after registering between 2013 and 2018.

In May, the UN's rapporteur on extreme poverty and human rights concluded a series of reports on the UK by repeating that the country is "failing to uphold human rights". It confirmed that disabled people had been hardest hit by austerity. These policies, it concluded, "continue largely unabated, despite the tragic social consequences".

At the time, the DWP denied the UN's findings, describing its report as a "barely recognisable" picture of the UK. But the evidence and personal testimony have mounted up. The report's findings are now irrefutable.

So given the appalling backdrop, what do the Tory leadership hopefuls say they want to do about disability cuts? Well, the issue hasn't got much of a mention so far – certainly not with the level of urgency one might expect. The debate has focused on Brexit, the NHS' role in trade deals, and who has taken cocaine.

Sunday's Channel 4 debate saw questions from a live audience which prompted some impassioned calls from the candidates for more funding for public services. It was hard to take that seriously given they have themselves been in charge of cutting that funding for the best part of a decade.

Jeremy Hunt and Rory Stewart talked about better social care for the elderly, Michael Gove and Sajid Javid talked about better-funded schools. That was it. A quick mention of the austerity scar while they desperately tried to talk about other things.

The fact is all six candidates voted along with the rest of the party to usher in reductions to benefits for people with disabilities, fit-for-work tests and the bedroom tax. Stewart might be a liberal fave, but he's not much of a rebel.

Meanwhile, the front runner has been typically mercurial on the issue. When Johnson was mayor of London in 2012, he wrote to a consultation expressing his concern that cuts would push disadvantaged people further into poverty. "While some reform may be necessary… the mayor is concerned that, if the focus of this reform is solely efficiency driven, government may fail to ensure that the needs of disabled people are adequately met," the letter said.

But then fast forward to parliament in 2015 and he voted to reduce benefits generally and prevent amendments that could have seen more money going to people with disabilities or cancer.

We just don't know how any of the candidates will really behave on this issue. It's partly because they never cared much about it in the past and partly because they don't care enough about it enough in the present. Under the radar, the horror stories go on. But you'd never know by watching the Tory leadership race.

Helen Lock is a freelance journalist who writes about social affairs. You can follow her on Twitter here.