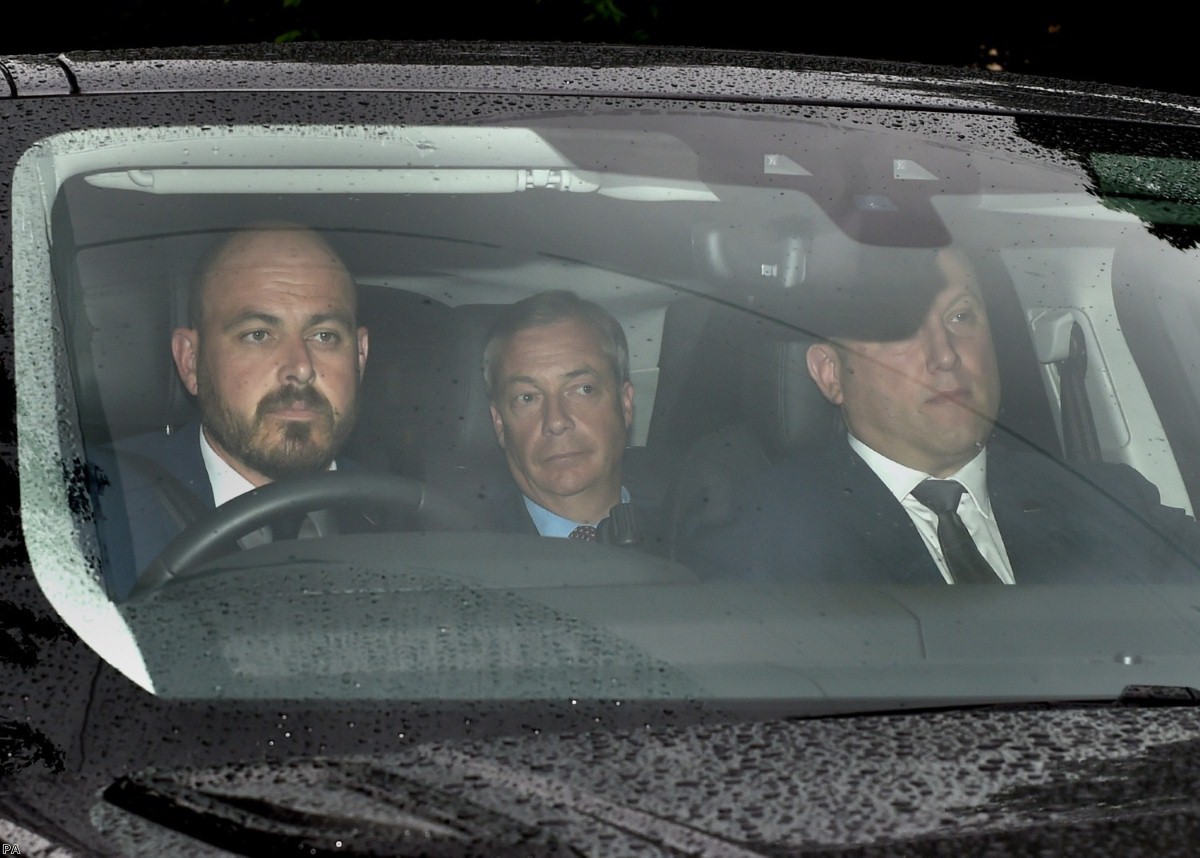 Noise trumps sound. Since the Brexit Party topped the polls at the European elections, Nigel Farage has drowned out every other voice as he fills the ever yielding airwaves.

Challenged by a television interviewer on the larger combined vote share secured by 'Hard Remain' parties, he simply tried to shout her down.

Little wonder, then, that few people realise his party actually underperformed compared to pre-election polls, while the Greens and Lib Dems did better than predicted. While the Brexit party's performance made progress on Ukip's efforts in 2014, critical analysis has been pushed to one side.

It would be safe to assume the Brexit party performed best in the most pro-Brexit areas – but that depends on what we mean by 'best'.

Most coverage has centred on how many seats Farage won and what his share of the vote was. But there's another metric which is very revealing and never asked: How did Farage perform in comparison to the Leave vote in 2016. How effectively is he able to harness the support of those who backed Bexit three years ago?

I've measured this by looking at the gap between the 2016 Leave vote in each council area and the corresponding local 2019 Brexit party vote share.

The following table shows the 25 areas in England and Wales (Scotland has its own very distinct political dynamics) where the Brexit party performed relatively worst in the European elections – the areas where its 2019 vote share was furthest behind the 2016 Leave vote.

Two things are immediately obvious – there's a balance of Leave-voting and Remain-voting areas, and virtually all these areas are primarily urban, often with relatively high levels of local poverty.

Greater London and the North West dominate, together with ethnically diverse towns and cities in the Midlands.

Some areas, like Ealing and Manchester, are very 'Remainy' – others, such as Oldham and Hyndburn, epitomise working-class Leave voters. London boroughs with relatively high Leave votes for the capital feature prominently – Newham, Barking, Hounslow, Hillingdon. Taken together, these 25 areas overwhelmingly return Labour MPs to parliament.

The 25 areas with the strongest relative Brexit party performances are:

Every single one of these areas is in Southern England. Three are heavy Remain-voting boroughs of London. The others are strewn across the South East, South West and East Anglia. Many are fairly prosperous – Uttlesford is at the Saffron Walden end of Essex – very white, and generally vote Tory, albeit with pockets of historic Lib Dem strength.

These areas are a balanced mix of Leave and Remain-leaning areas  – though only Torbay, Torridge and Swale recorded Leave votes above 60%. They are mostly a combination of leafy commuter suburbs, market towns and semi-rural districts.

The Brexit party's performance relative to the local Leave vote is therefore not at all dependent on the size of the Leave vote. Instead, there are clear distinctions based on geography, class, ethnicity and urban density.

Which leaves the question: why?

Given that (white) working class voters are more likely to back Leave than Remain, this might explain the relatively depressed Brexit party votes in working class seats. By contrast, middle class Leave voters in the southern Tory shires turned out, pushing up the Brexit party's relative success in southern England.

But variable turnout cuts both ways. Working class voters are a low-turnout group – but older voters are a high-turnout group, and Leave support is stronger among the old. Younger voters in cities like Birmingham, London, Manchester and Leicester are statistically likelier to vote Remain, but unlikelier to have voted at all on May 23rd. Why hasn't their absence boosted the Brexit party's vote share in these cities?

Moreover, the average swing from Ukip to the Brexit party was similar in both sets of 25 areas, with Farage's vote tally mostly appearing to combine the 2014 Ukip vote with defections from local Conservatives. In some areas, such as Burnley and Pendle, there's a clear shift of Labour voters towards Farage as well – but this is the exception, not the norm.

It's often forgotten that Farage himself is an unpopular politician – more people dislike him than support him. His appeal has limits – ethnic minority voters being a likely example, be they Leave voters or not. Does he really connect with working class voters the way middle class journalists assume?

It is too early to know for sure what is driving this. It's almost certainly not because working class Leavers are suddenly flocking to Remain. But there is an alternative explanation that is worth considering.

While many middle class Conservative Brexiters had been eurosceptic for decades, the working class Leave vote was at least in part a protest vote against the established order. Many did not vote in the 2014 European elections but turned out in the referendum, motivated by what was marketed as a 'change' campaign.

Are these urban, working class Leave voters now giving up on electoral politics, alienated by three years of indecision and incompetence, together with total paralysis in other key policy areas?

If so, what happens then?